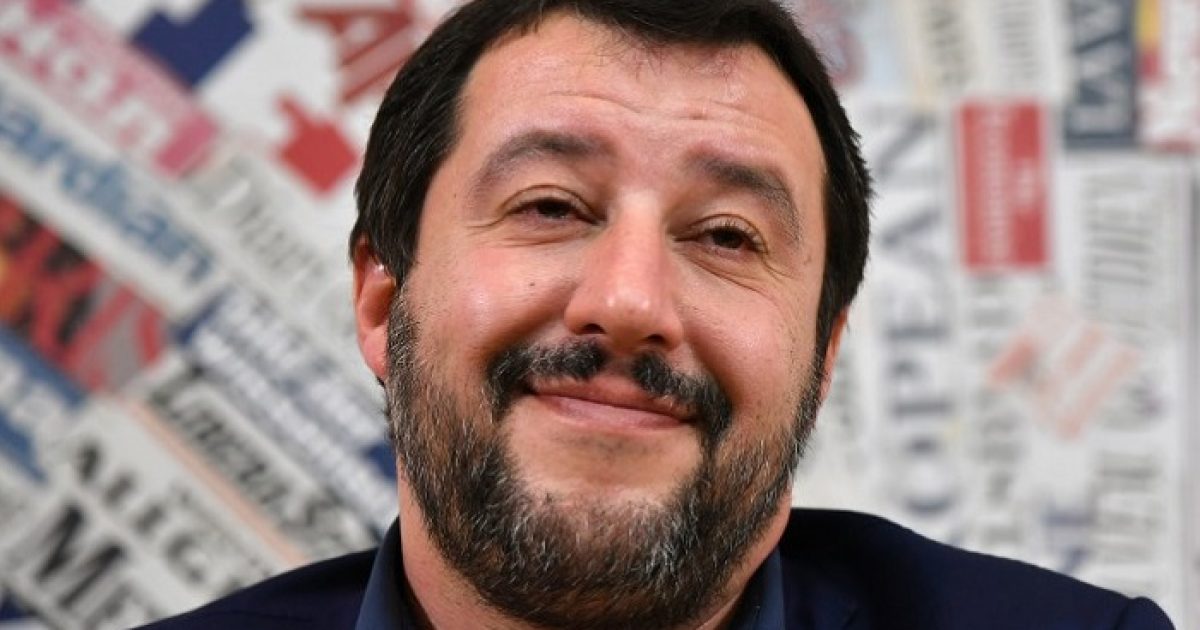 Salvini is right, but he will be excoriated as a “racist” anyway.

The political and media elites expect, and indeed demand, that the countries of the West commit national suicide.

Anything short of that is “racist” and “neo-Nazi.”

Italy’s Interior Minister, Matteo Salvini, who vowed to deport hundreds of thousands of illegal African migrants from Italy back to their respective countries, seems to have started in earnest now….

After reaching several agreements with their country of origin, Italian authorities loaded the immigrants onto a boat to Libya, where they’d then be put on a plane to Nigeria. Later, Mr Matteo Salvini commented: “there’ll be 165 fewer potential rapists of our women, and this is only the beginning.”

With this act Italy wants to send a strong message to migrants: “We want African migrants to know that if they come here, we will send them back. Italy is no longer open to all types of immigration.”

This coincides with Mr Salvini’s message to the UN – that Italy cannot be accused of “racism” as during decades Italy took in thousands of migrants. “Deporting them isn’t racist, it’s merely common sense.” Mr Salvini is now considering cutting funds to the United Nations.