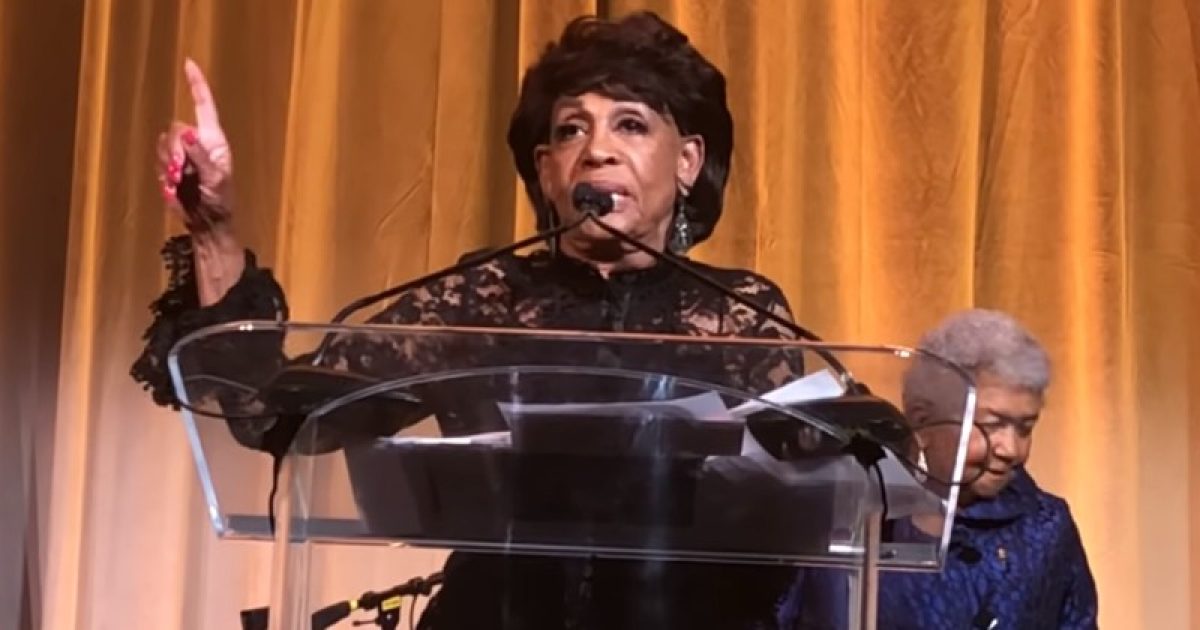 Congresswoman Maxine Waters (D-CA) is known for her incendiary comments, calling for mobs to crowd around President Donald Trump’s cabinet members in public and bully them by telling them they aren’t welcome wherever they are at, recently made comments during a speech where she received a “diversity” award, calling on supporters to “knock off” President Trump and then go after Vice President Mike Pence.

“There are those who say, ‘What if we get rid of him? Then we’ve got that Vice President and he’ll be worse,’” she said.  “I say knock off the first one and then go after the second one.”

Says the assaulting Congresswoman who lives in a district she doesn't represent and who calls for mobs to bully Trump cabinet members. https://t.co/2K1elDifTW

I have no doubt that Waters knows the term “knock off” means to murder or assassinate someone.  The woman is in her 70s so there’s no doubt she understands this no matter how unhinged she has become.  In fact, that should give people pause as to what criminally-minded, not Left-minded, people like Maxine Waters are willing to say and even do to advance their agenda.

More and more, the supporters and minions of people like Maxine Waters are becoming openly violent, but it’s Trump who is inciting people, right?  It’s Donald Trump who is hateful, right?

In June, Waters, while brandishing Scripture out of context and claiming God was on her side, called on supporters: “Let’s make sure we show up wherever we have to show up. And if you see anybody from that Cabinet in a restaurant, in a department store, at a gasoline station, you get out and you create a crowd. And you push back on them. And you tell them they’re not welcome anymore, anywhere.”

Later that month, she assaulted an investigative reporter who dared to question her incitement to violence.

She later played the victim by canceling events and claiming she was receiving death threats.

Back in July, Waters said that God had sent her to “get Trump.”  Just days later, the Los Angeles Police Department warned peaceful protesters that if Water’s minions, who threatened them with pipes and baseball bats, began to attack, the LAPD would flee the scene.

The only thing corrupt, crowd inciting socialist Maxine Waters will understand is prosecution and swift justice, but the only reason she is not facing that is because the Trump administration simply will not bring justice to bear.