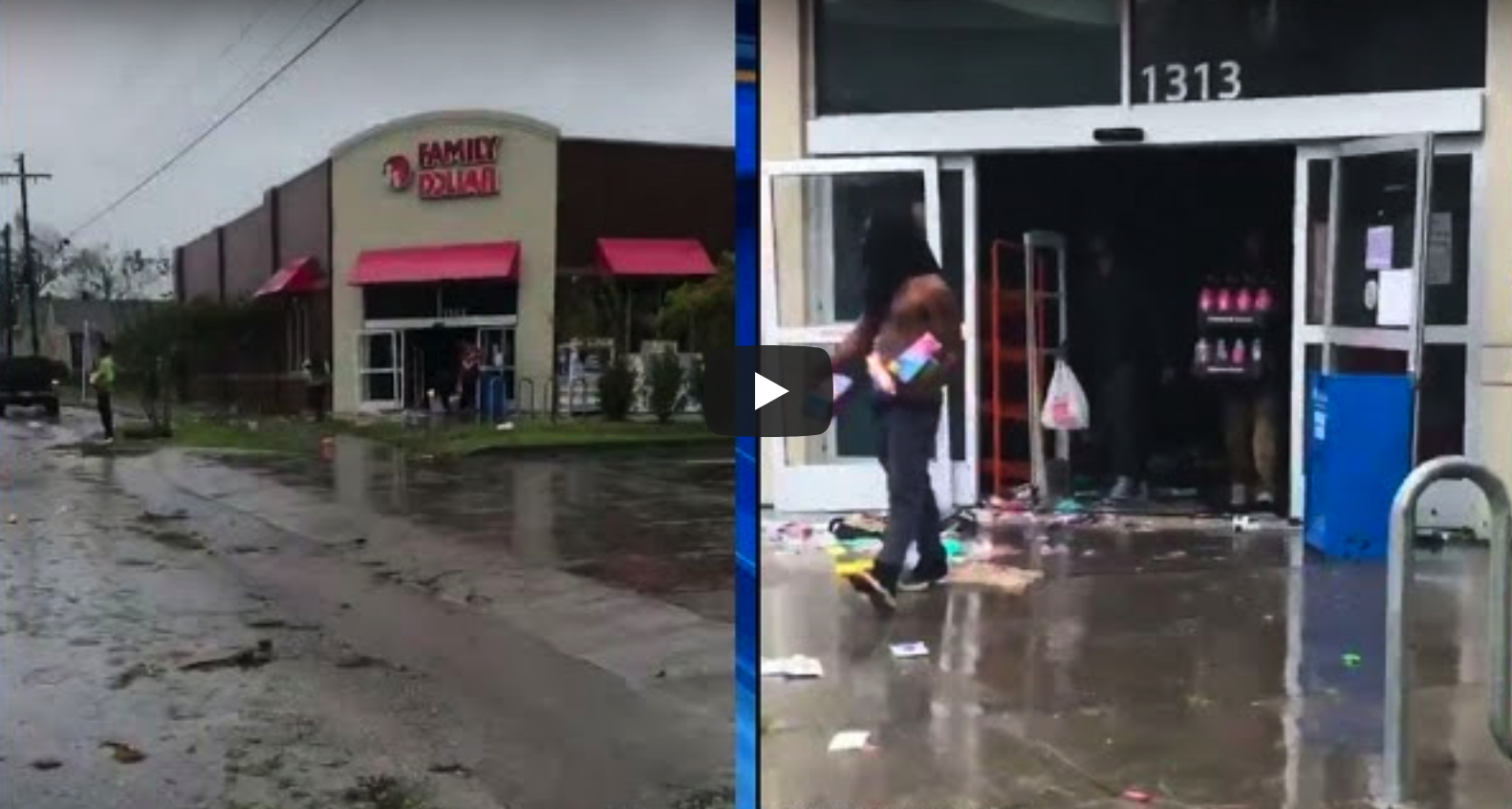 A major emergency brings out the best in some people, but in others it brings out the absolute worst.  Shocking images of “dozens of people” ransacking a Family Dollar store in Wilmington, North Carolina have stunned the nation.  This happened in broad daylight, and many of the looters didn’t even seem to care that a television news crew was filming them.  Sadly, this always seems to happen whenever a major disaster takes place.  Our established social order is so vulnerable, and so many people out there will gladly take advantage of others if they believe that there is an opportunity to get away with it.  If this is how people will behave during a storm, how will they act once things start getting really bad in this country?

At this hour, Florence continues to dump massive amounts of rain on the Mid-Atlantic region, and now the death toll is up to 18.  It is being reported that more than 640,000 people are without power, and the National Hurricane Center says that more “catastrophic flooding” is coming as Florence remains stationary over the Carolinas.

Major roads all over North Carolina and South Carolina have been flooded, and some parts of Interstate 95 have had to be shut down.

The flooding is already so bad that the city of Wilmington has been completely cut off from the rest of North Carolina, and that is where the Family Dollar store was looted.  One reporter was able to capture raw footage of the looting in progress, and you can see that video on YouTube right here.

This is one of the most disturbing things that I have seen in a long time.

According to one news report, many of the looters were carrying things back to a public housing project right across the street…

Footage from local news station WECT shows dozens of peoplecarrying any items they could get their hands on out of the store and back to a public housing community called Houston Moore.

While there were no members of law enforcement on the scene due to management’s request, police enacted a curfew for the area from 5pm Saturday to 6am Sunday.

They also said many of the alleged looters could be identified in WECT’s video. They encouraged locals to report anyone they recognized in the footage.

If it was just one or two people doing the looting, that would be one thing.

But for “dozens of people” to be looting a store in broad daylight is a very frightening indication as to where we are at as a society.

The storm just arrived a couple days ago, so none of these people were hurting for food or water.  They were just immensely greedy, and they decided to loot the store because they thought they could get away with it.

According to one reporter, “you could just see people everywhere”…

WECT reporter Chelsea Donovan, who went to the scene with another journalist to film the looting, said: ‘When we came over the hill on Greenfield Street, you could just see people everywhere.’

In her news coverage Donovan gestures into the store’s front entrance as she says: ‘You can see here inside just a complete mess, people taking duffel bags and trash bags, now noticing we’re here [and] running away from the camera.’

And of course this was not the only instance of criminal activity in the region.

Over in Brunswick County, at least 4 crooks were arrested…

Dashaun Smith, 25, and Brandon Bellamy, 30, are both charged with possession of burglary tools and break and or enter at Tommy’s Mini Mart in Leland. They are each being held under a $20,000 bond.

Devin Harris, 21, and Justice Harris, 18, are both charged with break or enter a motor vehicle. They are being held under a $5,000 bond each.

We have raised an entire generation that has no moral foundation, and when things take a turn for the worse in this country we are going to see chaos like this all over America.

It doesn’t matter how many laws you have if people don’t follow them.  To a very large degree, any free society is heavily dependent on the fact that most people will regulate themselves, and that is one of the reasons why the social decay that we see all around us is so deeply alarming.

Ultimately, we will probably see even more looting before this storm is over, because it is being reported that “the worst flooding is yet to come”…

Florence’s merciless deluge has already killed 18, trapped hundreds and made parts of North and South Carolina impassable — and authorities say the worst flooding is yet to come.

The tropical depression will keep dumping rain over parts of North Carolina for the next few days, with numerous rivers expected to crest at major flood stage.

Flooding already is so bad in North Carolina that the state transportation department is telling people not to travel in the state. Numerous highways, including sections of I-95 and I-40, are closed, and road flooding has virtually cut off the coastal city of Wilmington.

Previously, I have discussed the fact that it is being projected that this storm could potentially dump 10 trillion gallons of water on North Carolina.  The flooding is already “catastrophic”, and you can view some really good before and after photos right here.

The National Hurricane Center says that up to 40 inches of rain will likely fall on southeastern North Carolina and the northeastern tip of South Carolina.  Even though Florence turned out to be not quite as powerful as the experts were anticipating, this is still an extremely, extremely damaging storm.

At times like this, it is so important for communities to come together and support one another.

Unfortunately, some have decided that this is the perfect time for a crime spree, and as an American I am deeply ashamed by what I am seeing.