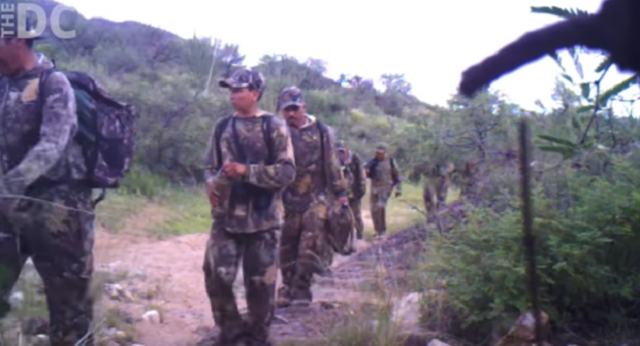 Remember folks: if you want our borders closed you’re the bad guy!

Video footage from a ranch in Arizona shows thousands of illegal aliens marching into the United States uninterrupted because there is no border wall, nor border patrol, to stop them.

Jim Chilton, 79, owns a 50,000-acre ranch situated on the U.S.-Mexico border, which has become a hotspot for illegals crossing into the country.

Certain shots show illegal immigrants pouring into the country literally by the dozen.

[…]According to The Los Angeles Times, Chilton carries a pistol and a rifle while tending his cattle to “ward off the drug smugglers who encroach on his land.”

Liberals literally want to take away our guns and open our borders entirely so criminals like this can pour in unimpeded!

Meanwhile, the Republican establishment is lollygagging around and refusing to build Trump’s wall!