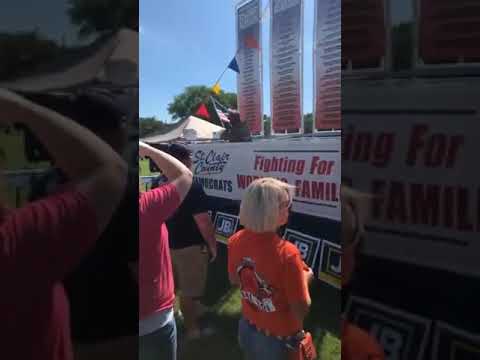 A St. Clair Democrat leader told a crowd to “vote early, vote often, whatever you can get away with” during a rally in Caseyville this past weekend.

“J. B. Pritzker, he’s going to win. He’s going to win big,” says the announcer. “But he won’t win if we don’t get out and vote. We need the early vote. Like I say, we can play East St. Louis, vote early, vote often. Whatever you can get away with. I shouldn’t say that, but I really don’t care.”

The remark prompted outbursts of laughter from some in the crowd.

The video was posted by the Illinois Republican Party.