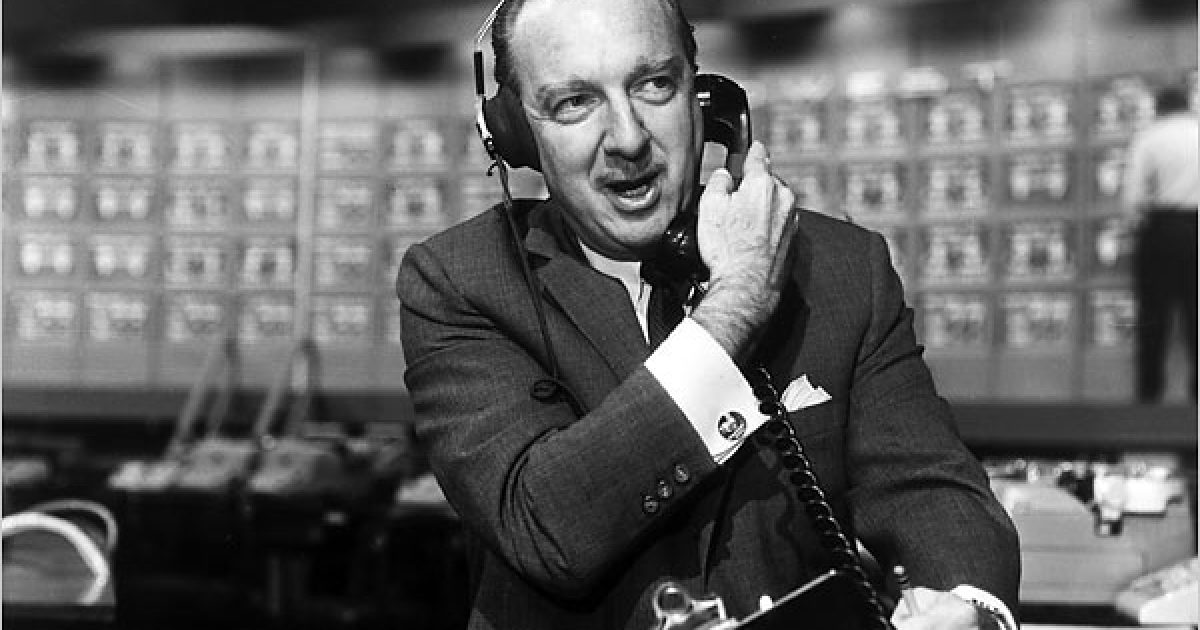 Walter Cronkite has been dead for nearly a decade, and yet, while being dubbed the “most trusted man in America,” Cronkite also pushed for one world government and took an anti-American, anti-Christian stance against conservative Christians in US politics.  However, one of the things many are unaware of is that in blasting Christians for being opposed to his one world government philosophy, which he elaborated on it during an award acceptance speech at the United Nations by declaring that when it came to opposing Christ, His Kingdom and Christianity, he was “glad to sit here at the right hand of Satan.”

The speech occurred in October of 1999, just 10 short years before his death in 2009.  He received the Norman Cousins Global Governance Award at a ceremony at the UN.

Cronkite not only pushed for America to give up some of her sovereignty to advance a one world government but blasted Congress for failing to ratify treaties that advanced one world government policies, which they seem to do quite a bit now.  He targeted not only senators that he said “pandered” to the Christian Coalition, an organization founded by Pat Robertson, but also the “religious right wing.”

In speaking of the Christian Coalition, Cronkite quoted its founder who said, “any attempt to achieve world order before that time must be the work of the Devil.”

“I’m glad to sit here at the right hand of Satan,” he added in a mocking tone.

Take a listen for yourself.

Cronkite was introduced by a man who uttered, “World government is the structure necessary for global justice…”

The first video then transitions into Cronkite’s comments which follow.

I’m in a position to speak my mind and, by god, I’m going to do it.

First, we Americans are going to have to yield up some of our sovereignty. That’s going to be for many a bitter pill.

Today, we must develop federal structures on a global level to deal with world problems. We need a system of enforceable world law, a democratic federal world government. Most important, we should sign and ratify the treaty for a permanent international criminal court. That is now at the core of the world federalist movement’s drive. That court will enable the world to hold individuals accountable for their crimes against humanity.

And the third point: Just consider if you will, after 55 years, the possibility of a more representative and democratic system of decision-making at the UN. This should include both revision of the veto in the Security Council and adoption of a weighted voting system in the General Assembly.

Some of you may ask, although I think most of you know the answer, why the Senate is not ratifying these important treaties, and why the Congress is not even paying UN dues, even as with the American rejection, so many years now, the League of Nations after World War I.

Our failure to live up to our obligations to the United Nations is led by a handful of willful senators who choose to pursue their narrow, selfish political objectives at the cost of our nation’s conscience. They pander to and are supported by the Christian Coalition and the rest of the religious right wing. Their leader, Pat Robertson, has written in a book a few years ago that we should have a world government but only when the Messiah arrives. (Derisive laughs from the audience.) He (Robertson) wrote, “Any attempt to achieve world order before that time must be the work of the devil.”

Well, join me. I’m glad to sit here at the right hand of Satan.

While some believe that when Cronkite died he went to be with Satan.  This is unbiblical.  Satan and his minions will indeed know the fires of Hell one day, but for now, he is a roaring lion who seeks whom he may devour (1 Peter 5:8), and he is part of the principalities and spiritual darkness we war against (Eph 6:12).  But his day is coming (Revelation 20:10).

Cronkite, far from being the man America should have trusted, was a devil.  He was a deceiver.  This was evidenced by LifeSiteNews in an article titled Walter Cronkite’s Push for Abortion and Homosexuality, 1965-2003.

But while remembered by many as “the most trusted man in America,” many of Cronkite’s more radical, but lesser known views, would be considered repugnant even to many of his greatest fans.

For instance, up until his death Cronkite served as honorary chair of the Interfaith Alliance, an organization dedicated to countering the influence of conservative Christianity on federal politics.  In 2007, the Alliance initiated a campaign to force Christianity out of the public sphere by promoting policies that would silence the Christian voice.  They recommended that churches be prohibited from endorsing political candidates, that research and health policies should not be based on “religious doctrine,” and that faith-based schools should be banned, among other things.

Part and parcel with Cronkite’s campaign against religion in public life was his outspoken vocal support of abortion and same-sex marriage.  In 2003-2004, for example, Cronkite wrote a column for King Features Syndicate, which was published in about 180 newspapers throughout the U.S.  In the column he discussed ‘Marriage and Abortion’, expressing disregard for “conservatives” who oppose abortion and same-sex “marriage.”

“It certainly is the right of the anti-abortionists and those who oppose gay marriages to defend, express and even propagandize their beliefs,” he says, “but is it their right to impose their definition of morality on those who hold opposing views? The answer is a resounding ‘no’. … This columnist believes that among conservatives and liberals alike there is a majority who would put the sanctity of individual rights even above the sanctity with which some would endow the banning of abortion and gay marriage.”

Not surprising that he would do the works of his father, the devil.  What’s even more ironic is that the “most trusted man in America” will one day be right alongside the one he longed to sit at his right hand.  Just like Saul Alinsky

, Cronkite appeared to dedicate his life not to the true and living God, but to Lucifer (Satan).  Now, all he has to look forward to is being under the wrath of Almighty God for eternity.

Such a wasted life.  Don’t waste yours!

H/T Fellowship Of The Minds