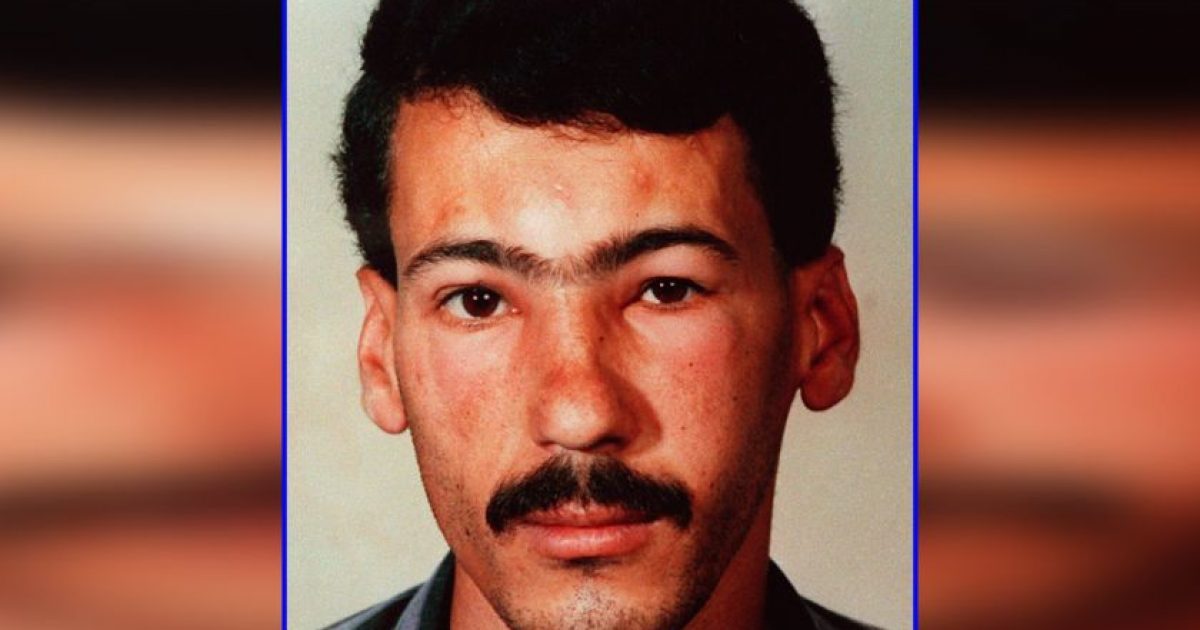 America remembers the terror attacks on September 11, 2001: Over 3,000 Americans died, and thousands injured, due to Jihadis’ attacks using airlines to destroy buildings as metaphors of western dominance: Jihadis destroyed the World Trade Center’s towers; and damaged the Pentagon; but failed to attack a target speculated to be the White House.

America remembers the terror attack on February 26, 1993: Six Americans died, and a thousand injured, due to Jihadis’ attack using explosives intended to destroy the World Trade Center’s towers. Four co-conspirators were convicted in March, 1994. Ahmad Ajaj was convicted of nine counts for his acts in the early stages of the conspiracy. Ajaj was sentenced to 114 years, fined $250,000, and ordered to pay 250 million dollars in restitution. [Wikipedia; Fox News]

Under Sharia law, the Kafir (unbeliever) has only three options:

In the Muslim Brotherhood’s Memorandum: “The process of settlement is a ‘Civilization-Jihadist Process’ with all the word means. The Ikhwan [Muslim Brotherhood] must understand that their work in America is a kind of grand jihad in eliminating and destroying the Western civilization from within and ‘sabotaging’ its miserable house by their hands and the hands of the believers…” [p. 7]

“Islam isn’t in America to be equal to any other faith, but to become dominant. The Quran should be the highest authority in America.” – CAIR founding chairman Omar Ahmad, quoted in the Muslim Mafia, by P. David Gaubatz [Ch. 17, p. 265; See Ahmad’s denial: fn 1, p. 400]. CAIR was named a terrorist organization by the United Arab Emirates in 2014. (Fox News)

Muslims use American courts, under the guise of religious freedom, to secure Sharia law. Via multiple lawsuits, Ahmad Ajaj, has alleged interference with mail, lack of access to lawyers, and violations of the First, Fifth, and Eighth Amendments of the U.S. Constitution. Ajaj has two current lawsuits, alleging discrimination based on religion. Yet Islam is a political system wrapped in religion.

Protection of the free exercise of religion

The U.S. Constitution’s First Amendment: “Congress shall make no law respecting an establishment of religion, or prohibiting the free exercise thereof.”

The above should be sufficient, but the federal Congress reinforced it via the Religious Freedom Restoration Act (1993) (42 U.S. Code §2000bb-1): “Government shall not specifically burden a person’s exercise of religion” unless there is a “least restrictive means” to further “a compelling governmental interest.”

This Act was intended to protect legitimate exercise of religion. Did the Congress, and supported by evangelicals, intend for the law to protect Jihadis who attack Americans?

“In his original Complaint [Ahmad Ajaj] alleged that his rights under the Religious Freedom Restoration Act …, and the First Amendment to the United States Constitution were being violated because he was not allowed to consume food and drink, and take medications, outside the fasting hours of dawn to dusk during the holy month of Ramadan.” [Order; pg. 1]

“In an Amended Complaint … plaintiff added claims under the Fifth Amendment and the Federal Torts Claims Act  … He also named 15 individual defendants in addition to the Bureau of Prisons. His claims were expanded to include Sunnah fasts. He also alleged a failure to honor his requirement of a halal diet, lack of meaningful access to an Imam, and an inability to participate in group prayer.” [Order; pp. 1-2]

In-other-words, Ajaj had the audacity to try to sue the prison personnel as individuals, but these claims were dismissed. The only remaining defendant was the Bureau of Prisons.

“When all the dust settled, two issues remained for trial: Mr. Ajaj’s alleged entitlement to (1) a certified halal diet; and (2) meaningful access to an Imam.” [Order; pg. 4]

During this case, the Bureau of Prisons transferred Ajaj from a prison in Colorado to a prison in Indiana.

Judge Jackson further summarized that the Bureau of Prisons “was able to contract to purchase a supply of halal-certified meals … as well as a microwave dedicated to heating only the halal meals.” The last business day before trial, “Mr. Ajaj began receiving certified halal meals.” [Order; pg. 5]

According to the Bureau of Prisons, reports Judge Jackson: As an employee, an Imam must “have either a degree in theology or graduate level equivalency (the same qualifications as chaplains in other religious faiths); pass a security check; and, of course, be willing to move to Terre Haute [Indiana]. The BOP did find a qualified Imam who agreed to take the position and was in the process of moving from Houston [Texas] to Terre Haute [Indiana], but changed his mind about two weeks before trial. The BOP then reached out to Bashar Murad, an Imam who had worked as a part-time Imam at Terre Haute in the past, and agreed to hire him on a month to month contract to provide not more than 30 hours of service per week while the BOP continues to try to find a full-time Imam for the facility.” [Order; pg. 6]

“Imam Murad is the only on-site Imam available to Mr. Ajaj and other Muslim inmates at USP Terre Haute [at] the present time. However, another option is what is called the Minister of Record program. That permits an inmate to communicate by telephone, mail or email with essentially any Imam in the country of the inmate’s choosing (excluding the 13 Imams presently working full time at other BOP institutions). An outside Imam may also visit an inmate, although there was no evidence of any Imams in the vicinity of Terre Haute who would be likely to visit as a practical matter.” [Order; pg. 6]

Also at the prison, “the Life Connections Program is a faith-based life skills program in which participants are taught to take their basic faith teachings and integrate them into their lives so they can make healthy connections to their family and their community.” Ajaj joined an Islamic group of the program in May, 2018, about three months before trial. [Order; pg. 7]

“Imam Murad is Sunni … However, Mr. Ajaj believes that Imam Murad is Sufi, which is an aspect of Islam that can be found in Sunni or Shia groups. Mr. Ajaj has made it clear that his beliefs are different than those of Imam Murad. He has informed personnel at USP Terre Haute that because of Imam Murad’s beliefs, it would go against his religious principles to attend Imam Murad’s classes. Therefore, he has declined to attend his classes.” [Order; pgs. 7-8] Note that Imam Murad teaches a basic course of Islam, avoiding differences of sects, to accommodate all Muslims in the prison.

“The Court frankly does not know what else can reasonably be expected of the BOP.” [Order; pg. 12]

“The United States Bureau of Prisons is enjoined from discontinuing Mr. Ajaj’s certified halal diet unless that is required to serve a governmental compelling interest and no reasonable alternative exists … The Court awards the plaintiff Ahmad Ajaj reasonable attorney’s fees … As the prevailing party, plaintiff is also awarded costs.” [Order; pg. 15]

“There is no attorney’s fee clause in RFRA, but fees can be awarded to the prevailing party under the Civil Rights Attorney’s Fees Awards Act of 1976 … Here, the plaintiff did not incur fees, as representation was provided by the law school’s civil rights clinic. However, fees may be awarded to public interest lawyers, including those associated with a legal type agency, just as they are to private lawyers.” [Order; pg. 14]

Judge Jackson reported: “The BOP stipulated, and the Court finds, that Mr. Ajaj’s religious beliefs are sincerely held.” [Order; pg. 9] Of course, that is why Ahmad Ajaj follows Muhammad’s instruction: It is every Muslim’s duty to commit Jihad and murder Kafirs, the unbelievers. Ajaj murdered Americans in 1993; and if released, Ajaj would murder Americans again.

The Religious Freedom Restoration Act was intended to protect legitimate exercise of religion. Did Congress, and supported by evangelicals, intend for the law to protect Jihadis who attack Americans?

Jihad is conquest. Terrorists have used our legal system against us. Every judicial win reinforces a message that Americans are weak. Terrorists are encouraged to continue their conquest to destroy America from within.

Ahmad Ajaj has been a prolific litigator, and whiner, including previous cases not discussed in this article. This lawsuit may be effectively done; but Ajaj still has another pending case, likely moot in context of his halal diet, listed below.

All of these costs could have been avoided by an inexpensive needle in Ajaj’s arm, but he avoided the death penalty.

As a taxpayer and attorney, I am ashamed and alarmed how liberal judges, and liberal law schools, have effectively promoted Sharia law.

Order Re Motion to Dismiss;

Order Re Reconsideration of Motion to Dismiss;

Order of Judgment; and