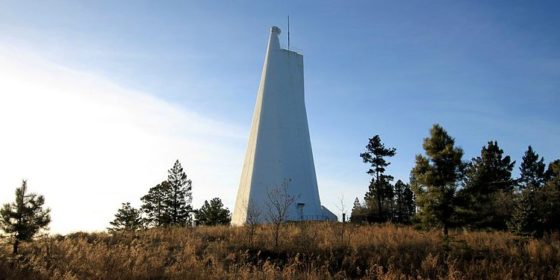 A few days ago, it was reported that the Sunspot Solar Observatory in New Mexico was closed on September 6, and the reason was not revealed, leaving many to speculate.

We pointed out that the timing of the “security issue” which caused the closure was odd, considering the sun’s current activity as it heads into its solar minimum cycle.

But the “official” reason for the closure is far more sinister, as KTSM.com reports:

The source of child pornography was traced to an IP address used at the observatory and a source within the building observed a computer with “not good” images on it, the warrant states.

The warrant also states that the suspect used the observatory’s WiFi and a personal laptop to download the images.

According to the FBI, a janitor is the main suspect. He was one of the few people who had access to the observatory from dusk until dawn. His name is listed on the warrant, but he has yet to be charged with a crime.

The observatory reopened on September 17.

Some are skeptical about this explanation, given that all employees were evacuated from the site. About a dozen residents who live around the site were also evacuated. The U.S. Postal Service decided to evacuate employees, too, according to a report by the Alamogordo Daily News.

Evacuating employees, local residents, and post office employees seems a little extreme, doesn’t it? How would a computer containing child pornography (as terrible as it is) be dangerous to employees and people who were not even in the building?

What do you think? Do you believe this story, or is there something else going on?