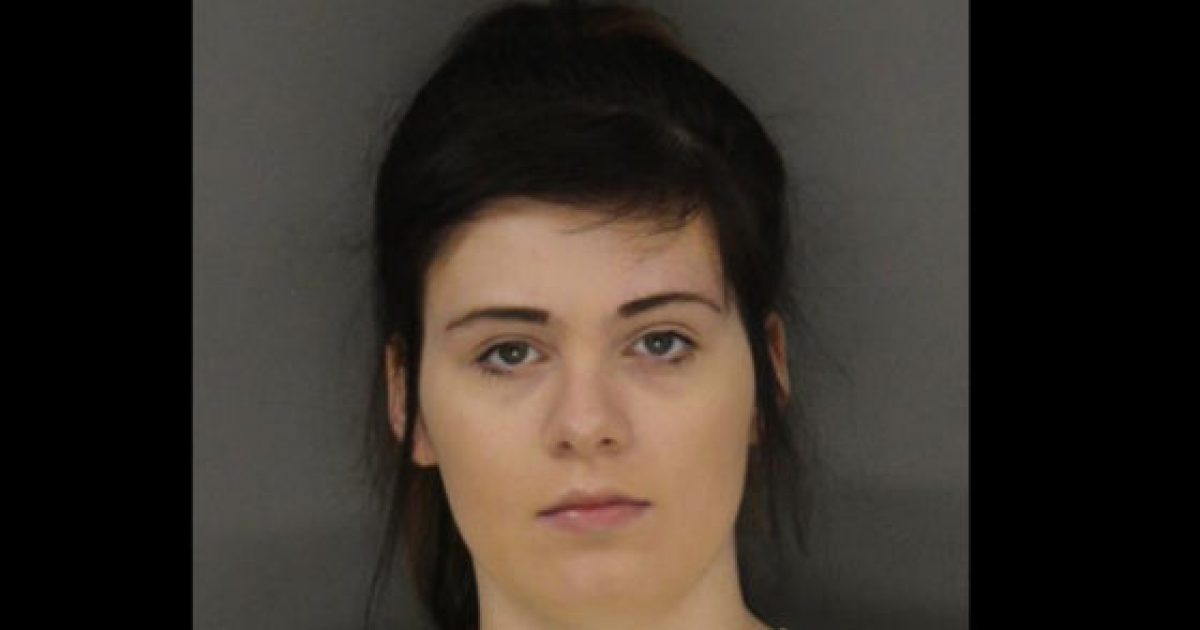 A mother is facing 24 years in prison after she shot and killed an intruder who broke into her apartment and attacked her while she was 11 weeks pregnant.

[When her attacker was] inside, the man tackled her and began trying to cover her mouth with his hand, which she thought smelled of chemicals, the report states. He then started hitting her in the face with his fist.

After she was able to break free, Noble grabbed a pistol off the coffee table and shot the man three times before running to her neighbor’s apartment and telling her to call 911, according to the report.

Noble told police that “she feared not only for her safety but for the safety of her baby, and felt that she had no other option in this situation, according to the report.

Authorities determined that her use of force was indeed justified, but the reason she is facing up to 24 years in prison is because she previously pled guilty to felony marijuana charges.

In the state of Arkansas, being found with an ounce of marijuana is a felony charge, which I find absolutely ridiculous.

Noble and her friends were stopped during a routine traffic stop and the marijuana and other paraphernalia were discovered.  No one claimed ownership, so all faced the same criminal charges.

The trick here?  Noble was facing time in jail.  So, she made a plea bargain, and that suspended her sentence and barred her from possessing a gun, again, something that sounds ludicrous because we’re talking about possession of a plant, and for that you have to give up the right to defend yourself?  Is anyone in Arkansas with a brain thinking about what would have happened to this woman or her baby, which they claim to care about, had she not had that pistol to stop her attacker?

That Noble would face a felony from such an incident speaks to the absurdity of the continued war on drugs. It may also explain why 66 of Arkansas’s 75 counties see unusually high opioid prescriptions.

The second is how over criminalization leads to a dangerous loss of basic individual rights. In the case of Noble, the gun used to defend herself was owned by her husband, who serves in the Arkansas National Guard. In the eyes of the Arkansas “Justice” system, Noble being caught with marijuana last December meant she had no right to use her husband’s firearm to defend herself from a brutal attacker. The law would leave her a defenseless victim.

Luckily there does seem to be momentum towards restoring gun ownership rights to non-violent offenders that have been caught up in America’s justice system. Legislators at both the state and federal level have relevant pushed bills in recent years, while federal courts have also found some that blanket bans for all felons are unconstitutional.

Unfortunately for Noble, this precedent won’t apply to her case as she was still under her five year suspended sentence.

Indeed, the war on drugs is like the war on terror.  Both infringe on the rights of the American people.  Our forefathers would never have thought of banning a plant, but not in today’s America.  We are so hypocritical as to allow for pharmaceutical companies to produce actual drugs that are approved by the FDA that kill hundreds of thousands of people, but somehow we’re going to put a mother away for 24 years because she was with friends and there was an ounce of marijuana and she happened to use a gun to defend herself and the life of her unborn child?

Seriously, it’s way past time to do away with unlawful “laws” the criminalize marijuana.

This is a total injustice.  Noble actually should be commended for doing the community a service by eliminating a real criminal from their midst.