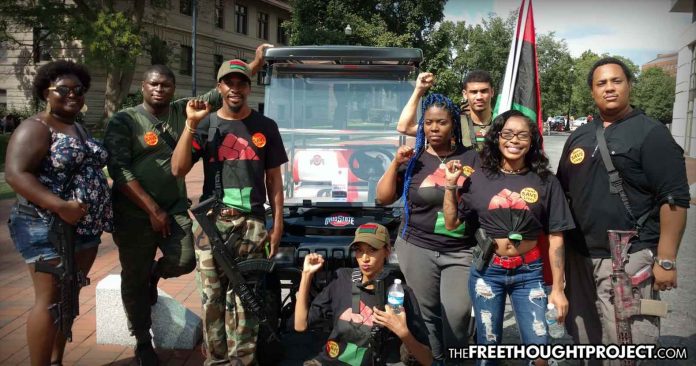 Following a car-ramming knife attack at Ohio State University in late 2016, a group of white students organized an open-carry gun walk on campus to promote students’ rights to self-defense by firearm. Somali-born student Abdul Razak Ali Artan used his car to run over his fellow students, then exited the car to slash people with a knife.

Artan was then shot dead by campus police, but not before 13 students and staff were injured in the attack. Instead of praising the 2nd Amendment, a group of 10 anti-gun faculty members wrote a letter of condemnation to the campus newspaper’s editor and suggested the group was racist, and should not have been protected by campus police —meaning their rights to peacefully protest should also be silenced and they do not deserve the same protections under the law.

Black students, who also believe in their rights to self-defense, decided last week to challenge the notion and engage their fellow students in a debate about their rights to defend themselves with a gun.

Kendall Arroyo, a Black student, organized the event. He said:

If you want to know the God-honest truth, we read the letter [to the editor] and we noticed that they basically said, ‘We don’t think a bunch of black people could be able to get away with something like this’…This is not supposed to be a racial thing. We’re talking about second amendment rights for every law-abiding American citizen. Our race should not have to be a factor at all, and society says that we’re either supposed to be gunned down or incarcerated right now. And we’re here to show that that’s not the case, and now I invite them to figure out their next excuse (Arroyo said challenging the anti-gun professors to further comment).

Arroyo points to the fact that crime near college campuses is often much higher than in areas where there are no gun-free zones. He said:

Unfortunately, college campuses are an environment where a lot of assaults, robberies, sexual harassment and things like that take place, and current [rules] state that students and faculty are not allowed to carry…If that were to change, we might actually see a decrease in those kind of crimes.

Also worth noting was Arroyo’s contention self-defense is not a racial right but a human right. Everyone has the right to defend themselves by any means necessary, which includes a firearm, even in gun-free zones such as a college campus. Federal law may limit when and where a student can defend themselves but Arroyo believes it is unconstitutional to establish such zones whereby students cannot effectively protect themselves. When discussing open-carry and second amendment rights, Arroyo concluded:

Our race and ethnicity should not be a factor at all.

Anti-gun students point to the fact Artan was killed within moments of attacking his fellow students and staff on OSU’s campus. But even though Artan was killed within 2 minutes following the onset of his attack, one gun-carrying black student described the mayhem a potential mass murderer could inflict had he/she been equipped with a firearm. Jordan Telting noted OSU’s anti-gun policies will not stop a mass shooter from shooting up OSU. He stated he was currently carrying 261 bullets and two guns with him. He said:

How much damage could someone that has this [weaponry] inflict on the student population before the police come there to save them? You should have that right, if someone starts shooting up your dorm, to protect yourself.

Telting equated OSU’s current policy disallowing students from defending themselves against an attacker as “hiding in a corner” or being like a “fish in a barrel”. Ultimately, the student becomes the “victim”.

Both groups of gun rights activists want concealed carry to be allowed on campus for the protection of students. Currently there are 12 states which allow concealed carry permit holders to carry their firearms on campus. Ohio is not one of those states.