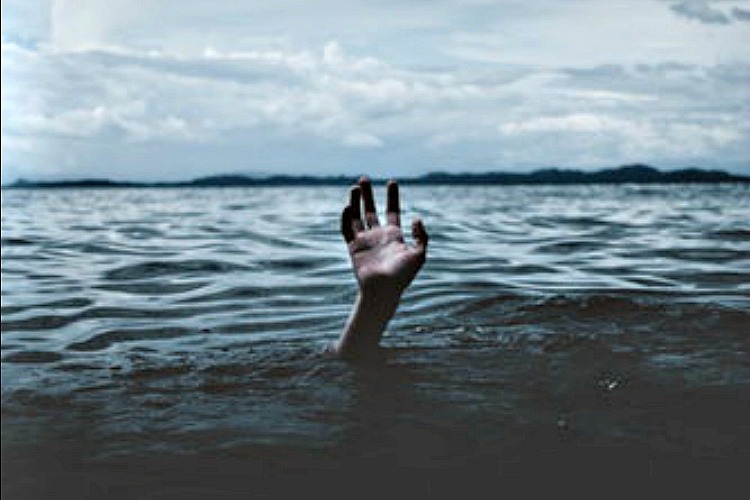 I was skimming the headlines in my newsfeed when I came across something that made me do a doubletake. Not because of what it said, but because of where it was from.

Next crash will be ‘worse than the Great Depression’

That sure sounds like something written by my friends over at The Economic Collapse Blog or SHTFplan, but it wasn’t. It was published on the NY Post, a tabloid website owned by Rupert Murdoch that tends to focus more on celebrity gossip and headlines like “Sex assault eyed after turtle is discovered in woman’s vagina.”

But there it was, 600 or so words citing economic doomsday experts like Peter Schiff.

They warned that debt will be what leads to the next crash.

The article began by discussing the banker-fueled crash of 2008 when easy credit led to a financial bloodbath from which many families never recovered. Then they cited the astronomical global debt of $247 trillion as the crux of our pending economic disaster.

“We think the major economies are on the cusp of this turning into the worst recession we have seen in 10 years,” said Murray Gunn, head of global research at Elliott Wave International.

And in a note, he added: “Should the [US] economy start to shrink, and our analysis suggests that it will, the high nominal levels of debt will instantly become a very big issue.” (source)

Indeed, preparedness bloggers and current events commentators have been warning of this for years. As store after store closes its doors for good in America and nearly half of the families in the country can’t afford necessities like food and rent, this pre-collapse era has been well-documented.

But student loans, sub-prime mortgages, and easy-to-acquire credit cards just keep on adding insult to injury. Not a day goes by when I don’t receive at least two offers and “pre-approvals” in my mailbox for credit I don’t want or need.

The NY Post cites a lot of the same stats.

As much as I’d like to be optimistic, I don’t see any way for us to overcome debt like that.

What goes up must come down.

It’s a simple law of nature that anything which goes up must eventually come down and so too will our economy. If you’ve been reading for a while, you know I’ve followed the crash in Greece and the collapse of Venezuela closely, documenting what happened when the governments could no longer fund the running of those countries.

In Greece, it all began to crumble when they declared a “bank holiday.” Since then, the crushing poverty was initially well-documented after which it just became old news. No one talked about it anymore.

Venezuela has been in trouble for many years. I remember writing about food rationing years ago and people saying I was being melodramatic when I warned it was a sign of looming collapse. But as it turns out, that was only the beginning of a waking nightmare that has caused many Venezuelans to become refugees, seeking respite from their homeland because there is no food, no water, no electricity, and no opportunity.

I assure you that at some point, this unsecured debt will all come tumbling down on our heads. Even if you, personally, are not in debt, the collapse that is coming will affect us all.

Economic theorists say insurmountable debt is the big kahuna. The huge sums today certainly fed the boom times. But since it must eventually be repaid, the tipping point will come when a wave of defaults by overwhelmed borrowers — potentially squeezed by rising interest rates — leads to a widespread reduction in spending and incomes, economists explain. (source)

There won’t be any help from the central banks. There won’t be anything left to lend. This can has been kicked for at least a decade with things like quantitative easing and the printing of unbacked currency. I can’t even believe we’ve lasted this long, to be honest. Although everyone will want to blame this on the President, it’s been coming ever since the last event, from which we never truly recovered.

“It’s going to be worse than the Great Depression.”

Peter Schiff is oft-quoted in the preparedness and alternative news world. Love him or hate him, what he told the NY Post sounds pretty darned accurate to me.

“We won’t be able to call it a recession, it’s going to be worse than the Great Depression,” said economic commentator Peter Schiff, forecasting a major economic downturn as early as the tail end of the Trump presidency’s first term. “The US economy is in so much worse shape than it was a decade ago…”

“…I think we are going to have a dollar crisis — you think the Turkish lira looks bad now, wait till you see when the dollar is imploding and we have a sovereign debt crisis in the US,” he told The Post. “The US government is going to be given a choice between defaulting on the debt, or else massive runaway inflation.” (source)

Dark days are coming and Brandon Smith of Alt-Market.com believes it will be blamed on the trade war instead of on the sabotage of the Central Bank.

Almost every aspect of the global economic downturn, which started ostensibly in 2007-2008 and is still ongoing to this day, can be traced back to the actions and policies of central banks. The Federal Reserve, for example, used artificially low interest rates and easy money to create a supposedly no-risk loan environment. This translated into a vast amount of toxic mortgage debt along with a web of derivatives (Mortgage Backed Securities) attached to that debt.

The Fed ignored all the signs and all the alternative analyst warnings. Agencies like S&P backed the Fed narrative that all was well as they gave AAA ratings to endless toxic market products. The mainstream media backed the Fed by attacking anyone that argued the notion that the U.S. economy was unstable and ready to falter. In that era of economics, the truth was effectively hidden from the public by the system through relatively standard means. Today, things have changed slightly…

…I believe that the next economic disaster will be more substantial than all the bubbles of the past 100 years combined, and the intent on the part of the banking elites is to obtain complete global centralization of all assets and resources. This time, though, the general public has finally learned to be more suspicious of the central banks and their motives during such events. Because of greater exposure after the 2008 crash, central banks and their related institutions cannot rely merely on the mainstream media or government entities like the Bureau of Labor Statistics to cover for them. They need a smokescreen.

The trade war is so perfect in this regard, I believe that it could not be anything other than planned. (source)

The timing sure is “coincidental,” don’t you think?

What do we do to survive?

I agree with the opinions of the experts above that this collapse will be different and worse than previous financial catastrophes. Of course, their reasons are very accurate but I’d like to add one more to the pot.

I’ve shared this opinion many times, but it bears repeating. So many of the jobs in our current economy are service based. They produce nothing of value. Gone are the factories and the farms. Gone is skilled labor. Gone are the days when we sewed our clothing, grew our food, and built our homes.

People these days go out to work. Maybe they answer a phone all day and provide customer service to people who bought their product (that was actually produced in another country.) Perhaps they sell the products produced elsewhere in a retail environment.

Hardly anyone, though, actually produces anything.

Trades are a dying art. Young people go deeply into debt to study something utterly useless in college and then go out to seek a job with their degree in women’s studies or liberal arts or sociology. No one is being trained to produce.

They just want to make money in a non-productive job so they can consume. And almost everything we consume is produced elsewhere. Our cars. Our food. Our electronics. Our clothing.

That’s the problem in a nutshell.

So if you’re wondering how to survive the coming collapse, it’s simple and difficult all at the same time. Stop consuming. Start producing. Live in a world that is doing everything possible to make you feel like a loser if you don’t consume and be defiant. Grow a garden. Cook from scratch. Repair instead of replacing.

Stay away from things that make you feel lesser because you don’t have a box delivered to your house for $200 a month for clothes you’re only borrowing. Cut up your own freaking vegetables instead of ordering a box of “prepped” food for you to cook at 3 times the price you’d pay at the grocery store. Stop going to the mall for “fun.” Get rid of your debt and don’t look back.

You will be in a much better place when this collapse goes down if you already have the production skills to survive it. Being different now means you’ll be different later. While it might be frowned upon in these good times – and trust me, these are good times in comparison to what lies ahead – in bad times, it could mean the difference between hunger and plenty for your family.

Daisy is the publisher of The Cheapskate’s Guide to the Galaxy, a monthly frugality newsletter, and she curates all the most important news links on her aggregate site, PreppersDailyNews.com. She is the best-selling author of 4 books and lives in the mountains of Virginia with her two daughters and an ever-growing menagerie. You can find Daisy on Facebook, Pinterest, and Twitter.