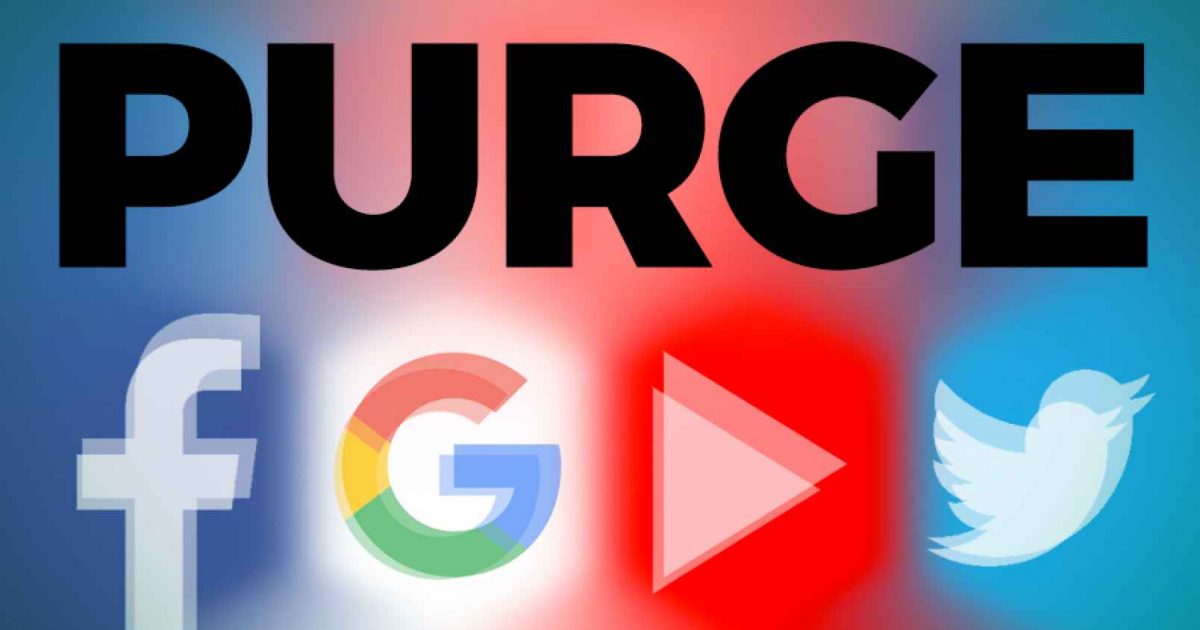 Now that even President Trump has complained about Google manipulating its search results, the social media giant’s underhanded practices are finally getting some attention. A Fox News report Friday noted that at Google, “internal emails show conversations between employees highlighting a desire to manipulate search results on the heels of

President Trump’s controversial travel ban in order to mute conservative viewpoints and push ways to combat the ban.” Google claims that this remained on the level of discussion, and wasn’t implemented, but there is considerable evidence to the contrary.

The emails show that “Google employees suggested ways to ‘leverage’ the search engine to combat what the tech giant staffers considered anti-immigration rhetoric and news.” Specifically, “Google staffers suggested actively countering ‘islamophobic, algorithmically biased results from search terms “Islam,” “Muslim,” “Iran,” etc.’” But all is well, Google would have us believe because this wasn’t done.

Really? But we already knew that Google was manipulating search results for words such as “Islam” and “Muslim.” We have known for quite some time. On July 26, 2017, Turkey’s state-run news outlet Anadolu Agency reported:

Google’s first page results for searches of terms such as “jihad”, “shariah” and “taqiyya” now return mostly reputable explanations of the Islamic concepts. Taqiyya, which describes the circumstances under which a Muslim can conceal their belief in the face of persecution, is the sole term to feature a questionable website on the first page of results.

Google was bowing to pressure from Texas imam Omar Suleiman, who led an initiative to compel Google to skew its results. Apparently, Google didn’t consider whether those who were demanding that search results be manipulated in a particular direction might have had an ulterior motive. Could it have been that those who were pressuring Google wished to conceal certain truths about Islam that they preferred non-Muslims not know?

“Queries about Islam and Muslims on the world’s largest search engine have been updated amid public pressure to tamp down alleged disinformation from hate groups,” Anadolu Agency reported. Google could have performed a bit of due diligence to determine if sources being tarred as “hate groups” actually deserved the label, and if the Hamas-linked Council on American-Islamic Relations (CAIR) and the hard-Left smear propaganda organization the Southern Poverty Law Center (SPLC), both of which are invoked in the Anadolu article, were really reliable and objective arbiters for defining “hate groups.” Google could have tried to determine whether or not the information it was suppressing was really inaccurate. Instead, Google swallowed uncritically everything Omar Suleiman and his allies said.

One leading activist in favor of Google modifying its results told Anadolu Agency he noticed the updated search results and thanked the company for its efforts but said “much still needs to be done.” He claimed that Google has a responsibility to “combat ‘hate-filled Islamophobia’ similar to how they work to suppress extremist propaganda from groups like Daesh and al-Qaeda.”

This should have made Google executives stop and think.

The Islamic State (Daesh) and al-Qaeda slaughter people gleefully and call openly for more mass murders. There is no corresponding “Islamophobic” terror organization. There have been over 30,000 lethal jihad attacks worldwide since 9/11, and no remotely corresponding wave of “Islamophobic” violence. CAIR and the SPLC claim in the Anadolu Agency article that supposedly “Islamophobic” rhetoric has led to a rise in hate crimes against Muslims, but this is not supported by a scintilla of evidence.

When Suleiman equated critical words about Islam with the direct exhortations to murder emanating from actual murderers, Google should have realized that Suleiman had an agenda and wasn’t being honest. Yet he tried to pose as an impartial arbiter: “Suleiman said Google should differentiate between ‘criticism of Islam and hate-filled Islamophobia’, emphasizing the religion should not be infringed upon.”

Suleiman is granting that acceptable criticism of Islam is different from “hate-filled Islamophobia.” But if that is so, then the religion can be “infringed upon” by this legitimate criticism, no? Or if the claim that Islam must not be “infringed upon” means that it cannot be criticized, why is that so of Islam but no other religion?

The problem with this is that neither Suleiman, nor Hamas-linked CAIR, nor anyone else who has ever said that there was a distinction between legitimate criticism of Islam and “hate-filled Islamophobia” has ever identified anyone they think is a legitimate critic of Islam without being “Islamophobic.”

Through 18 books, thousands of articles, and over 60,000 blog posts at Jihad Watch, I have attempted to present a reasonable, documented, fair, and accurate criticism of Islam and explanation of the jihad doctrine. Nevertheless, I’ve been tarred as a purveyor of “hate-filled Islamophobia” by groups and individuals that have never given my work a fair hearing, and have read it only to search for “gotcha!” quotes they could wrench away from their obviously benign meaning in order to claim I was stating something hateful.

This doesn’t happen only to me. It happens to anyone and everyone who dares to utter a critical word about Islam or jihad, wherever they are on the political spectrum.

This experience, reinforced countless times over a decade and a half, makes me extremely skeptical when Omar Suleiman says that he doesn’t want Google to silence critique of Islam. If he could produce a critique of Islam that he approved of, my skepticism might lessen. But he won’t, and can’t.

It seems much more likely that he pressured Google to skew its results so as to deep-six criticism of Islam. Probably, knowing that he couldn’t reveal he was trying to bring Google into compliance with Sharia blasphemy laws forbidding criticism of Islam, he told them instead that he wasn’t against criticism of Islam as such, but only against “hate-filled Islamophobia.”

And they fell for it, making their present claims not to have skewed searches on Islam ring hollow.