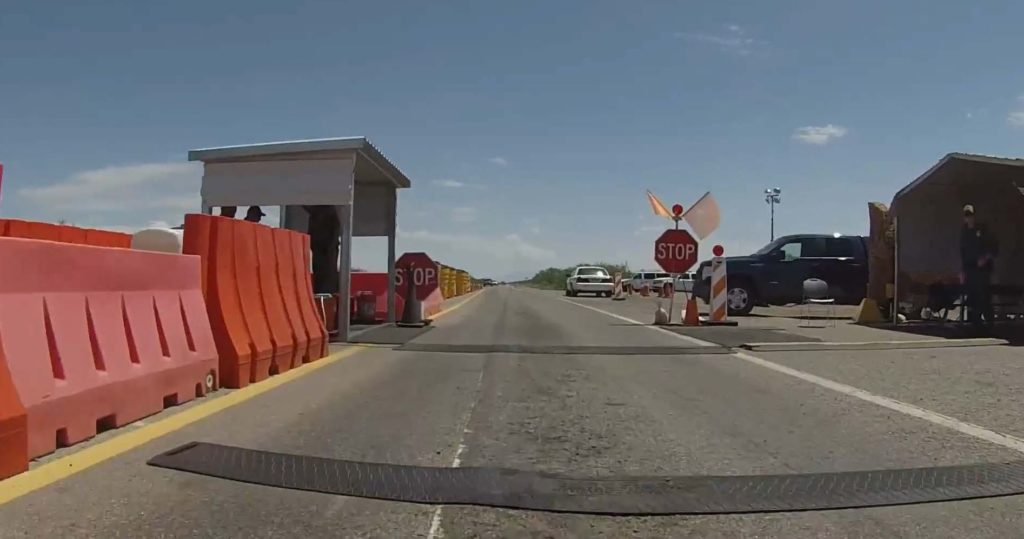 A lawsuit filed by University of Arizona engineer Terry Bressi is the latest round in an ongoing battle that border residents have been waging against the Customs and Border Protection (CBP) and its “citizenship checkpoints.”

Just before July 4th, Terry Bressi filed a revision to his complaint against the Pima County Sheriff’s Department (PCSD.)

In April 2017 Bressi was detained for hours at the CBP SR 86 checkpoint, located halfway between Tuscon and the Kitt Peak National Observatory where Bressi works.

Bressi is no stranger to both CBP and PCSD, both having stopped and detained him on multiple occasions since 2002.

Despite the fact that Bressi is known to both organizations as a U.S. citizen with no history of smuggling or other criminal activity, they continued to detain the man over and over again.

Why the random constant stops and harassment? Because Bressi has dared to challenge the legality and legitimacy of domestic “Constitution-Free” checkpoints on American citizens like himself.

Bressi first filed a lawsuit in 2002 against the Tono O’Odham tribal police and CBP for a stop that turned into a multi-hour detention without any probable cause. The tribal police eventually settled the case for $210,000.

However, Bressi’s victory came with pitfalls through the efforts of the CBP union to get him fired from his job.

The PCSD and CBP have continued targeting Bressi for stops and de-facto illegal, roadside detentions, with the latest incident occurring in April 2017, a trigger to his current lawsuit.

Bressi estimates he has been stopped at the Border Patrol checkpoint on State Route 86 near Three Points more than an absurd 400 times, because he can’t avoid the checkpoint on his way home from working at Kitt Peak.

This type of behavior by Border Patrol agents harassing U.S. citizens is sadly not rare, it seems to be quite common. It is worrying to say the least.

In March, earlier this year, a man was harassed for standing up against Border Patrol by filing a lawsuit after he discovered that Border Patrol agents had illegally placed a camera on his property that gave them access to 24/7 surveillance of his land. That wasn’t all, they threatened to arrest him if he did not comply and return their camera that was placed on his fence, Activist Post reported.

Then in July, Activist Post reported on a video that surfaced online showing an altercation between a Mexican Border Patrol officer, Joel Lopez, impersonating a police officer and pulling over a Mexican doctor, Christian Hernandez, an hour within the border without a radar detector present in his vehicle, claiming the man was speeding during what he claimed was an “immigration inspection.”

Subsequently, Hernandez claimed that he just passed him on the highway when the federal agent followed him and Hernandez started recording Lopez.

This all may be due to the fact that at least 5,000 Border Patrol agents are being outsourced to Accenture, an international contractor.

Last year the agency struggled to fill positions after failing to bring on more border agents than it loses in a given year, according to a report that was released by the Department of Homeland Security.

However, another report by the Washington Times contradicts this claim by stating that the decrease in border crossings has surged back to Obama-era levels.

DHS announced a 14 percent increase over the number of people it brought on the previous year. Most of those hires were for CBP officer positions, which saw a 21 percent spike in recruiting efforts.

The ACLU has filed multiple complaints in recent years for people concerned about treatment at checkpoints.

In a previous article on these checkpoints, Joe Wright writing for Activist Post included an overview by the ACLU of why the expansion of the Constitution-Free Zone is a threat to everyone.

One has to wonder how Border Patrol duties will differ when the government has facial recognition cameras rolled out nationwide.

It appears the Trump administration will continue to use violence to coerce the removal of illegal undocumented citizens from America. Moreover, as Activist Post has previously reported, the U.S. is implementing a biometric surveillance state at the borders and airports that makes George Orwell’s 1984 look like nothing in comparison … all with the goal to “Make America Great Again.”