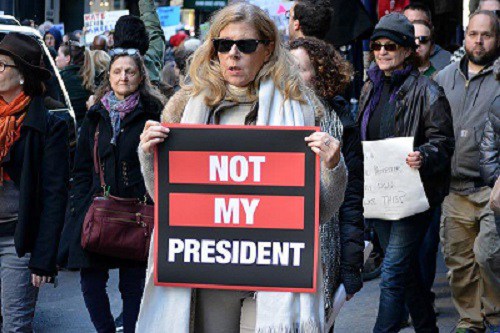 “What am I supposed to do? Go ahead and ruin this guy’s life based on an accusation? I don’t know when it happened, I don’t know where it happened. And everybody named in regard to being there said it didn’t happen. I’m just being honest. Unless there’s something more, no I’m not going to ruin Judge Kavanaugh’s life over this.” –Sen. Lindsey Graham (R-SC)

When you type a letter, do you keep switching font styles and font sizes?

While I sometimes italicize or bold, I’ve never switched to a different font style or font size in the course of typing a letter. Who does that?

Recall that on Sept. 12, the day when the Senate Judiciary Committee had been scheduled to vote on Kavanaugh’s nomination, Sen. Dianne Feinstein (D-CA), the top Democrat on the committee whose personal driver of 20 years is a Chinese spy, blocked the vote by forwarding Ford’s “confidential” letter to the Justice Department.

In the letter, dated July 30, 2018, Ford accuses Kavanaugh of sexually assaulting then-Christine Blasey 36 years ago in 1982 (date unknown), at a high school party in some home in Montgomery County, Maryland (address unknown). According to Ford, Kavanaugh pinned her to a bed, groped her, and attempted to remove her clothes against her will.

Since Ford’s letter became public knowledge, all four alleged eye-witnesses of the alleged sexual assault have denied any knowledge. Two of the alleged witnesses are friends of Ford: Christina King Miranda was a schoolmate; Leland Ingram Keyser, a longtime friend of Ford, denies even having been at the party. Another alleged witness, Patrick J. Smyth, also denies any knowledge of the party.

Below is the letter (click image to enlarge). I painted the red arrows pointing to a change in font style and/or font size.

Some comments from readers of TruthFeed and Gateway Pundit:

Here’s a timeline, according to Christine Blasey Ford:

July 6, 2018: Notified her “local government representative to ask them how to proceed with sharing” her information of having been sexually assaulted 36 years ago.
July 9, 2018: President Trump nominated Brett Kavanaugh to the Supreme Court.
July 30, 2018: Christine Blasey Ford wrote confidential letter, with changing font styles and font sizes, accusing Kavanaugh of sexual assault 36 years ago.