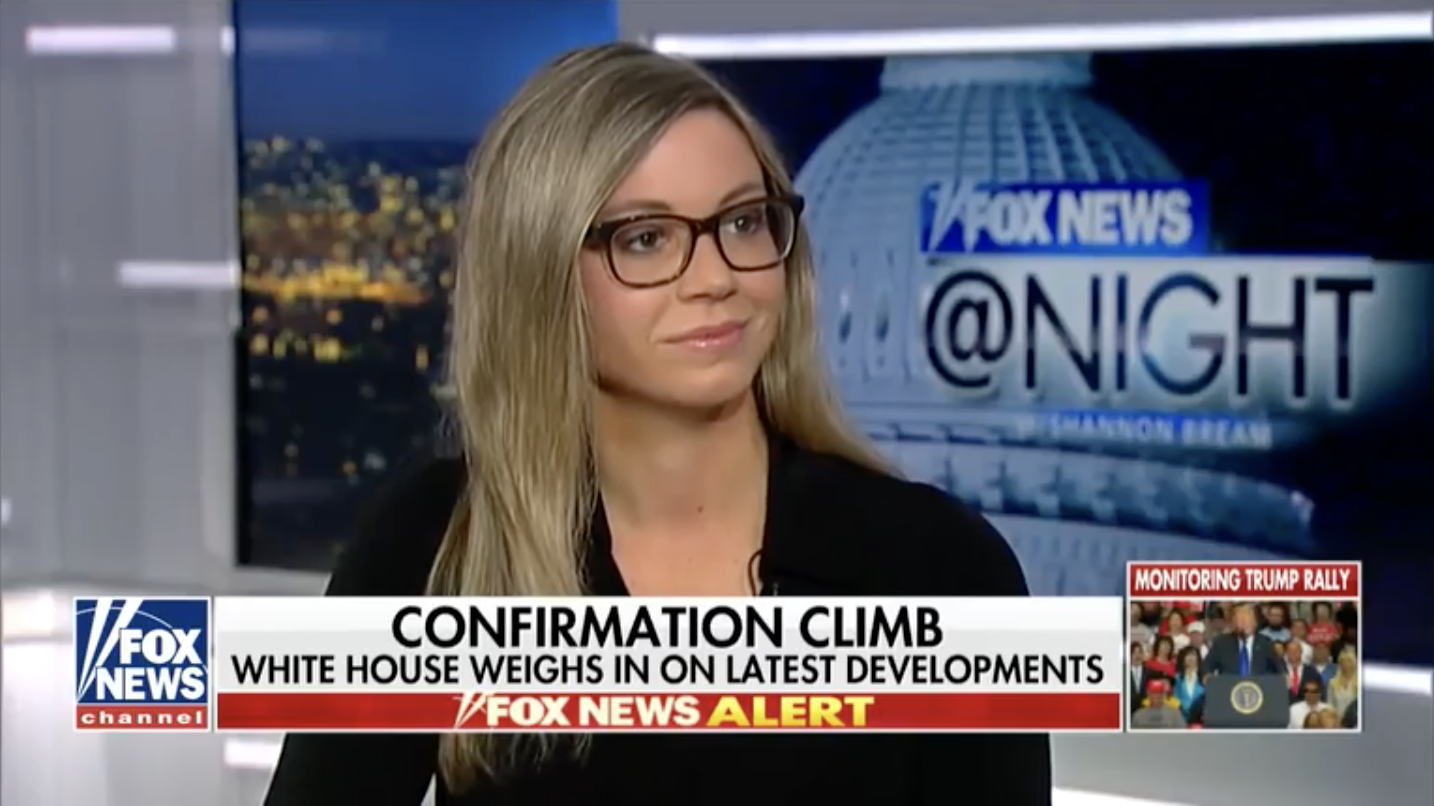 (Natural News) The White House slammed a New Yorker report on Sunday containing disgusting accusations by a second woman who claims Supreme Court nominee Judge Brett Kavanaugh sexually accosted her while drunk at a party during their time at Yale University.

As reported by The Gateway Pundit, “The 53-year-old accuser Deborah Ramirez told the New Yorker that she was initially hesitant to speak out because she was drunk at the time and her memory had gaps. She spent six days ‘carefully assessing her memories’ and consulting with her attorney before going public. Ramirez is also calling for an FBI investigation.”

The New Yorker story by Ronan Farrow and Jane Mayer reports: “Ramirez said that she felt confident enough of her recollections to say that she remembers Kavanaugh had exposed himself at a drunken dormitory party, thrust his penis in her face, and caused her to touch it without her consent as she pushed him away.”

The story also noted: “Ramirez acknowledged that there are significant gaps in her memories of the evening, and that, if she ever presents her story to the FBI or members of the Senate, she will inevitably be pressed on her motivation for coming forward after so many years, and questioned about her memory, given her drinking at the party.”

Once again, as in the case of Christine Blasey Ford’s accusations, Kavanaugh has come out unequivocally stating not only is the story categorically false, but that he’s more than willing to appear again before the Senate Judiciary Committee on Thursday and say as much – though Democrats on the panel, who have been plotting these attacks all along, aren’t really interested in hearing him.

Democrats and Dem activists involved at every level

According to a full, detailed statement and rebuttal by the White House, there are indeed substantial “gaps” in Ramirez’s ‘memory’ – almost as if what she is recalling was planted:

— The New Yorker reported that Ramirez at first was “hesitant” to publicly speak about the alleged incident because of “gaps” in her memory caused by her being highly inebriated at the time.

— The report also admitted that initially Ramirez “was reluctant to characterize Kavanaugh’s role in the alleged incident with certainty.”

— She had to ‘assess’ her memories for “six days’ before she could recall that it was Kavanaugh who committed the alleged act of indecency and, as the White House said, “that came only after consulting with an attorney provided by the Democrats.”

Boy, Blasey Ford and Ramirez sure lawyered up fast, didn’t they? What’s more, there are Democratic lawmakers and activists at every level of these allegations.

— The New Yorker also admitted that it was unable to corroborate anything Ramirez was saying with any eyewitnesses, reporting that no one “confirmed with other eyewitnesses that Kavanaugh was present at the party.” In other words, Ronan and Mayer – and The New Yorker– went ahead and published the story without any real justification or proof.

“In a statement, two of those male classmates who Ramirez alleged were involved in the incident, the wife of a third male student she said was involved, and three other classmates…disputed Ramirez’s account of events,” the magazine reported.

We were the people closest to Brett Kavanaugh during his first year at Yale. He was a roommate of some of us, and we spent a great deal of time with him, including the dorm where this incident allegedly took place. Some of us were also friends with Debbie Ramirez and after her time at Yale. We can say with confidence that if the incident Debbie alleges ever occurred, we would have seen or heard about it – and we did not.

Once again, Democrats have demonstrated they are willing to destroy a pillar of America – innocent until proven guilty – in the raw, naked pursuit of power, even if it means planting fake memories in the minds of a hapless dupe.

Read more about the White House backing of Kavanaugh at WhiteHouse.news.