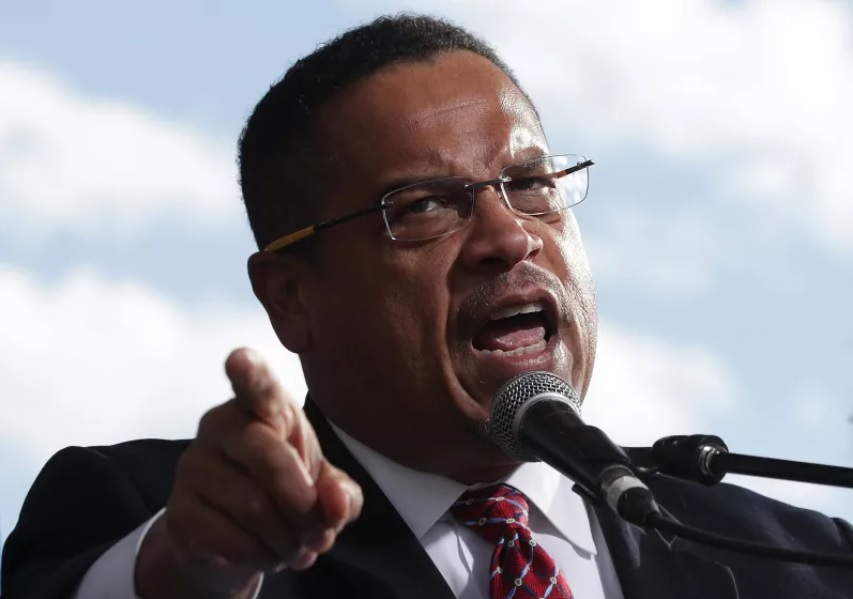 The same Dem establishment and media which keeps shrieking about Kavanaugh shows no interest in those two women. Now Ellison appears to be doing damage control in case more possible victims come forward.

U.S. Rep. Keith Ellison pushed back Friday against allegations of domestic abuse, saying his accuser fabricated the story about him.

The Minnesota Democrat also dismissed a medical record that named him as the abuser, but said he can’t be sure more people won’t “cook up” allegations against him.

Here’s a question, why would fellow lefty activists, like the two alleged victims, want to “cook up” allegations against him?

When Republicans suggest that Ford and her Dem activist lawyers and reps have a political motive for making false accusations against Brett Kavanaugh, the motive is obvious.

On Wednesday, Monahan published a medical document where a doctor wrote that Monahan “states that she was in a very stressful environment for years, emotional and physical abuse by a partner with whom she is now separated.”

“She identifies the individual she was involved with as Congressman Ellison, and she is worried about retribution if she identifies him publicly,” the document added.

But, as the Dems keep insisting, there’s an “investigation”.

When pressed whether the investigation will be done before the election, Ellison said it’s an independent investigation and he remains uncertain about the timetable.

The debate moderator brought up the issue of allegations of domestic abuse by both Monahan and a woman named Amy Alexander, who claimed in 2006 that he verbally abused her and pushed during a heated argument, saying they could be “a factor” in Ellison’s bid for the state attorney general.

Ellison denied Alexander’s allegations, saying she was “harassing” him and even put a restraining order against her so she stops “making falsehoods” against him. “So this is not multiple cases,” he said.

The moderator then asked: “Are you confident that no one else will step forward with any other allegations?

“Look, in this political environment, I don’t know what somebody might cook up,” Ellison replied. “But I could tell you that there is absolutely nobody that I am aware of who has any sort of — who is threatening or suggesting or who has ever made a prior accusation about me.”

His Republican opponent shot back at him, saying “two credible, strong allegations of domestic abuse is enough.”

Not for the media, it isn’t.

It took 5 to 7 allegations against Franken, before the Dems decided to cut him loose. And there’s talk of a comeback.

But they are the “feminist” movement.