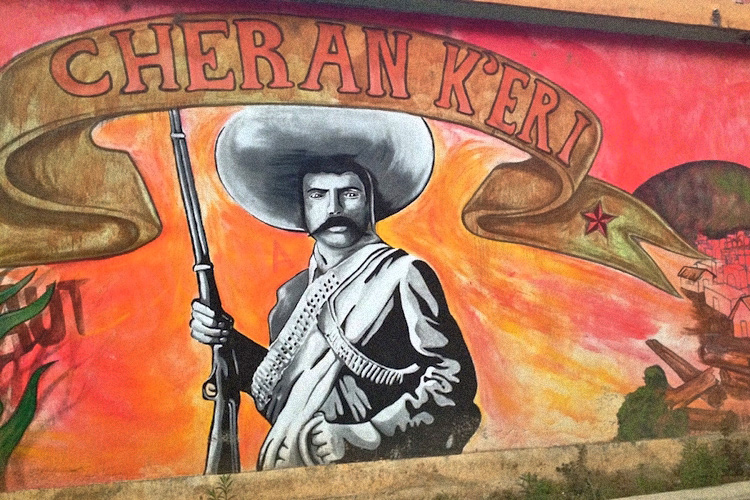 We live in a supremely statist world, and ordinary people find it practically impossible to think outside of this box. If you ask the ‘man on the street’ what he thinks of political anarchism, you’ll notice that their mind is altogether incapable of even entertaining the possibility. They’ll tell you that anarchy is chaos, blood in the streets, riots, fires, mayhem, and the utter collapse of civilization.

As a political philosophy, anarchy is something much different from the bad rap it has in the minds of the sheeple. It is a philosophy centered around the ideas of voluntarism and individual liberty, which, incredibly, are two ideas that are looked down upon by the pundit class and intellectuals that roam the halls of universities and state offices.

To them, anarchy represents too much freedom, something that if it were granted to any notable group of people would cause them all to devolve into the lowest common denominator of base emotions and animal behavior.

In other words, the prevailing wisdom of the day is that the state is an absolute necessity for keeping people civilized.

But what about corruption? Is institutional corruption a civilized affair? Hardly.

So, the question is, are individuals and groups of people at the community level capable of being civilized in the absence of an organized political body? Will their world collapse in on them, or is it possible to live in peace and harmony without the presence of government and its agents of force and violence?

Interestingly, we have a living example today. The small town of Cherán, Mexico, in the state of Michoacán, with a population nearing 30,000 people has been operating without government, police, and cartels for the last 7 years.

Make no mistake about it, Mexico is in a civil war, and the bulk of their political system has been compromised by drug cartels and the murder and corruption associated with this travesty. In an environment this hostile, the government cannot be trusted to serve the interests of the people, and the police are all too often complicit in the crimes against the people.

In 2011, the indigenous people of Cherán gathered together and waged a popular uprising against government, the police and the cartels who were causing a wave of homicides, kidnappings, extortion, and all of the stress and heartache that comes with this. The conflict originally came about as a women-led insurrection against armed, cartel-managed illegal loggers, and ended when the city’s residents ousted all political parties, politicians, police and known gangsters and criminals.

“In Mexico, organised crime reaches everywhere, even into the smallest village – except for one small town in the state of Michoacan. Led by local women, the people of Cheran rose up to defend their forest from armed loggers – and kicked out police and politicians at the same time.

The women met in secret to make their plans. They were sickened by the killings and kidnaps that had become routine and angered by the masked men who roamed their town demanding extortion payments from small businesses. And for more than three years they had watched, indignant, as truck after truck trundled past their homes piled high with freshly cut logs” [Source]

In other words, the community banded together to protect themselves from criminals, which is how a community should work. In a statist society, the government comes in with a monopoly of force, and anyone who doesn’t submit to government demands is severely punished.

This video from AJ+ describes the situation in Cherán:

The town is now led by a 12-member council that is selected by members of the community every three years. Political parties are not allowed to advertise there, and instead of police, they have community organized security forces who intercept all traffic coming into the town, preventing bad actors from entering.

This is local government in action.  At its root, the word anarchy means, ‘without authority,’ a concept which scares the daylights out of statists, but in a country as messed up as Mexico, it is heartening to see how one community’s self-determination can thrive without such authority.

In a recent documentary-style short film, Luke Rudkowski of We Are Change traveled with Jeff Berwick and crew to Cherán, Mexico, to get a sense of what life is like there. It turns out that the system is working quite well for the people of the town, leading to drastic reductions in violent crime, and the added benefit of uplifting the residents, giving them a sense of freedom and pride that most of the world can hardly imagine.

This article (A Living Example of Political Anarchy – No State, No Police, No Gangs, No Crime) was originally created and published by Waking Times and is published here under a Creative Commons license with attribution to Isaac Davis and WakingTimes.com. It may be re-posted freely with proper attribution, author bio, and this copyright statement.