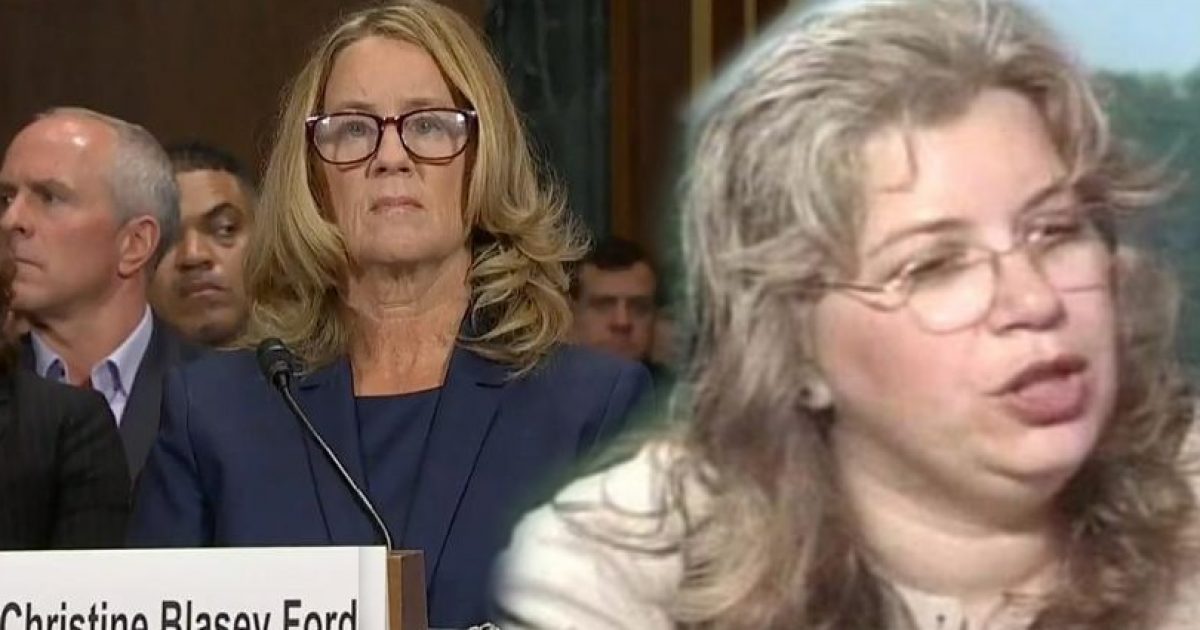 On Thursday, following the hearings where Dr. Christine Ford provided testimony under oath without any evidence at all of a 36-year-old alleged sexual attack by Supreme Court nominee Brett Kavanaugh and his friend Mark Judge, Kavanaugh denied the allegations and blasted Senate Democrats for their involvement in ruining his good name.  However, when asked by Senator Cory Booker whether or not Kavanaugh thought Ford was part of what Kavanaugh referred to as a “political hit” against him, Kavanaugh rightly steered clear of a public relations disaster.  However, I am willing to say would he would not:  Of course, she was part of it!

I don’t say this lightly.  There are many things that we heard from Ford on Thursday that indicate there is more going on than she was willing to say.

Clearly, Ford has been outed as a radical political activist who promotes baby murder and other unlawful actions.  However, her story didn’t exactly lend credibility except with Democrat members of the Senate Judiciary Committee, one of which has openly professed to sexual assault.

However, Ford claims she never authorized her July letter to Senator Feinstein to be made public and yet, it was.  She didn’t seem distraught over that.  She wasn’t angry it was made public.  Why?  She knew it would be made public.

Ricki Seidman, a Democratic operative and former Clinton White House official who is now an advisor to Mrs. Ford, said in July (at roughly the same time as the letter was submitted) that she predicted a “strategy” forming to destroy Brett Kavanaugh.

She suggested a “strategy will emerge” to destroy Trump’s nomination for the Supreme Court in a conference call with the American Constitution Society in July.

“I do think that over the coming days and weeks there will be a strategy that will emerge, and I think it’s possible that strategy might ultimately defeat the nominee,” Seidman said in audio that was recorded by the Republican National Committee’s War Room. “And whether or not it ultimately defeats the nominee it will, I think, help people understand why it’s so important that they vote.”

If you think Mrs. Ford is ignorant of this considering her father works for the Central Intelligence Agency and her prior criminal political activism, then you aren’t thinking clearly.

Ford obviously has mental issues and that was on display on Thursday during her testimony.  She clearly tried to present herself as a victim while she accused Kavanaugh of sexual assault with absolutely no evidence.

Kavanaugh even responded by pointing out that even her friends said they don’t recall such an incident and had literally hundreds of people commend his character as the direct opposite of what Ford claims.

As I’ve said before, I don’t support Kavanaugh’s appointment to the Supreme Court on the grounds of lack of constitutional rulings, but that attack on him was orchestrated, it was political and Ford was a part of it. It’s wrong.

Ford didn’t even think to act, according to her testimony, until Kavanaugh was on the short list, but did she go to local law enforcement?  Nope.  She went to her US Democrat representative, Senator Dianne Feinstein and The Washington Post.  If that is not political, I don’t know what is.  Ford is not seeking justice nor is she seeking to do her “civic duty.”  She is seeking to slander a man’s character for something she cannot prove that she claims happened over 36 years ago.

Kavanaugh’s nomination was passed out of committee on Friday and will go to the Senate floor for a confirmation vote.

For a quick run down of the political hit on Kavanaugh, take a look at this short synopsis by Paul Joseph Watson.