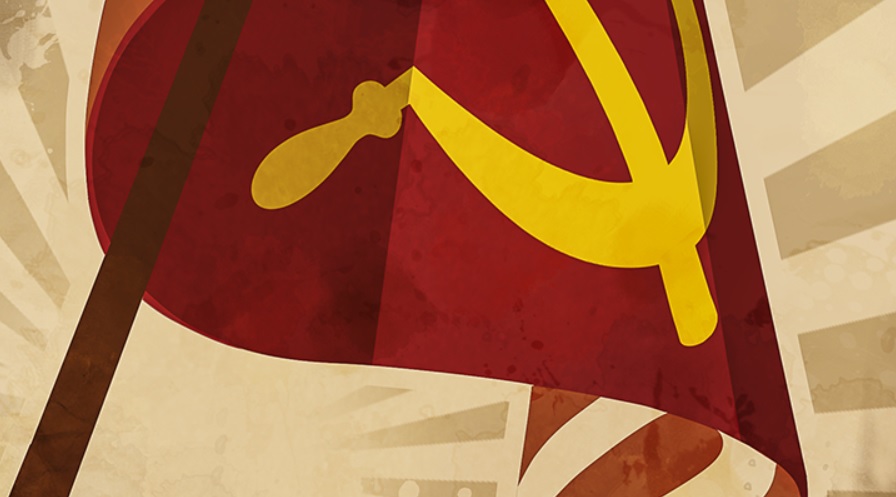 I have written a number of articles about the Democrats and just touched the surface of what the Democrats have become over decades of time. Today, the Democrats are aligned with the Socialists and Communists in our nation that wish to get rid of our Constitution and replace it with something more aligned to a Communist ideology. We can clearly make this statement based upon facts few will ever see or even recognize.

The first person I will show briefly is the man who directs all the Democratic movement in the US Senate.  This man hates the United States and is none other than Chuck Schumer. Below I show his ties to the Communist Party, along with Socialism.

Charles Schumer via Discover the Networks:

“In 1998 Schumer was elected to the U.S. Senate. His candidacy was backed by the Committees of Correspondence for Democracy and Socialism, a Communist Party USA splinter group. In subsequent years, Schumer also received support from the Working Families Party.

* In 1997 Schumer co-sponsored Congressman Matthew Martinez’s Job Creation and Infrastructure Restoration Act, which proposed to use $250 billion in federal funds for the establishment of union-wage jobs rebuilding infrastructure (e.g., schools, hospitals, libraries, public transportation, highways, and parks). Martinez had previously introduced this bill in 1995 at the request of the Los Angeles Labor Coalition for Public Works Jobs, whose leaders were all supporters or members of the Communist Party USA.

Just click on the links to see what these groups are all about. If the Socialist and Communist Parties have a friend in the Senate like Schumer, we are not watching our backs. We should never have any person writing our laws with Socialist and Communist ideologies. This is the “New” Democratic Party that is slowly showing that the old Democratic Party is near death and it has become a party representing these ideologies.

Now, let’s move to the top Democrat in the House of Representatives, Nancy Pelosi.

Nancy Pelosi via Discover the Networks

TIES TO THE DEMOCRATIC SOCIALISTS OF AMERICA

On November 11 1995, Pelosi and fellow Democratic Congressman Ron Dellums were the keynote speakers at a public hearing on jobs and economic insecurity in San Francisco. The event was co-sponsored by the San Francisco Democratic Socialists of America (DSA) and the Full Employment Coalition.

In 2001, on the hundredth anniversary of the birth of the late Harry Bridges (1901-90)—a former leader of the International Longshoremen’s and Warehousemen’s Union who was later (in 1992) exposed as having been a longtime member of the Communist Party USA‘s Central Committee—Pelosi honored Bridges as a man who was “beloved by the workers of this Nation, and recognized as one of the most important labor leaders in the world.” Bridges’ International Longshoremen’s and Warehousemen’s Union, Pelosi added, was “the most progressive union of the time.” As scholar Joshua Muavichik explains, Bridges had been directly approved for his Central Committee post by the Kremlin: “This means, plain and simple, that he had devoted his life to the service of the Soviet Union and its ruler, Joseph Stalin, one of the three greatest mass murderers of all time.” Pelosi’s praise of Bridges, Muravchik adds, does not mean that Pelosi was ever a Communist, but it did illustrate “Pelosi’s wretched record in judging who are history’s good guys and who are its bad.”

In 2001 as well, Pelosi also praised another prominent Bay Area socialist, Vivian Hallinan—whose husband, Vincent Hallinan, had co-founded the National Lawyers Guild‘s San Francisco chapter and had run for U.S. president in 1952 on the Progressive Party (which was a Communist Party front) ticket—as “a role model for many of us” and a “pioneer” in “a wide range of progressive causes.” In Pelosi’s view, “Vivian was devoted intellectually and passionately to many causes, well before they became popularly embraced.” Accuracy In Media’s Cliff Kincaidnotes that “these causes included support for communists in Central America during the 1980s, when Soviet- and Cuban-backed forces were subverting Central America through violence and terrorism and fighting for control of the region.” Indeed, Pelosi’s tribute specifically lauded Mrs. Hallinan for having: (a) “opposed U.S. policy in Central America” under President Reagan; (b) “befriended Daniel Ortega, Nicaragua’s [Communist] Sandinista leader”; and (c) met with Cuban dictator Fidel Castro. The Hallinan family, it should be noted, was at one time under scrutiny by the California Senate Fact-finding Subcommittee on Un-American Activities for its efforts in promoting pro-Soviet propaganda.

In 2004 and 2006, Pelosi was a guest speaker at the annual “Take Back America” conferences which were organized by the Campaign for America’s Future and the Institute for Policy Studies.

All of the above show direct links to both the Socialist Party and the Communist Party. Once again, we should never allow anyone with connections like this to our enemies to be in any position within our government.

However, take a look at the last item that shows her direct link to the man who is an enemy of the United States, George Soros.

How in the world did we allow this lady to become anything other than dog catcher? Our nation has the people in place to ensure a Socialist government, but President Trump is not what they want. Socialists, disguised as Democrats, were hoping to have Hillary in office to continue the move towards a pure Socialist government.

Take a look at this history from Discover the Networks.

Jeffrey Lord, a contributing editor to The American Spectator and a former aide to Jack Kemp and Ronald Reagan, has chronicled the following vital facts about the Democratic Party of 1800 through the 1960s:

Take a look at this statement from six-time Socialist Party candidate for US President Norman Thomas and what he said about the Democratic Party in 1944.

“The 1960s were the heyday of the radical, anti-American movement known as the New Left. (For a detailed discussion of the New Left and its worldview and activities, click here.) By the early 1970s, however, the New Left had spent its political capital and was a dying movement. But its adherents remained committed to the cause, altering their tactics so as to work within the political and social system in a manner the New Left had previously chosen not to do. These latter-day leftists incorporated the tactics of Saul Alinsky, seeking to change society by first infiltrating its major institutions – the schools, the media, the churches, the entertainment industry, the labor unions, and the three branches of government – and then implementing policies from those positions of power.”

Here we see the Democrats began their change into the realm of Saul Alinsky. Please read the above link to Saul Alinsky to find out just what the Democrats are doing today go directly back to what Communist Alinsky formatted for a Communist destruction of the United States! We should question all that the Democrats do as they are not for the Constitution, but are, in fact, against it and can only win by berating anyone they wish.

“Today’s ruling Democratic Party faction, whose members include the so-called “Shadow Party” and its constituent elements, call themselves “progressive Democrats.” These Democrats themselves have a leftwing faction in the House of Representatives which is formally organized into theProgressive Caucus.”

Democrats have sold the people out for Communists and Socialists. The people the Democrats want now are just plain old misdirection. Just look at the next part of this showing Democrats association to both the Socialists and Communists.

In April 2010, the official website of the Social Democrats USA (SDUSA) revealed that organization’s ties to the Democratic Party. Describing itself as a “Party Within a Party,” SDUSA stated the following:

The Social Democrats, USA kept the name Socialist Party for our political arm because we are the party of Eugene Debs, Mother Jones, Helen Keller, Carl Sandburg, Norman Thomas, A. Philip Randolph, Bayard Rustin, and thousands of people who worked to build the civil rights and trade union movements in this country. Many good folks gave their lives in these movements.

The Socialist Party, USA, in 1956, chose to stop running candidates of its own, except on rare occasion. During the 1960’s, we began to work in the Democratic Party. This is where our allies in the civil rights and trade union movement worked and continue to work politically. We are proud of what we helped accomplish within the Democratic Party, particularly the civil rights legislation and anti-poverty programs of the 1960’s. The struggle continues.

Our movement has been involved in the left wing of the Democratic Party since 1947. Socialist Party members helped found Americans for Democratic Action. ADA is this country’s premiere “anti-Communist, liberal” organization. We are proud of our long relationships with Eleanor Roosevelt, Hubert Humphrey, and others. We look forward to forging a good working relationship with our fellow pro-labor, anti-totalitarian, left Democrats.

Late in 2010, Communist Party USA member C.J. Atkins called for his comrades to drop their “communist” label, so that they could work more effectively inside the Democratic Party. Soon thereafter, Joe Sims, co-editor of the CPUSA publication Peoples World, acknowledged not only that collaboration with the Democrats “will be an area of engagement for those wanting to make a difference,” but also that communists might someday be able to “capture” the Democratic Party entirely. Sims warned, however, against dissolving the CPUSA entirely into the Democratic Party. Rather, he advised his organization to remain a separate entity, working both inside and outside the Democratic Party as circumstances required.

This makes it clear that the Democratic Party today is not what they lay claim to being. I have presented just the tip of the proverbial iceberg. But just like the iceberg, the Democrats are sure to make it hard to see what lies below the surface. The way the Democrats are acting today with Judge Kavanaugh, shows just how far they will go to maintain power and this freak show with all the bought and paid for women is nothing more than their hate to have a Supreme Court that would base their decisions on the written law and the Constitution.

We hope we have shown enough about the real Democratic Party, which today is much more like a Socialist/Communist Party than a party based upon the rule of law and the Constitution. You decide, because if the Democrats win, we all lose since then they will allow their Socialist/Communist friends such as George Soros to do as they please to destroy our nation by eliminating parts, if not all, of the entire Constitution.