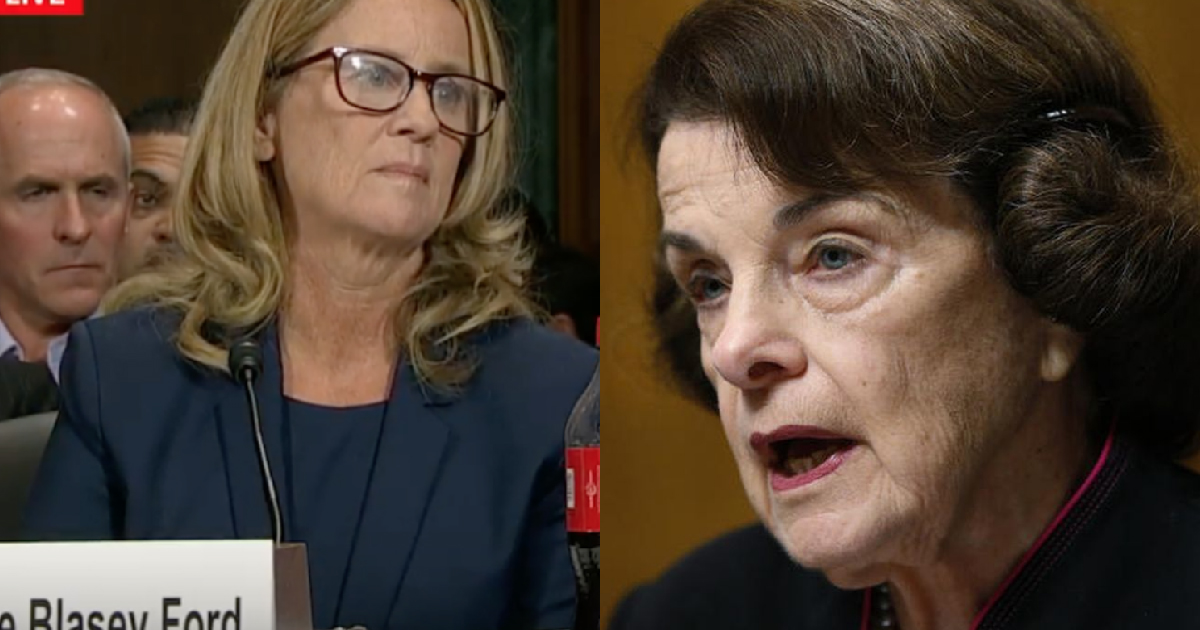 On Saturday, Senator Bill Cassidy (R-LA) appeared on Fox & Friends on Fox News.  He said that given the circumstances and Dr. Christine Ford’s testimony that she gave no one authority to leak her letter that she sent to Senator Dianne Feinstein (D-CA) that Feinstein should be asked under oath whether or not she or anyone in her office did leak the letter.

Cassidy said the FBI “should investigate whether indeed there is this intent to coordinate and, in fact, the actual coordination.”

Well, we know Democrats were already constructing this attack on Judge Brett Kavanaugh from audio recordings in July, at the same time that Ford presented her letter to Feinstein.  And if you think Ford didn’t know that was what was coming, especially given her previous radical activism, then you simply are not paying attention.

It certainly wouldn’t take a lot of investigating to determine what took place.  Anyone who can’t connect the dots after hearing that audio is completely incapable of investigating anything.

There is no doubt in my mind that Senator Feinstein and her office leaked the letter.

This is a woman that leaked Fusion GPS Glenn Simpson’s closed-door interview without the consent of the Senate Judiciary Committee and then went on to justify her actions by stating her mental faculties were impaired.

In other words, she has a history of this sort of thing, but I don’t think Mrs. Ford was ignorant of what was going on and this is why she was encouraged to obtain an attorney.  No doubt, Christine Ford is being used, but she’s all too happy to go along.

Cassidy, for his part, even said that Ford’s therapy records should be investigated as well.  I couldn’t agree more.  The woman has made completely unsubstantiated claims against Judge Kavanaugh, has made those claims under penalty for perjury, and is held up a beacon of bravery, but all the evidence says something completely different and when one even goes back to her high school yearbook, one discovers just what kind of young lady Ford was and whom she associated with. (See here, here and here).

I say, let the investigation into Dr. Christine Blasey Ford be underway, along with that of Senator Feinstein, and if they are discovered to have been colluding together against Judge Kavanaugh, they should not only be charged with a crime, but should be made to pay for the entire investigation.