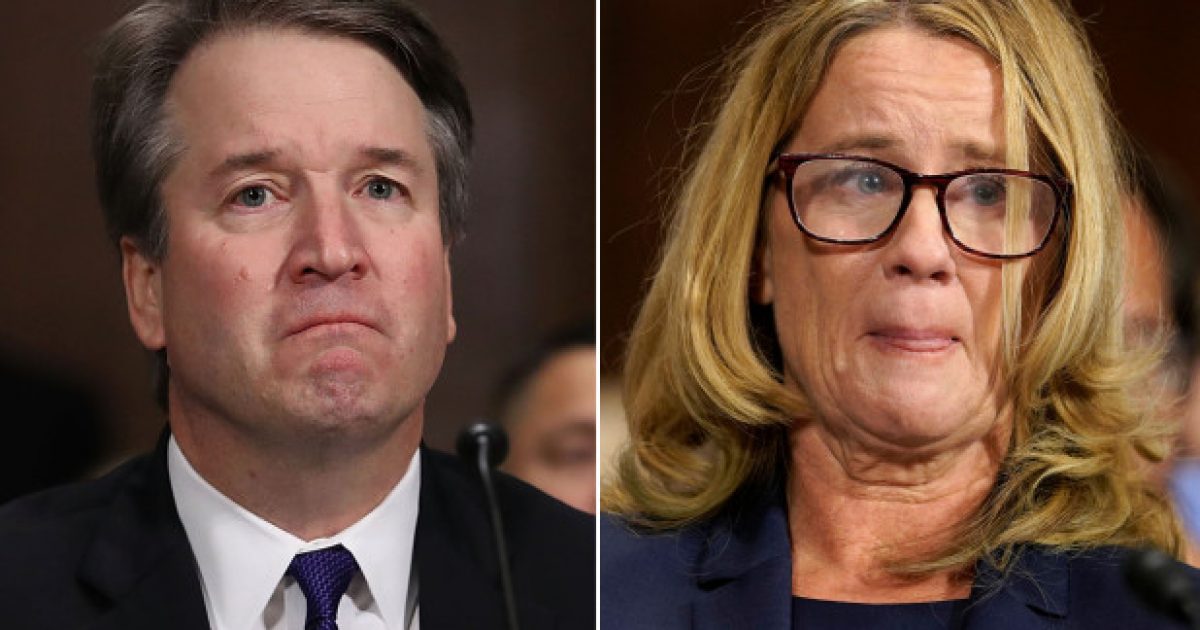 A “no” vote on the confirmation of Judge Brett Kavanaugh is a vote against the bedrock principle of the American system of justice – the presumption of innocence. Dr. Christine Ford has accused a man of attempted rape without one shred of evidence. In fact, the limited (and imperfect) evidence that is still available after 36 years, favors Kavanaugh.

The first forms of evidence are the four “witnesses” who have all declared, under the penalty of perjury, that this never happened. This is not a “he said, she said” situation. Instead, Laura Ingraham calls it a “they said, she said” situation. Ford is the only one of five individuals she claims were present at this party to recall it. The four others have no recollection. And that includes the most significant person, the only other woman she claims was present, her lifelong friend, Leland Keyser Ingham. Ford’s explanation for her friend’s failure to recall this incident is Ms. Ingham’s poor health.

The only other form of “evidence” is Kavanaugh’s calendar from the summer of 1982, which was reviewed at great length during the hearing. The calendar showed that he was in town for only a handful of weekend nights that summer and all were accounted for.

Although it’s not the same as an ironclad alibi, contrast that with Ford’s inability to name a date (she’s not even absolutely sure of the year), a place or how she got to and home from the party.

How many high school students maintain a calendar? Only a very focused one. Not so surprising from a young man who was the class valedictorian. How many valedictorians try to rape a girl?

Of course, Sen. Sheldon Whitehouse (D-RI) now believes that the alleged assault occurred on July 1, 1982 because Kavanaugh had written “Go to Timmy’s for Skis w/ Judge, Tom, PJ, Bernie, Squi” on that date. “This may be powerful corroborating evidence that the assault happened. That it happened that day. And that it happened in that place.” Judge (Mark Judge) and PJ (PJ Smyth) were two of the people that Ford said were at the party where she was allegedly assaulted. But there were four additional boys listed on the entry who were not named by Ford.

Rachel Mitchell, the female prosecutor hired by Republicans to question Dr. Ford, privately told them that she could never prosecute a case like this. There is no evidence.

Most people, including Kavanaugh, believe that something happened to Dr. Ford at some point in her life. Her fragility is readily apparent. To me, the spectacle of a surprisingly childlike 51-year-old woman, awkward in appearance, dress, voice and overall demeanor, describing the agony of a scenario familiar to many women who came of age in the 1980s, was indicative of deeper issues that likely existed before, whatever may have happened to her, happened.

After watching Ford’s testimony, I was left with the feeling that this woman has many issues – issues that alter and sometimes magnify both her perception of experiences and how she processes them. Her level of trauma and helplessness seem to be the result of something far more serious than what she describes.

Whatever devastating experience she endured, there is not one shred of evidence that ties it to Brett Kavanaugh. The only evidence available at all is exculpatory to Kavanaugh.

So, why are we here? Because Ford made a “serious” accusation and she must be believed. The truth is that not all women should be believed.
The mainstream media would have us believe that only 2% of all women lie about rape. The BBC claims that 2-10% of all claims of sexual assault are false. Conservative journalist Michele Malkin

, in the video below, presents some surprising studies that debunk the 2% figure. According to some law enforcement officials, the figure could at times reach 40%.

The New York Times published an editorial on Saturday entitled, “Women are Watching,” and subtitled, “which should make Republican lawmakers very, very nervous.”

Yes, women are watching. Women with husbands, fathers and sons.

If Kavanaugh were my son, I doubt if I could have maintained my dignity at Thursday’s hearing. Especially when Sen. Richard Blumenthal (D-CT), who once famously lied about his military service, opened his questioning of Kavanaugh by attacking his credibility. He said: “Falsus in uno, falsus in omnibus. False in one thing, false in everything.” What extraordinary gall! He was even called out by the ultra liberal blog, Mother Jones.

And men are watching too.

, in a conversation with Glenn Beck

on Mercury Radio, said, “Anger overrides every other emotion when it comes to voting.”

Well, the Democratic tactics employed to stop Kavanaugh’s confirmation by casting aside the rule of law, have angered many Americans including myself and that anger will do more to bring out the conservative vote than anything else could have.

Ted Cruz Comes For Obama/Biden: “What The Obama-Biden Administration Did In 2016 And 2017 Makes Everything Richard Nixon Even Contemplated Pale In Comparison”
June 3rd, 2020 Right Wing Tribune

Violent Rioters Burned Home With Kids Inside, Then Blocked Fire Fighters From Getting In
June 1st, 2020 Flag And Cross