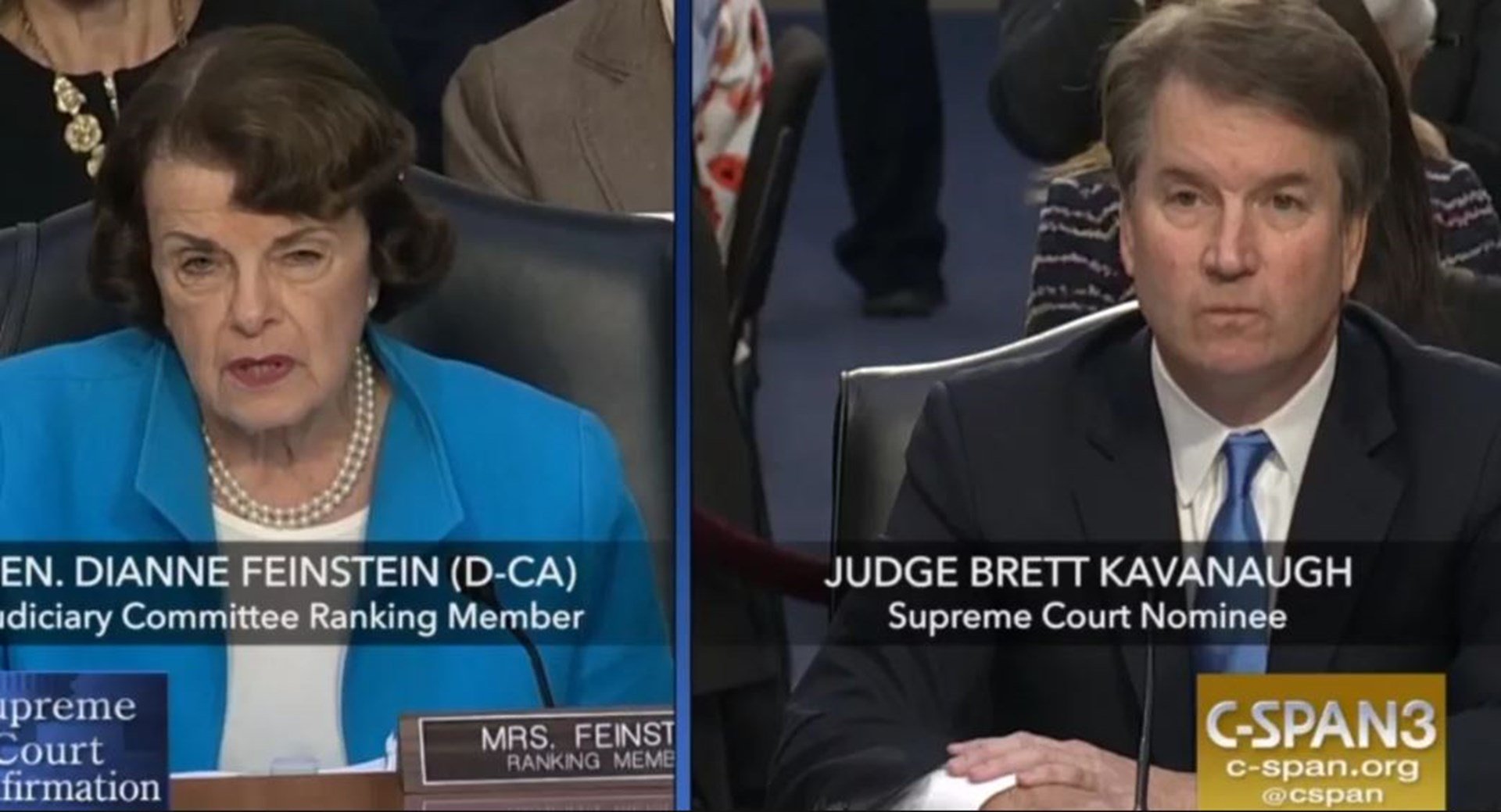 Brett Kavanaugh’s nomination to the Supreme Court has been ugly and bizarre, even by Washington’s standards.

But with so much at stake, it’s natural to obsess over the hearings and the spectacle they’ve become. This is neither constructive nor healthy, however.

Research shows that focusing on politics often makes us feel helpless and depressed because we’re expending energy on matters beyond our control. Venting on Twitter or Facebook might make us feel like we’re influencing events, but we’re almost certainly not.

There’s a temptation, of course, to believe that politics is the only way to keep evil in line, and that we must confront power with power. But Gandalf probably had it right when he suggested the opposite is true. In the 2012 film adaptation of J.R.R. Tolkien’s book The Hobbit, Gandalf says:

Some believe it is only great power that can hold evil in check, but that is not what I have found. It is the small everyday deeds of ordinary folk that keep the darkness at bay.

So here are five human achievements people might have missed while the world’s attention was transfixed on bitter Washington politics.

Scientists found a way to use spit to predict heart attacks and strokes.

Researchers at Queen Mary University London and Imperial College London announced a breakthrough in gene research that will allow them to identify patients genetically predisposed to high-risk blood pressure conditions through a simple spit test.

“This is the most major advance in blood pressure genetics to date,” Professor Mark Caulfield, of QMUL told The Sun.

The technology will enable doctors to more effectively identify, educate, and treat high-risk patients, reducing the number of heart attacks and strokes.

Our oceans may be getting cleaner soon.

The Ocean Cleanup, a non-profit organization that uses new technologies to rid the oceans of plastic, announced the beginning of a two-week trial phase in preparation for its anticipated cleanup of the Great Pacific Garbage Patch.

“Consider it a final dress rehearsal before the main performance: cleaning plastic from the ocean,” said officials with Ocean Cleanup, a privately fundedinitiative.

Oceanographers claim plastic in the world’s oceans represents a “global threat” by carrying toxic pollutants into the food chain and endangering some 600 marine species. It also looks really gross (see below).

Solar power has yet to become an affordable and efficient energy source. But there’s reason to believe that could change.

University of Cambridge scientists recently claimed they made a significant breakthrough in their attempts to find new ways to harness solar energy. The breakthrough reportedly involved splitting the elements in water—hydrogen and oxygen—”by altering the photosynthetic machinery in plants.”

I won’t pretend to know what that means, but it sounds impressive. You can read more about it here.

A new UN report shows that residents of sub-Saharan Africa are living much longer than they were a mere two decades ago.

People in the region, The Guardian reports, “can expect to live for 11 years longer than the generation that went before them, new statistics show.”

The increase in life expectancy in Africa is linked to the stunning growth of its middle-class in recent years, one of the greatest stories of our age.

All of this is not to suggest that the Supreme Court and Brett Kavanaugh’s confirmation are not important. (They are.) Rather, it’s to contrast the striking differences between government and free markets. One creates acrimony, bitterness, and antagonism; it is a quest for force. The other involves people freely working together, exchanging, and solving problems.

The work of entrepreneurs and “ordinary folk” (to borrow Gandalf’s phrase) might go largely unseen, but don’t be fooled. They—not politicians, bureaucrats, or even Supreme Court justices— are the ones who improve our world… and keep evil at bay.