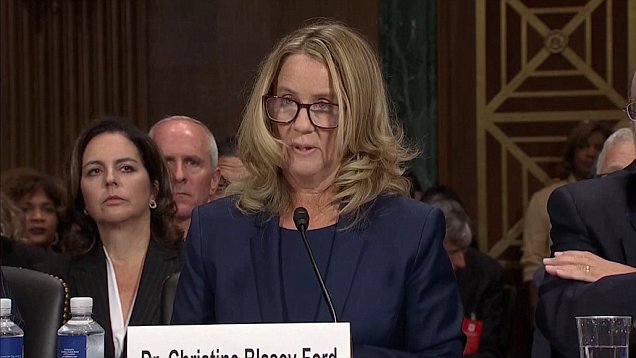 Christine Blasey Ford’s “lifelong friend” Leland Keyser did not back Ford’s story accusing Brett Kavanaugh of sexual assault during her interview with the FBI on Saturday.

From The Washington Times:

Leland Keyser, the high school friend Christine Blasey Ford counted on to corroborate her sexual assault charges, has told the FBI she has no knowledge of the supposed 1982 party or the accused, Brett Kavanaugh.

Howard J. Walsh III, her attorney, told The Washington Times that she met with the FBI on Saturday.

Asked if she had repeated the same two statements she provided the Senate Judiciary Committee, the lawyer answered, “yes.”

Walsh’s original statement said, “Simply put, Ms. Keyser does not know Mr. Kavanaugh and she has no recollection of ever being at a party or gathering where he was present, with, or without, Dr. Ford.”

Ford attempted to explain it away during her testimony by saying: “Leland has significant health challenges, and I am happy that she is focusing on herself.”

I still cannot believe they got away with this answer.

QUESTION: Why did your best friend say she never met Kavanaugh & the party did not happen?

Dr. Ford (literally): "Leland has significant health challenges, and I am happy that she is focusing on herself"

All four “witnesses” Ford cited have denied any knowledge or awareness of any such incident occurring.