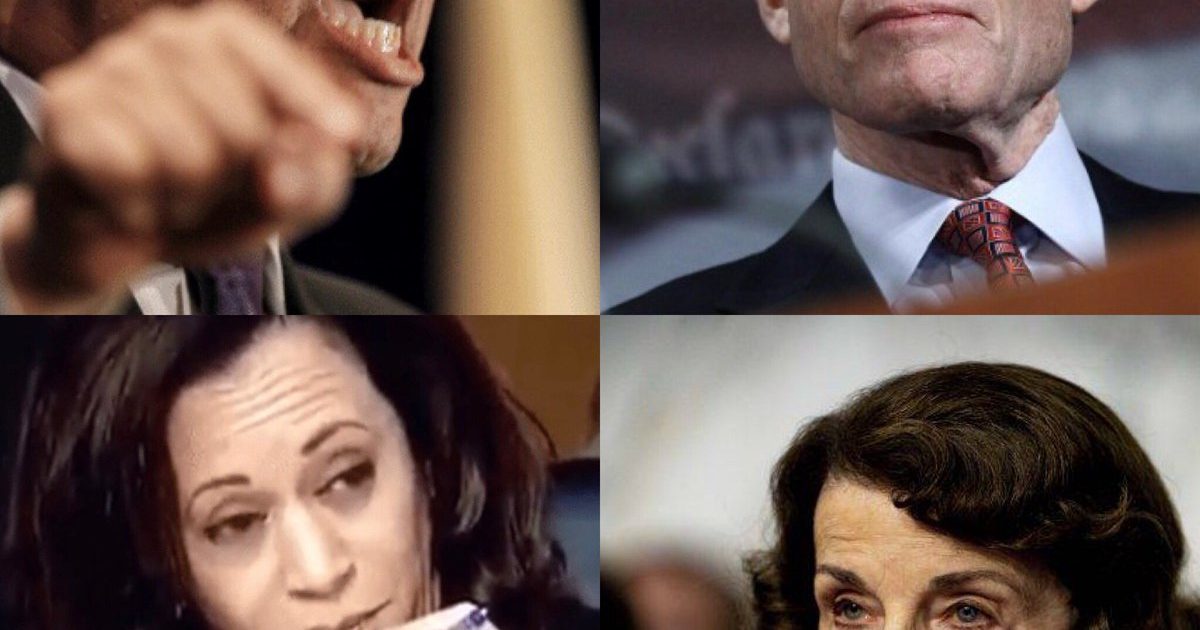 The recent circus at the Senate Judiciary Committee with Brett Kavanaugh and paid accuser Christine Blasey Ford was nothing but a chance for Democrats to try to delay voting on sending Kavanaugh to the Supreme Court. As usual, all Democrats were working off the same script in demanding a week delay in voting, pending an FBI investigation into Kavanaugh’s background.

Judge Kavanaugh has had several background checks conducted on him from the FBI over the years in association with him being promoted to higher positions. As Kavanaugh himself stated, this FBI investigation will prove nothing more than the previous checks did.

The Democrat’s main objective of a delay really is not to have the FBI perhaps find something damaging on Kavanaugh that may not be currently known,  but to allow them time to find and pay accusers to come forth and further damage Kavanaugh’s credibility and nix any chances he still has of becoming a Supreme Court justice.

Interestingly, most of these Democrats are themselves criminals and should be suspended from the Senate until FBI criminal investigations into their crimes are completed.

For example, we have Dianne Feinstein, who has had a Chinese spy working for her for over 20 years, and her connection to Christine Blasey Ford is obvious. Feinstein sat on Ford’s letter during the entire hearings, only to have her staff release it, conveniently just before voting was to commence. Feinstein also personally provided Ford with attorneys. Such actions by Feinstein clearly shows a coordinated effort to derail Kavanaugh.

Cory Booker is another Senator who has spent more of his talking time at these hearings professing his own personal righteousness rather than the actual issue. Booker spoke for 20 minutes on the last day of the hearings, of which 17 minutes were devoted to him speaking about himself and the remaining 3 minutes for his call for an FBI investigation. What Booker wants everyone to forget is, the fact that he has admitted himself to sexually assaulting a drunk 15 year old female in 1984 via a Stanford column he wrote, published in 1992. The fact that Booker has admitted to this sex crime should disqualify him from serving in the Senate or holding any public office. We need an FBI criminal investigation opened immediately into Booker’s apparent lewd past.

Then we have Richard Blumenthal, a known liar for saying he was a Viet Nam combat veteran, when the fact is he saw no combat at all, ever. Blumenthal’s favorite saying throughout the Kavanaugh confirmation hearings is I believe her, or I believe. The bottom line is who really cares what a known liar believes.

Then there is Kamala Harris, another self righteous Democrat who wants us to believe she is a fine upstanding example of a person we all should strive to become like. Yet, she slept her way to where she is today by dating California politician Willie Brown who is 30 years her senior. Harris would like us to believe this is just a conspiracy theory, but if what she and her Democrat comrades profess should be the law of the land where the accuser is automatically telling the truth and the accused is instantly guilty, she assuredly did sleep her way to the top. Harris is guilty, simply because most of us believe she did.

We were supposed to believe Jeff Flake’s mind was changed to him wanting an FBI investigation before confirmation by protesters who confronted him in the Senate Office building. However, these protesters would not have been allowed into the building in the first place unless they were invited. The whole scene was a show by Democrats to have the public believe a handful of female protesters changed Jeff Flake’s mind, when in reality, Flake already had his mind set on calling for an FBI investigation long before he even showed up that day. The protesters themselves were, of course, paid by Democrats for performing a show to propagandize the American people and to provide political drama to influence the public.

What we really have here is criminal Socialists posing as elected officials on both sides of the political isle, mostly Democrats, whose main objective is to thwart anything coming from president Trump who represents the United States of America as a sovereign nation, not the NWO globalist agenda they represent.

The American people no longer have representatives in political office, but repressionists who care nothing about the citizens in their district and ultimately want to destroy the country. The Constitution doesn’t exist in the US today, as seen here and in other crimes committed by Democrats that have been ignored.

If we did have a Constitution in force and real representatives rather than repressionists, Bill Clinton would have been investigated for the many sex crimes that he has been accused of over the years.

A recent example of the lawlessness in Washington is seen with Rep. Keith Ellison, who remains completely without scrutiny from any lawmaker when in fact he should be on trial for domestic abuse against a former girlfriend.

The bottom line is, we need FBI criminal investigations opened on every Democrat that has called for the same on Brett Kavanaugh because it seems each of them have a criminal skeleton conveniently hidden in their closets.

TonyElliott is an established writer with articles in over 20 publications of differing topics. He was a Political Commentary Columnist for the Cimarron News Press in Cimarron, New Mexico from 2001 to 2003. Tony was also a regular writer for several small coastal newspapers in Southern Oregon during the early 1990’s. BOOKS: Aura Visions: The Origin Prophecy, Enviroclowns: The Climate Change Circus, Strange Sounds: A Research Report