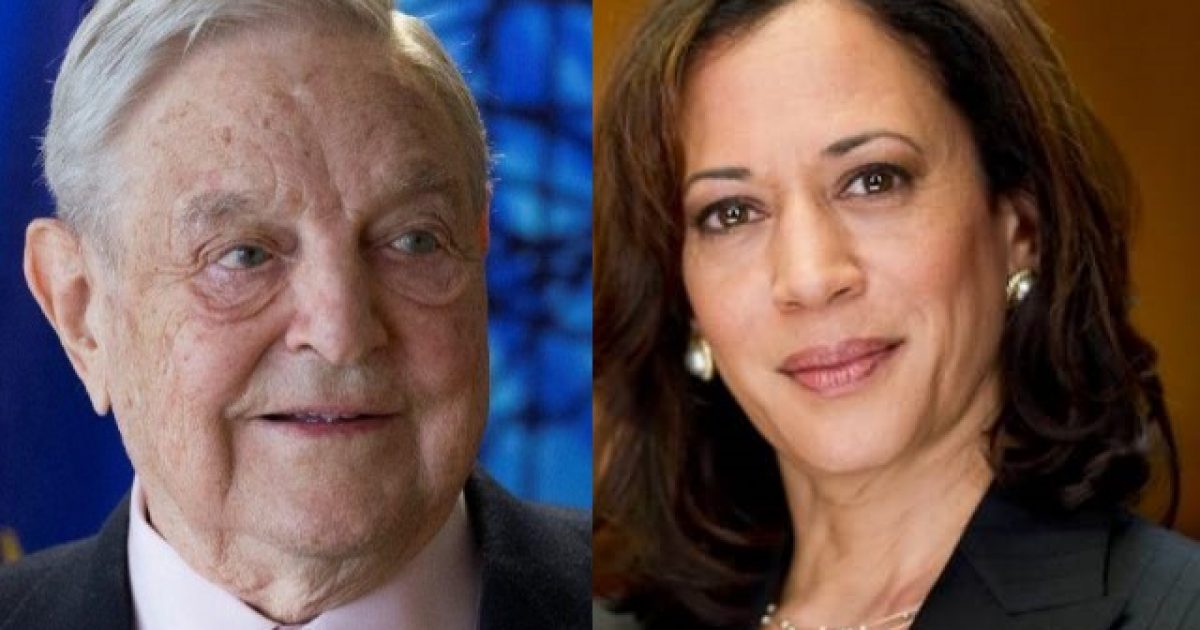 Kamala Harris is one of the most despicable and corrupt senators in the US Senate.  Not only did she go after David Daleidan of the Center for Medical Progress for exposing the crimes of her church, Planned Parenthood, and their priests, the baby murdering hitmen, and their proselytizers for selling murdered baby body parts, but she has cast her lot in with the other criminal and lying Democrat senators attacking Judge Brett Kavanaugh over unsubstantiated allegations.  Now she is using those unsubstantiated allegations to join forces with Soros-financed MoveOn.org to raise money for Indiana Democrat Senator Joe Donnelly.

“I walked out,” Harris said in the fundraising appeal. “Republicans rushed Judge Kavanaugh’s confirmation with a sham hearing yesterday morning, less than 24 hours after Dr. Christine Blasey Ford had the courage to tell her story in front of the entire country. It’s a disgrace. So, instead of sitting through the farce … I walked out.”

Harris encouraged MoveOn.org members to donate to Donnelly, who is in a fight for re-election.

I know I’m not alone in this fight; millions of Americans are with me. And as of yesterday morning, I’m proud to say that my colleague, Indiana Senator Joe Donnelly, is with me. After hearing Dr. Blasey Ford testify and seeing the GOP effort to push through this confirmation, Sen. Donnelly has said he’ll vote no on Kavanaugh.

But Sen. Donnelly is in one of the toughest reelection fights this year—and we know his opponent, a right-wing candidate who’ll march in line with Senators McConnell and Grassley and Donald Trump—will attack him for this vote. That’s why I’m asking:

Can MoveOn members around the country help in getting Joe’s back?

Click here to rush a contribution of $3 to Joe Donnelly to help have his back and end Republican control of the Senate in November.

MoveOn.org also launched into what can only be described as a mentally unstable, constitutionally ignorant rant.

“Call your senator and tell them to #StopKavanaugh,” MoveOn.org admonished readers. “Brett Kavanaugh could gut or overturn Roe v. Wade and the Affordable Care Act, can’t be counted on to hold Trump accountable for any criminal activity, and has repeatedly sided with corporations and the wealthy over workers and protecting our environment.”

These people should know that one judge simply cannot do what they are claiming, but they promote the hysteria anyway.

Such is the actions of organizations funded by George Soros.  As FactCheck.org writes:

MoveOn.org has grown into a major political force — both at the grassroots and national level. It was a 527 committee that took unlimited contributions from major Democratic donors. During the 2004 presidential campaign, MoveOn.org was the seventh-largest 527 committee and spent $21 million, according to the Center for Responsive Politics. Initial donors included billionaire George Soros, a major donor to liberal causes, who spent millions in 2004 trying unsuccessfully to defeat President Bush.

But it doesn’t just have direct ties to Soros money.  It has also been backed by the Tides Foundation, which has received money from Soros and has also partnered with Soros’ Open Society Foundations.

According to the Tides Foundation:

As a public charity, Tides is not owned by Soros, nor was it started by him. Soros is the founder and chairman of the Open Society Institute. It is just one of hundreds of funders that partner with Tides in programs to promote economic justice, democratic processes and human rights.

The Open Society funds are only a small percentage of Tides’ total contributions — far less than 5 percent of our $112 million total in 2009.

While they try and paint Soros as a benevolent investor who just wishes the best for people, the reality is far different.  Soros has not changed since he was a little boy, working alongside the Nazis and he has remained unrepentant about it.

Kamala Harris should be ashamed of herself if only she knew how to be shamed.  She has seared her conscience so badly that she has absolutely no problem throwing around unsubstantiated allegations of a mentally unstable woman against a man who not only has her witnesses on his side, but hundreds of women who have vouched for his character.

Kamala Harris is a disgrace in the US Senate, just like every Democrat member on the Senate Judiciary Committee.