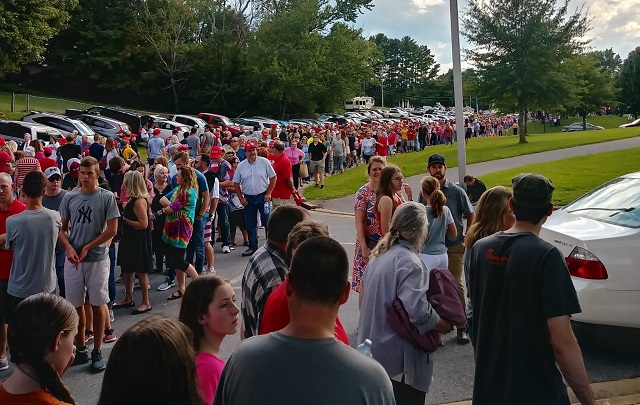 President Donald Trump shared an astonishing video on Twitter Monday night showing how massive the line was to his latest rally in Tennessee in support of Republican Rep Marsha Blackburn.

As The Gateway Pundit notes, Republic Broadcasting Network said it was the longest line they’ve “ever seen” for a Trump rally.

Big crowds. Nearly 7k inside, nearly 2k in overflow and thousands outside. Estimating 20,000 in attendance. Big numbers! @MarshaBlackburn has a great chance of winning in November. pic.twitter.com/h1wPclPfAe

Thank you Tennessee – I love you! pic.twitter.com/1swpoY7F5x