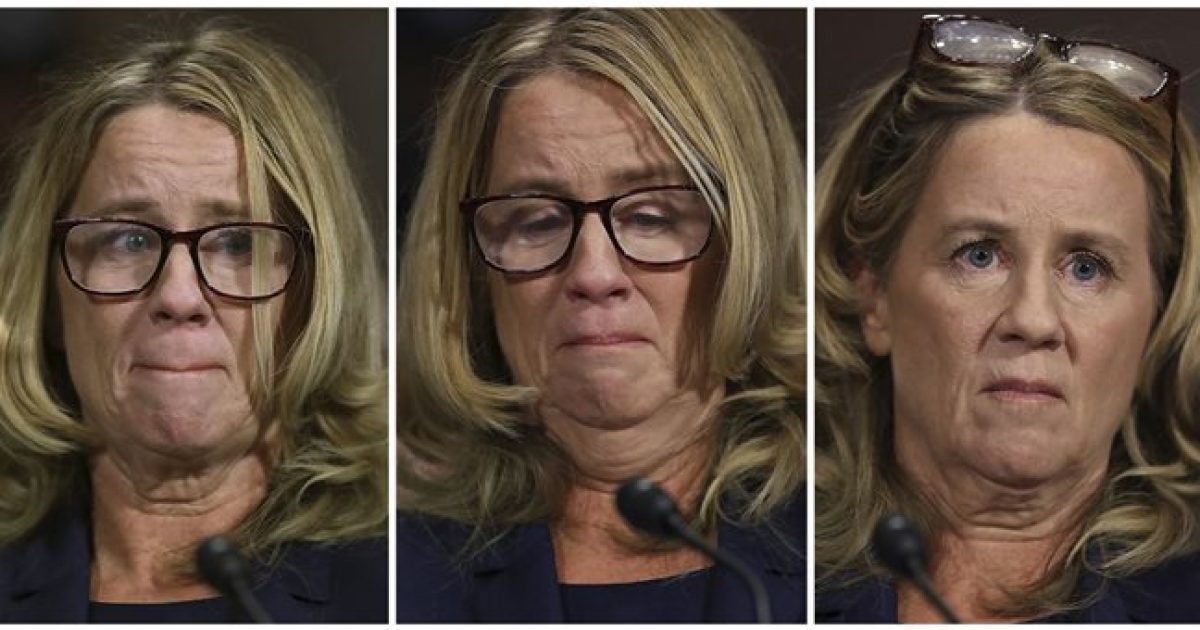 Dr. Christine Blasey Ford’s unsubstantiated claims against Supreme Court nominee Judge Brett Kavanaugh finally gave way to testimony last week before the Senate Judiciary Committee.  While there is absolutely no evidence and no witnesses to corroborate her story, everything we do have refutes her allegations.  However, there are more issues at hand that Ford told us without telling us.  Dr. Andrew Hodges has written on some of this previously, but there is also body language that gives a person away when they speak.  This is where Mandy O’Brien comes in.  She is a body language expert and puts out videos of various speakers and testimony at her website, in which she reveals what is really going on with the person speaking, and she has an incredible analysis of Ford’s testimony.

The following video has over 2.5 million views.

Not only does O’Brien comment that there is “something neurologically wrong” with Ford, but she demonstrates over and over how Ford is manipulating her answers and the committee.

O’Brien also points out that Ford never presents any “visual memory,” which I take is how one’s facial reaction to a question and you are trying to recount it in your mind.  None of that goes on, and O’Brien claims that is because she is simply repeating what she wrote and has no actual memory of an event, an event that even her friend she said was there declares never happened.

Ms. O’Brien also makes reference to the fact that Ford would go into “pretty pose” mode when she wanted the committee to be sympathetic towards her, yet go “defiant” once she was done.

Over and over, Ford’s responses, especially with the fake choking up and childish voice, are referenced by O’Brien as “nails on a chalkboard.”

Yet, O’Brien goes on to demonstrate the body language of the prosecutor that the Republicans asked to sit in and ask questions on their behalf.

She claims the prosecutor did her job because she knows exactly what she is doing by “giving her [Ford] enough rope to hang herself.”

I tend to agree with her assessment.

The childish voice and the fake choking up were so apparent, and yet, not one tissue in the house, but she did have a Coca-Cola prominently displayed in front of her.

As soon as she was done reading her testimony though, her entire demeanor seemed to relax and change.  I don’t recall after she read her testimony that she ever reverted back to the fake nervous breakdown she was demonstrating at first.

The short video is well worth the time to watch if, for nothing else, you learn a little something in behavior that is presented and often people don’t even pick up on it.