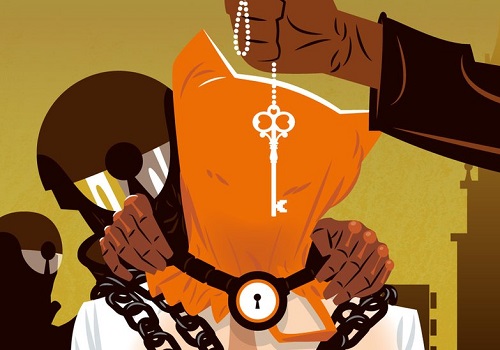 Tyranny is often seen as a sudden and inexplicable development in a society; the product of a singular despot that rockets to power for a limited window of time due to public fear or stupidity. This is one of the great lies of the modern era.

The truth is that for at least the past century almost every historically despised “tyrant” was merely a puppet of a larger managerial cabal, and the construction of each totalitarian state was accomplished slowly and quietly over the course of decades by those same financial elitists. From the Bolsheviks, to Hitler and the Third Reich, to Mao Zedong, to most tin-pot dictators across the Middle East and Africa, there has always been an organized group of money men and think tanks fueling the careers of the worst politicians and military juntas of the epoch.

The rise of a tyrannical system takes extensive time, planning and staging. Human beings do not simply jump right into the arms of a dystopian nightmare regime impulsively at a moment’s notice. We have been told by popular media that this is how it works; that during hard economic or social conditions men with charismatic personalities and evil intentions suddenly rise to the surface and take power by promising a better world in exchange for public fealty. But where did those economic and social crises come from to begin with? Were they a natural consequence of the era, or were they deliberately engineered?

The reality is that people must be psychologically conditioned to trade freedom for the illusion of safety. Sometimes this takes generations.  Every attempt at a totalitarian framework inevitably elicits a rebellion. Therefore, the most successful tyranny would be one that the public DEMANDS. They have to think it is their idea, otherwise they will eventually fight it.

Globalist financiers and power addicts need something more than mere military might or bureaucratic force to obtain their ideal slave society. They need 4th Generation warfare tactics. They need to con the masses into accepting their own servitude.

There are two tools that make this outcome possible: The first is controlled economic decline, the second is the integration of a technological gulag into every aspect of public life.

It is no coincidence that dictatorial governments gain prominence as the global economy suffers; it is extremely difficult for people to remain vigilant to tyranny when they are completely distracted by their own survival. This is why my focus as an analyst has always been primarily on economics and solutions to fiscal disaster; it all begins and ends with the economy. If the public can be prepped to develop their own alternative economic systems before a crisis occurs, then they will be less distracted by the chaos and more apt to notice when the globalists offer tyranny as a fix-all.

Without alternative markets at the local level there is no redundancy, no protection from a crash. With most people dependent on the existing system for their livelihoods, the economy becomes a very useful weapon for the globalists.

Holding the economy hostage creates numerous advantages. Through deflationary pressure wages can be kept low while higher paying jobs disappear. Manufacturing can be phased out or outsourced overseas, as in the U.S. Small business ownership becomes difficult as taxes generally rise while financial conditions decline.

Through inflationary or stagflationary pressures, low wages and the inadequate job market are combined with exploding prices. This makes survival for many people untenable without government aid.

In this environment, the working public becomes reliant on the service sector, which provides no useful skill sets. Soon, you have entire generations of people with no production abilities whatsoever. They become drones working in meaningless office and retail jobs squandering away their days knowing that they are accomplishing nothing beyond a meager paycheck.

The lack of a greater purpose or mission in life and the nagging realization that the average person has no productive capacity creates a palpable atmosphere of desperation. They do not own their own work, and they have nothing much to show for their labor; nothing to point at and say, “I built that.” The public gets to the point that they may even welcome an economic collapse simply to escape the drudgery.

This is where movements to support totalitarianism come from — the subset of citizens that are fed up with fighting against the economy and have no sense of independence. These people do not know how to solve their own problems, they are always looking for someone else to do it for them. The globalists are happy to suggest their own predetermined solutions to the public once the financial structure hits a point of maximum pain.

However, after the economy is repaired in exchange for the submission of the citizenry, people might still decide one day that the trade was unfair. Thus, a deterrent is needed to keep them in line.

It is important to understand that there is no major country in the western OR eastern world that is not building a digital control grid, and this helps to support my position that eastern nations are just as subservient to globalist demands as western nations. All the geopolitical drama surrounding events like the trade war, the Syrian war or various elections, etc.; none of this matters in the end. When determining if the strings of a particular government are being pulled by the globalist cabal, all you have to do is look at how quickly they are implementing oppressive systems that serve globalist interests.

For example, India’s government has been hitting the news feeds lately as their supreme court recently ruled that the controversial Aadhaar biometric program is legal. In a nation of 1.3 billion people, around 1 billion have already been biometrically profiled in a national database. This data can include fingerprints, iris scans and face scans.

I have heard it argued that India is a rather odd place to experiment with such a database, considering 60% of the population is under the poverty line and most people barely have basic amenities. But I would point out that this is why it is a PERFECT place for the globalists to start cataloging the world population on larger scale.

Again, financial desperation and a lack of productions skills tends to produce subservience. Hundreds of millions of poverty stricken people in India’s sprawling urban sewers are voluntarily giving up their biometric data in exchange for government aid programs.

For the people not anchored down by the poor economy India has instituted other measures, including requiring anyone accessing government services, opening a bank account or signing up for a mobile phone service also give up their biometrics to the government.  In nations not yet impoverished at India’s level, more subversive measures have been instituted for surveillance of the population. Data is simply taken rather than traded.

In Russia, Vladimir Putin has put the Yarovaya laws he signed in 2016 into effect. All digital data from phone conversations to emails is now recorded and stored by telecoms for government access for a minimum of six months, this includes Facebook and Twitter posts. The 2014 bloggers law also requires any blogger with over 3,000 followers be put on government file and they cannot remain anonymous. Any business operating a public Wi-Fi network is required by law to identify users by ID, which is also stored for at least six months.

Russia’s FISA-style surveillance grid is vast, yet, many people in the liberty movement seem to ignore this reality with misplaced Putin-worship. As I have noted in numerous articles, Russia is heavily influenced by international financiers.

Goldman Sachs and JP Morgan are the largest investment banks in the country. Their central bank works closely with the IMF and the BIS. The Kremlin has in the past called for a global currency controlled by the IMF. And Putin even admits in his own biography First Person that he has been friends with New World Order salesman Henry Kissinger since before he became president of Russia. In a latest show of how globalist Russia really is, the Russian Foreign Minister recently criticized the U.S. in a speech to the U.N. general assembly over its “attacks” on the “international order,” including undermining the World Trade Organization and global climate change agreements.

With the above in mind, it should come as no surprise to anyone that Russia is playing right along with globalist efforts to identify and track every single living person. It should also come as no surprise that Donald Trump, surrounded by globalists within his own cabinet, is continuing and expanding FISA surveillance under his administration.

At the beginning of 2018 Trump signed a bill renewing the National Security Agency’s warrantless FISA mass surveillance of the American population. Leading Democrats happily supported the action. Despite all of Trump’s rhetoric against FISA recently, it was Trump that made FISA’s continuation possible.

Major social media companies are cooperating wholeheartedly with mass surveillance efforts as they share personal data with governments around the world regularly.  Facebook alone saw an increase in government requests for data of over 33% in 2017, and the nature of most of this data sharing is not open to public scrutiny.

This is one reason why I’m rather bewildered by the recent conservative fury over social media discrimination – it’s as if personal liberty activists are being tricked with reverse psychology to DEMAND unhindered participation in media sites that spy on them.  Why does anyone still want to sign up for these websites?

But where is this all going? How does the combination of poverty and digital surveillance translate to tyranny? I believe China’s “social credit” program is the answer.  The system is based on the idea of “maintaining trust”, but whose trust?  Well, the government’s trust, of course.  Trust is measured using a social credit score that is tracked over a citizen’s life.  Punished behaviors include anything from smoking in a no smoking area to publishing internet content that the powers-that-be disapprove of.

China is representative of the end game for the globalist ideal for civilization. With mass economic struggle leading to dependency on government welfare programs and employment opportunities, few citizens can afford to be “blacklisted.” China’s social credit system creates an environment in which any and every action on the part of citizens is tracked and then “rated” for acceptance or consequence. This includes how people express attitudes toward the government itself. Obviously, this is the ultimate control mechanism, very similar to the Cheka established by Lenin and Stalin in Russia after the Bolshevik Revolution, but on a massive digital scale.

This is why mass surveillance is evil, regardless of whether someone is breaking the laws or not. It gives government the power to dictate and mold behavior by inspiring self-censorship rather than holding people directly at gun point. It is tyranny enforced in a less obvious way; a prison in which the prisoners maintain the locks and the chains and the bars.  Individuals do not dare do anything outside of collective norms for fear that it could be interpreted as socially negative. Punishment might include loss of access to the economy itself, and when most people are living from paycheck to paycheck, this could mean death.