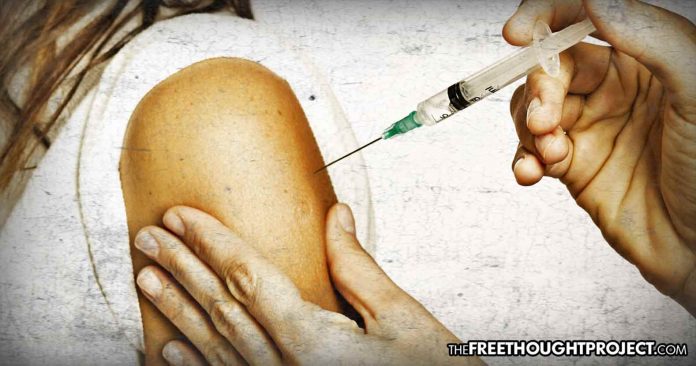 As Americans prepare for another flu season, the question of whether to get this year’s flu shot hangs in the air for many and the dismal success rate of last year’s vaccine could serve as a major deciding factor.

The United States Centers for Disease Control and Prevention released a report earlier this year, which revealed that when looking at the flu vaccine given to patients between November 2017 and February 2018, the vaccine was only effective about 36 percent of the time.

Each strain of influenza responded differently to the vaccine, and the CDC report noted that one of the most predominant viruses, H3N2, had an even lower vaccine effectiveness rate. When combating H3N2, last year’s virus was only effective 25 percent of the time.

This was actually higher in the United States than it was in Canada and Australia where the vaccine’s effectiveness in combating H3N2 was only around 10 percent. The vaccine did lead to higher success rates with less dangerous strands such as H1N1 where it was 67 percent effective and Influenza B where it was 42 percent effective.

While the low rates of vaccine effectiveness have led to criticism of the CDC, Time noted that the agency has attempted to defend the drug by insisting that it is still higher than past years where the rate of effectiveness was as low as 20 percent:

“36 percent effectiveness may not seem very impressive, but the CDC emphasizes in the report that even small increases in immunity can have a large impact on public health. CDC data has shown that even in 2014-2015, a year when vaccine effectiveness didn’t even hit 20%, immunizations prevented as many as 144,000 flu-related hospitalizations and 4,000 deaths. Plus, people who get the shot, but who still end up getting sick, tend to have less severe illnesses than unvaccinated people.”

The all-around low rate of vaccine effectiveness is also notable because a recent report from the CDC admitted that more than 80,000 people died from the flu last year, and at least 180 of them were children.

The report noted that influenza-like illnesses (ILI) peaked at 7.5 percent, which was the highest percentage since 2009 when ILI peaked at 7.7 percent. However, even with the infamous “Swine Flu” wreaking havoc in 2009, it was estimated that around 12,000 people died that year.

With the 2017-2018 flu season standing as one of the worst in years, parents also raised concerns about the medication that was prescribed to their children when they did get the flu.

As The Free Thought Project reported in February, while Oseltamivir, the antiviral medication marketed as “Tamiflu,” is typically prescribed to patients with early symptoms of the flu, some of the drug’s users “have had rare side effects of sudden confusion, delirium, hallucinations, unusual behavior, or self-injury. Adding to the ominous nature of these side-effects is the fact that these symptoms have occurred most often in children.”

“Last month, 16-year-old Charlie Harp was given Tamiflu, the entirely normal boy then took his own life hours later. ‘Had I known this was an issue, I would’ve never given it to him,’ remarked Jackie Ray, Harp’s aunt and guardian.

The parents of a six-year-old little girl gave their daughter Tamiflu and she began hallucinating, ran away, and then tried to kill herself by jumping out of a window. ‘She was about to jump out the window when my wife came up and grabbed her,’ recalled the girl’s father, who wanted to stay anonymous.”

As the 2018-2019 flu season begins, the best thing both parents and individuals can do is to research the side effects and the ingredients included in the vaccines or medications they are taking so that they can be fully educated on what they can and should expect, and what treatment they should seek if the worst case scenario occurs.