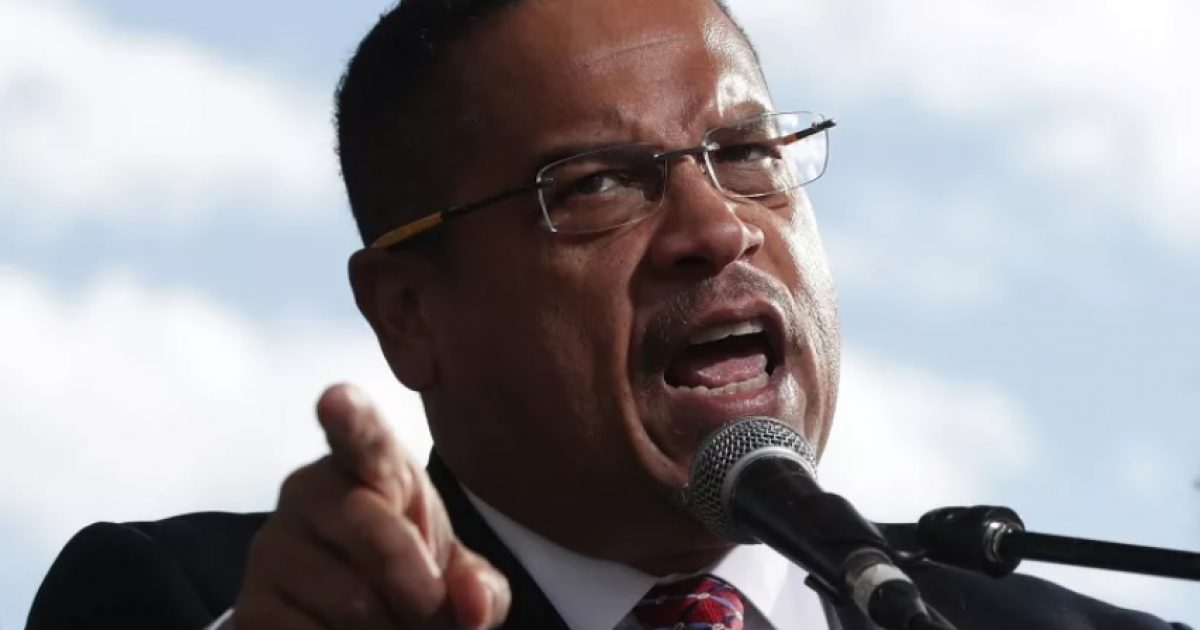 Hakim Muhammad (Keith Ellison) is a terror-funded woman-beater, but you will see none of this in the enemedia, the propaganda arm of the hard-left.

PHILADELPHIA – The Middle East Forum’s “Islamist Money in Politics” (IMIP) project has calculated the top-ten recipients of 2017-18 campaign contributions from prominent Islamists. These are funds from individuals who agree with the goals of Khomeini, Bin Laden and ISIS.

Michigan politicians dominate the list. Failed Democratic gubernatorial candidate Abdul El-Sayed raised an impressive $80,400 – the most ever in a single election-cycle since IMIP began tracking these donations in 2014. This includes $58,760 from senior officials of the Council on American-Islamic Relations (CAIR), designated a terrorist organization by the United Arab Emirates.

Rep. Keith Ellison (Democratic congressman from Minnesota) is number two on the list, and the top national candidate. Long an Islamist money favorite with a lifetime total of $227,473 in contributions, Ellison has raked in $28,030 from Islamists so far this cycle as he seeks to become Minnesota’s attorney general (though he is currently facing domestic-abuse allegations). Ellison is also deputy chair of the Democratic National Committee.

Michigan Democrat Rashida Tlaib (number three on our list) won the 13th Congressional District primary, leveraging $27,944 in Islamist money from across the U.S. to outspend her opponents by almost two-to-one.

All three have close ties to Islamist groups (please see here, here and here), signaling the Islamist lobby’s affections and intentions as they seek to influence U.S. policy.

Standings within the top-ten list will likely change as the Federal Election Commission releases more donation data.
“It is encouraging that American Muslims are running for office,” said Oren Litwin, research fellow for the IMIP program. “But Islamist groups are exploiting this for their own purposes, and funding their allies to advance an agenda incompatible with the Constitution.”

Islamist Money in Politics (IMIP) shines a light on Islamist influence in U.S. politics. To date, it has uncovered 6,078 contributions from a tight group of prominent Islamist activists, totaling more than $2.8 million. While the amounts are small, they provide valuable information on Islamist political goals and strategy, allowing friends of the Constitution to counter their efforts.