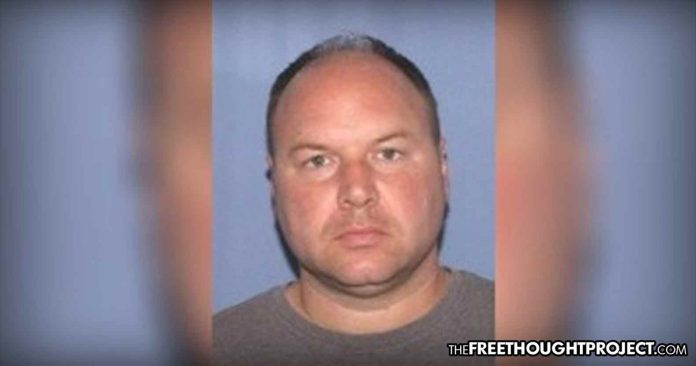 The son of a high-profile Ohio crime lab director was caught with 44 pounds of marijuana and was given probation instead of jail. Ken Betz is the former Miami Valley Crime Lab director. His son, Thomas Betz (39), was given a sweetheart deal to avoid prison time, a plea deal many are decrying as foul.

Betz was arrested with friend Michael Dorley (41) after four different properties were raided in May of 2017. The homes and places of business were suspected fronts for their marijuana grow operation.

At the time of their arrest, Betz’ father, Ken, was working as the director of the crime lab, the same institution which is charged with determining whether or not substances found during police investigations are legal or not. He is a law enforcement officer. Once cannabis goes to the crime lab, it’s then certified as evidence to be used in court cases against defendants.

It is important to point out that TFTP advocates that no one go to jail for possessing or selling this plant. However, we feel it necessary to point out the glaring special privilege and hypocrisy in this case.

We at TFTP routinely report on cases involving the public whereby citizens are routinely imprisoned for small amounts of cannabis. One pound of cannabis contains 453.592 grams. Betz was caught with almost 20,000 grams and yet was given probation. By contrast, in 2014 Gary Howard, a Louisiana man found in possession of 18 grams was given an 18-year sentence in prison for pot possession.

Two politicians were arrested this week and are facing life in prison for having a similar amount of the plant.

Others who have been arrested for minor pot possession have also suffered unspeakable atrocities well beyond being marked as a felon for life, loss of income, or public shaming. In March of 2018, a Texas mom who was using cannabis for her epilepsy was arrested and taken to jail after being found with half a gram of weed. She was taken to the Harris County jail where she says she was raped by a jailhouse guard.

Betz pleaded guilty to first-degree felony conspiracy, illegal cultivation and money laundering. He was given probation by a visiting Judge Thomas Herman, who retired from Clermont County, Ohio. Judge Herman seemed to make it apparent that Betz was facing serious prison time if he violated the terms of his probation.

The judge stated, “We’re up to 17 years, Mr. Betz, do you understand that?” But for the many thousands (possibly over a million) of those who are currently incarcerated for marijuana crimes, the irony is not lost. They’re in jail for possession and some for distribution, but a cop’s son gets caught running a grow operation of nearly 50 pounds of weed and he gets out of prison by forfeiting valuable property and being a cop’s son.

Betz reportedly handed over thousands in financial assets. According to the My Dayton Daily News:

Betz was made to forfeit $75,000 of the sale of a residence at 5753 Woodville Dr. in Dayton where the grow operation was discovered, a 2011 GMC Denali and three bank accounts worth about $10,000. Herman also ordered intensive probation to start, treatment services and 80 hours of community service.

Even the Butler County Assistant Prosecutor seemed satisfied with the judge’s decision. Jon Marshall was named as a special prosecutor in the case to avoid the glaring conflict of interest. Marshall stated:

Our job as prosecutors is to make sure that defendants are held accountable for breaking the law…That happened here with their convictions. The police were able to investigate this case thoroughly. They were able to stop a major marijuana grow operation. As a result of the police’s hard work, we were able to convict both of these defendants of very serious charges.

Those convictions have, so far, led to no one going to jail. The two perpetrators were well-connected within the police department. The judge was a retired judge whose connections to Betz’ family are unclear. And the special prosecutor seemed all too happy with the judge’s decision to let two known drug cultivators get a slap on the wrist. All the while thousands of others sit rotting away in prison in a failed war on drugs.

The most high profile of which may be North Carolina former medical doctor Gordon Piland III. Piland III was given 18 years in prison for having two bottles of prescription pills belonging to his deceased parents and a bag of poppy seeds. His family told TFTP the real reason he was arrested and charged was because he was helping people in the community heal their illnesses with cannabis.