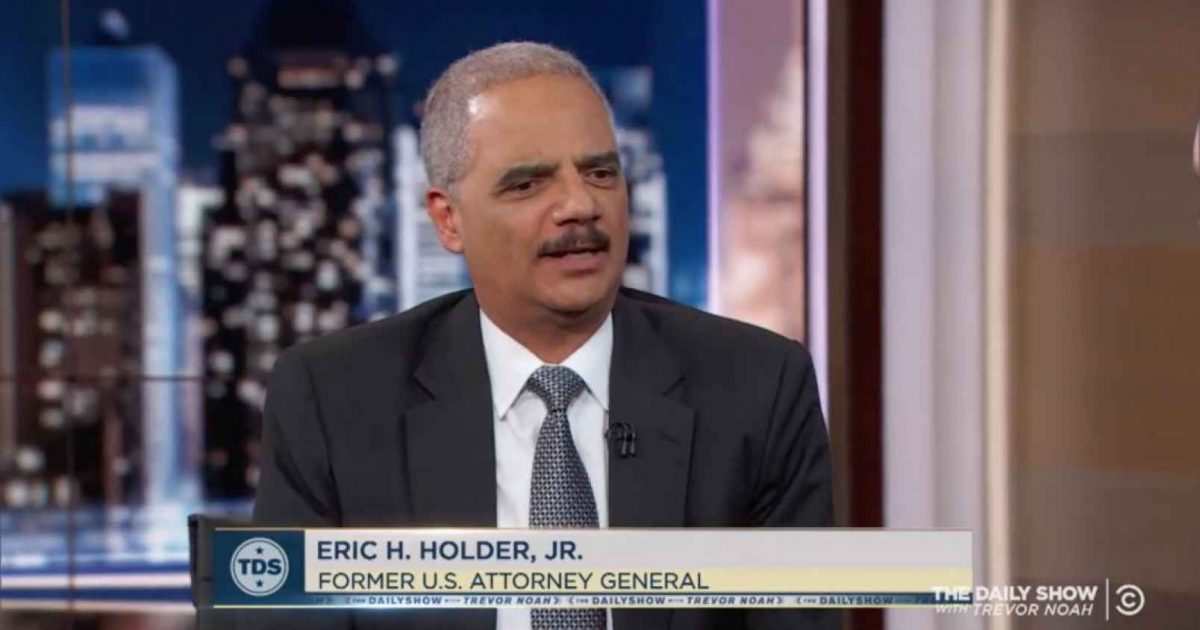 I agree. Sotomayor and Kagan have a lot of hard work to do.

Obama-era Attorney General Eric Holder reacted to the confirmation of Judge Brett Kavanaugh to the Supreme Court Saturday by questioning the legitimacy of the court and arguing that it needed to regain the nation’s trust.

Holder should consult with the ghost of Marc Rich and the racists of the New Black Panther Party before issuing such pronouncements.

“With the confirmation of Kavanaugh and the process which led to it, (and the treatment of Merrick Garland), the legitimacy of the Supreme Court can justifiably be questioned,” he tweeted. “The Court must now prove – through its work – that it is worthy of the nation’s trust.”

Holder served as a top official under an alleged rapist and sexual predator.

And a bonus Holder tweet. “As you lament the Merrick Garland outrage never forget that McConnell and R’s did not fill lower court seats for YEARS. Those are the seats being filled now. Use the rage of today to get people out to vote and be rid of these people. Your voice matters. Your vote counts. VOTE!”

“Use the rage. Let the power of the dark side flow through you in the voting booth.”

This is what happens when you start plagiarizing Mein Kampf

while fantasizing about building Wakanda