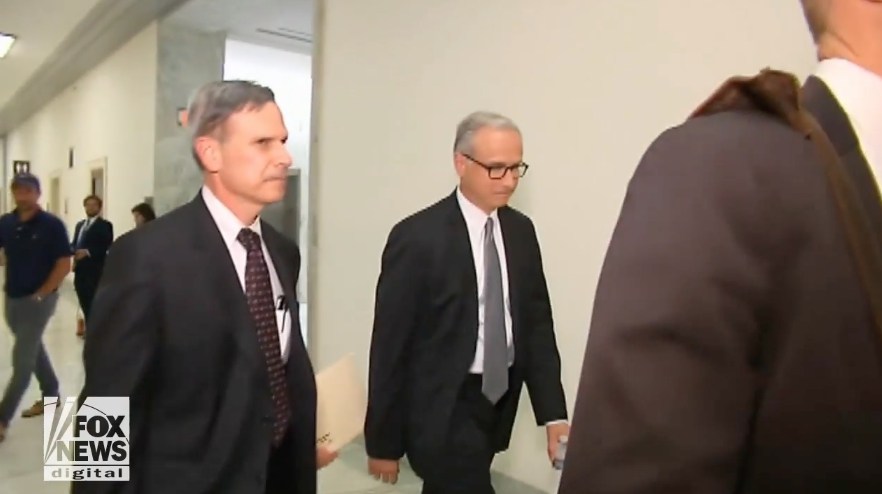 (Natural News) Those who have followed details of the still-developing Spygate scandal, in which the Obama administration used a politicized Justice Department and FBI against a rival presidential campaign, have long suspected that there was Russian “collusion” alright, but not between Moscow and the 2016 Trump campaign.

To the contrary, the available evidence suggested there was a pretty clear connection between the campaign of Democratic rival Hillary Clinton and elements of the Russian government. In fact, the current chairman of the House Intelligence Committee, Rep. Devin Nunes, R-Calif., has said as much publicly.

Now, thanks to The Hill’s John Solomon, new details have emerged that essentially prove the point that Democrats, not the Trump campaign, were not only involved with Russians during the 2016 campaign, but were very much a part of creating the phony “Trump-Russia collusion” narrative:

Congressional investigators have confirmed that a top FBI official met with Democratic Party lawyers to talk about allegations of Donald Trump-Russia collusion weeks before the 2016 election, and before the bureau secured a search warrant targeting Trump’s campaign.

That’s the firm used by the DNC and Hillary Clinton’s campaign to secretly pay research firmFusion GPS and Christopher Steele, a former British intelligence operative, to compile a dossier of uncorroborated raw intelligence alleging Trump and Moscow were colluding to hijack the presidential election.

You may recall that the dossier was then utilized by the FBI as justification to obtain FISA court warrants against Trump campaign adviser and top 10 percent Naval Academy graduate Carter Page, the last one of which was signed by current Deputy Attorney General Rod Rosenstein.

Solomon, citing an unnamed source, said that the information regarding the DNC/FBI connection was confirmed via “contemporaneous evidence” as well as testimony obtained via a joint probe by the House Judiciary Committee and the House Government Oversight Committee.

“This is a bombshell that unequivocally shows the real collusion was between the FBI and Donald Trump’s opposition — the DNC, Hillary and a Trump-hating British intel officer — to hijack the election, rather than some conspiracy between Putin and Trump,” a source told Solomon. (Related: Nunes: DoJ had NO evidence of wrongdoing when it began spying on Trump; ‘it was ALL political’.)

Information ‘broke new ground’ about other aspects of Spygate

If accurate, and there’s no reason to think it’s not, it means the FBI was more corrupt than previously thought under the “leadership” of fired Director James Comey. It also means the FBI was well aware of where the dossier came from and who paid for/produced it (as political opposition research).

The revelation follows news that Baker was deposed by House investigators behind closed doors on Wednesday. As The National Sentinel reported, he offered “explosive” testimony in regards to the “abnormal” handling of the FBI’s Trump campaign investigation.

“Some of the things that were shared were explosive in nature,” Rep. Mark Meadows, R-N.C., told Fox News. “This witness confirmed that things were done in an abnormal fashion. That’s extremely troubling.”

The network also reported that Baker had a very close working relationship with Comey, meaning the fired FBI director had to have known all of these details. Perhaps that’s why he preemptively decided to let Hillary Clinton off the hook for blatant violations of national security statutes via her serial mishandling of classified emails.

Solomon reported that Baker told investigators the Perkins Coie attorney who reached out to him was Michael Sussman, a former Justice Department lawyer.

In addition, Baker’s information “broke new ground” regarding the FBI’s use of the media in 2016 and 2017 to reinforce the Russian collusion lie, as well as Rosenstein’s spring 2017 conversations about wearing a wire to record POTUS Trump.

Read more about Spygate and how the Deep State targeted the Trump campaign at DeepState.news.