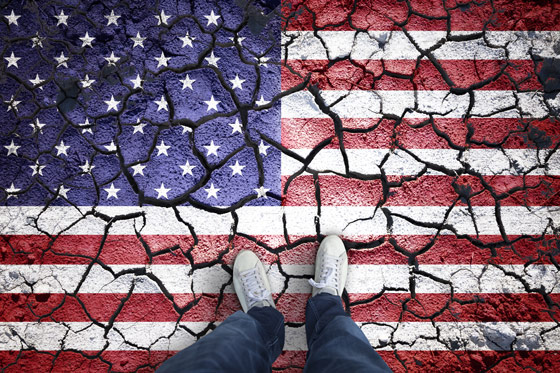 We are experiencing an ever-increasing level of  surveillance over the citizenry, government censorship and closed-door policies, control and manipulation of the media, and a “hardline” shift of all institutions to the left. The institutions I’m referring to specifically are the educational system (better termed a system of indoctrination), the courts, the religious institutions…every one of them are all “leaning” toward (if not striving toward) full blown socialism. Let us recall a key quote:

“The goal of Socialism is Communism.” – Lenin

Just as recently as Tuesday, 10/2/18, we have this stunning announcement as quoted by the Washington Examiner by none other than the Secretary of the Department of Homeland Security. Here’s the excerpt:

Homeland Security Secretary Kirstjen Nielsen warned Tuesday the public should steer clear of Russian-owned entities that pose as legitimate news outlets. “I encourage everybody, if you are reading something … and it suddenly takes you to RT and Sputnik, be aware. I mean, those are state-sponsored news outlets. They’re not independent,” Nielsen said at a cybersecurity summit in Washington, D.C.

Yeah, can you imagine that? Those Russian news sources are “state-sponsored,” and “not independent.” So ABC, CBS, and the New York Times are independent? Freedom of the press, right?

And how many White House press briefings would tolerate one person…one reporter from the Independent News Media? If it isn’t AP (Associated Press) sanctioned with a card, credentials, and lip balm, nobody is getting into those briefings. And how about all of the “Presidential Debates,” such as those modified by Cooper, Wolf Blitzer, and the like? The ones with the questions and their answers figured out a month in advance…with phony people and actors pretending to ask the questions spontaneously. The show must go on, right?

What about the media bias and slant away from the President right now? We are not talking about policies instituted by the President. We are discussing policies of censorship and watered-down propaganda that eclipses Pravda and Isvestia of the Soviet Union for its Hollywood polish and panache.

We have become as the Soviet Union, and worse: there is no freedom of speech, freedom of the press. We are in a “soft time” right now prior to the massive clamping that will occur when the globalists have their clawed-fingered control over the White House and all of Congress again. The clamping will be nothing more than the final evisceration of the Constitution and complete restrictions, martial law, and open enslavement being in place and out in the open.

Now, once again, let me remind everybody that this is the DHS Secretary we’re talking about…so whoever writes about what she said or about the DHS will be scrutinized by that agency. Bradford Betz of Fox News wrote an article 4/7/18 titled Homeland Security database would track journalists, ‘media influencers’: report. I wrote an article about the spokesperson for the DHS subsequently. Here’s an excerpt from Betz’s piece:

The Department of Homeland Security is seeking contractors for the creation of a database that would monitor news outlets around the world and collect information on journalists, bloggers and “media influencers.” The plan comes amid concerns of so-called “fake news” and its effect on U.S. elections, the Chicago-Sun Times reported. A DHS solicitation for bids on the project appears on the website FedBizOpps.gov. Prospective contractors are invited to contact two DHS staffers, whose email addresses appear in the post. DHS spokesman Todd Houlton tweeted Friday that despite what some reporters may suggest, the solicitation is nothing more than the standard practice of monitoring current events in the media. “Any suggestion otherwise is fit for tin foil hat wearing, black helicopter conspiracy theorists,” he said.

The DHS Media Monitoring plan would grant the chosen company “24/7 access to a password protected, media influencer database, including journalist, editors, correspondents, social media influencers, bloggers etc.,” for the purpose of identifying “any and all media coverage related to the Department of Homeland Security or a particular event.” According to the document, the public activities of media members and influencers would be monitored by location and beat.

As I explained in the earlier article, this would be for the DHS to carry out activities that would normally come under fire from an arm or agency of the government by “subbing” out the work to a subcontractor. The subcontractor would monitor with all of the sneaky secrecy as outlined in the paragraph and report their findings to the DHS. The contractor would have carte blanche protection from DHS and immunity from prosecution.

This is the same method used by the “Five Eyes” to spy on their respective citizens: one nation “subs” out the tasks to another by “authorizing” it to do such things…and then the foreign “partner” feeds the information to that nation…effectively bypassing Constitutional protections for the citizens under the nation’s laws.

All of the Congressional sessions and hearings are closed-door, just as the closed-door tribunals of the Soviet Union (read the Gulag Archipelago, all volumes). The President is fighting a completely uphill battle and is pitted against the pit-vipers remaining from the Obama regime. The world situation is still a mess. Has North Korea “de-nuclearized” yet? I think not.

Check out the news that the U.S. may have a biological weapons facility in Georgia (the nation), and may be responsible for dozens of deaths. Check out the fact that we are slapping more sanctions on Iran, and China has just ceased buying our crude oil…the same oil we ourselves do not use domestically because of the Jones Act, and the lack of refineries.

In the meanwhile, characters such as Soros and the other leftists are fomenting dissension between Americans on all fronts. Remember what Che Guevara said:

“It is not necessary to wait until all conditions for making a revolution exist; the insurrection can create them.”

You’re seeing it now, in the form of Antifa, and in the form of leftists and communists masquerading behind the label of “progressives.” You are seeing threats being made against members of Congress and their families. You are seeing a level of racial discord being pushed to its limits, and the laws being either flagrantly disobeyed (by Communist governors and oligarchs) or circumvented (through the puppet court system, improperly named the “Justice system.”).

On a daily basis, the United States is “reshaping” itself, shifting the paradigm and molding the public consciousness to accept socialism…that final step prior to a full-blown totalitarian state. Surveillance on every citizen and control of every citizen is the key. Then they’ll bypass that “archaic” Constitution with its “pesky” 2nd Amendment, and come for the guns. Once they have the guns, the control, and the surveillance? The killing will begin. Just take a long look at Diane Feinstein, at Lisa Murkowski, at Schumer, Soros, Zuckerberg….just look at them and then ask yourself how you could doubt that they will all make the attempt. What attempt? The attempt to make the U.S. into an American version of the U.S.S.R. They are fighting that fight incrementally, and they are winning it.