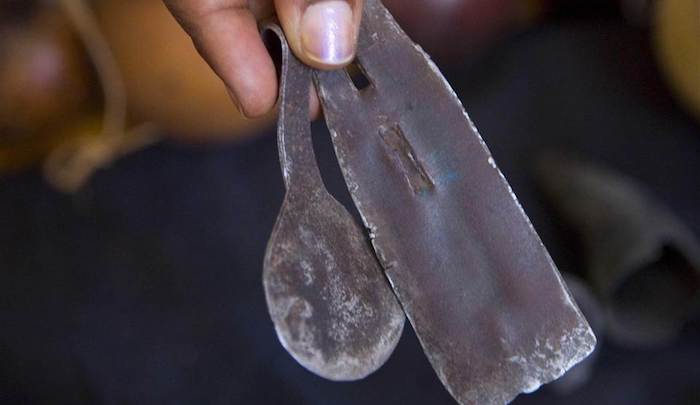 The customs of the savage have come to Britain. Any society that tolerates the deliberate mutilation of women and girls cannot call itself part of the civilized world. Britain, France and others are going the way of Somalia.

And it’s coming here, too. When we went to Columbia University for our video series, we asked students if Planned Parenthood should fund female genital mutilation. The overwhelming response was yes. That should frighten every rational human in America.

Where are the feminists? What a phony movement.

“Babies in Britain’s Birmingham barbarically cut as part of Islamic FGM ritual,” Voice of Europe, October 6, 2018 (thanks to RN):

It has been revealed that ten babies, aged less than one year, were barbarically abused with mutilation within three months, the Birmingham Mail reports.

The ten baby girls in Birmingham were victims of female genital mutilation, as was revealed by statistics released by the NHS. City doctors recorded ten new cases of babies undergoing the horrific procedure between April and June of this year.

Also revealed in the appalling figures, 15 children aged between one and four, also reported by Birmingham medics, as FGM victims. A total of 140 new cases of abuse by mutilation according to the data published by NHS Digital.

There is also an abundance of patients whose ages were withheld. Most victims are between the ages of five and nine. The NSPCC, a national children’s charity, has condemned the practice as barbaric abuse saying it was all too common.

“We urge any young women or girls dealing with the physical and emotional impact of FGM to seek help and support.

“These latest figures show that sadly this abuse is all too commonplace.

“Since the launch of our FGM helpline in 2013, we have received hundreds of calls from members of the public, as well as professionals who have questions about how best to support women and girls at risk of this complex form of abuse.”

Throughout the rest of England, 1,015 new cases were reported during the same three-months. Forty per cent of those were in London and 14 per cent in Birmingham, with doctors there recording an average of two cases a day and 74 per cent of those recorded as new victims….