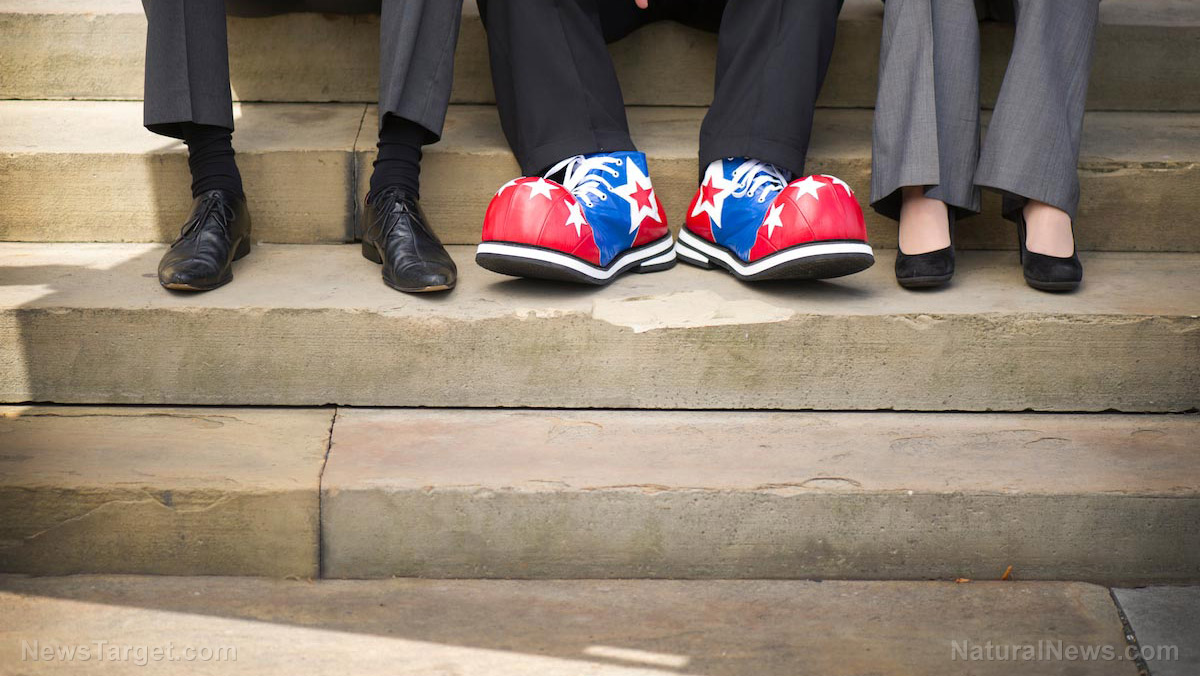 (Natural News) Every major “science” website found in a Google search yields front page results featuring corporations and companies that refuse to do any research whatsoever regarding natural medicine and organic food curing diseases and disorders. That’s because in America, if you don’t mix toxic chemicals in beakers and alter or mutate plant and animal DNA in a laboratory, it’s just not considered science. Ever since the advent of vaccines, pharmaceuticals, and GMOs, if you’re not “all in” for using carcinogenic chemicals to fight diseases that are caused by those same chemicals, then your reputation is tarnished and branded as “anti-science” and “anti-vaxxer.”

Here’s how fake news in the science world works:

Plus, fake news science websites rely on peer review shams and censorship of the truth in order to spread their propaganda. In fact, most of the current “peer reviewed” pieces in medical journals and science journals are now complete and utter paid-for fabrications. Anyone who chooses to contradict these fake reviews is immediately banned from the conversations, publications, and is declared to be “anti-science.” Watch the following video and you will understand, and then we’ll share the top 4 FAKE NEWS science websites.

First, ask yourself a few important questions: Why are there zero prescription medications without horrific side effects? Why does chemotherapy fail to stop cancer from spreading 97 percent of the time on average? Why are prescription drugs, taken as directed, mind you, the 4th leading cause of death in America? Maybe those answers are all the same – toxic chemicals can’t stop diseases and disorders that are caused by consuming and injecting those very same chemicals. SBM is purporting a fake “science consensus.”

In their latest attack on Traditional Medicine that’s scientifically proven to work, SBM declares the World Health Organization to be complete “quacks” because they are supporting acupuncture and other traditional medicine techniques. Maybe SBM is also peeved because the WHO called out glyphosate as a “probable carcinogen” a couple years back.

Now, the WHO says Traditional Medicine Strategies provide “guidance to Member States and other stakeholders for regulation and integration, of safe and quality assured traditional and complementary medicine products, practices, and practitioners.”

No wonder SBM is freaking out. The WHO is not demanding that every patient be treated with chemicals, operated on, and given useless chemotherapy. Now it all makes perfect sense.

According to GLP, anything that contains toxic chemical pesticides is great for human health and is totally sustainable for the environment. GLP claims genetic engineering is exactly the same as traditional crossbreeding too. This Monsanto front group is run by a violent psychopath with financial ties to Bill Gates. Yes, Jon Entine runs GLP, and he’s a corporate media shill and pseudo-journalist who uses the GLP website to post Monsanto opinions and twisted research so Americans will continue to eat bug-killer and weed-killer infested foods, while a couple of Monsanto farmers claim they get more yield from GMO crops. More lies.

As TruthWiki informs us: “Jon Entine has no science background to speak of, but enlists the help of public scientists, academics and “sell out” journalists, like himself, who will say and write anything Monsanto suggests, as revealed in thousands of emails recently dredged up by the U.S. Right to Know group via their Freedom of Information Act (FOIA).

Here’s the clown who “fell in love” with GMOs after he visited the main Monsanto plant and took a tour of the laboratories where devilish little biotech science freaks insert pesticide genes into plants that humans and farm animals eat regularly. Nye the “science fraud guy” also fervently believes in global warming and anything else corporate America is selling as a Ponzi scheme for the sheeple of America. Nye doesn’t even have a science degree, he’s just an actor who pretends to have credentials. He even has a fake lab called the “Design Lab” at Disney World where he films his fake science research. Parents, please, keep your children as far away from this fake science ass-hat as humanly possible.

Just this past June, 2018, Novartis pretends to find a cure for blood cancer as announced for CHMP (Committee for Medicinal Products for Human Use). Guess who their partner in crime is on this one … none other than Johnson & Johnson (who own Janssen Pharmaceutical Companies). They’re working so hard to “create a world without disease.” Except for one major problem: For this revolutionary cancer treatment CHMP “may result in remission, unfortunately, patients will most likely relapse as there is currently no cure.” Wait, what? Yes, of course, like all corporate-run cancer treatments, the side effects are horrendous, decreasing the quality of life for the patient who’s already suffering from malignancies.

As stated on the Novartis website, the “infusion of Kymriah (CHMP) allows for this individualized treatment approach on a global scale.” Side effects can be severe or life threatening, including “difficulty breathing, fever (100.4’F/38’C or higher), chills/shaking chills, severe nausea, vomiting and diarrhea, severe muscle or joint pain, very low blood pressure, or dizziness/light-headedness.” Also, “Patients with neurological toxicities may experience symptoms such as altered or decreased consciousness, headaches, delirium, confusion, agitation, anxiety, seizures, difficulty speaking and understanding, or loss of balance. Serious allergic reactions, including anaphylaxis, may occur after Kymriah infusion. Kymriah can increase the risk of life-threatening infections that may lead to death.” Folks, you can’t make this stuff up.

Bottom line: Avoid fake science news like the plague and don’t let these goons call you “anti-science” for avoiding chemicals that cause cancer and dementia, whether by food or medicine.

Bill Gates Called Out For “Crimes Against Humanity’ & Attempted “Genocide”

Furious Trump Threatens Twitter For “Interfering In The 2020 Presidential Election”...

We Are Being Told To Prepare “To See High Prices At...