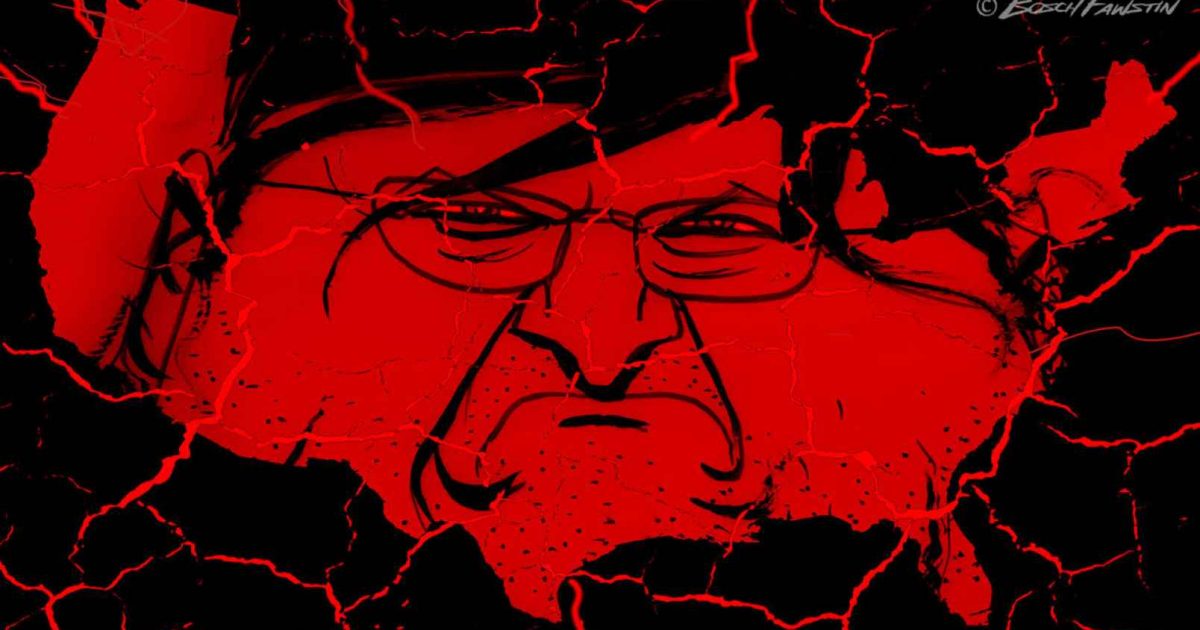 “Use the rage,” former Attorney General Eric Holder scream-tweeted. “Get people out to vote and be rid of these people.”

Had President Trump urged his supporters to channel their rage into politics, the quote would have been good for a week of sanctimonious media lectures about his destruction of democratic norms. Not to mention his dangerous divisiveness, the risk of violence and the high price of tea in Outer Mongolia.

But the media has neither the interest nor the inclination to even note Holder’s ‘rage’ tweet. It’s too busy preaching anger, fury and hatred to the same shrieking choir of maddened lefties screaming at the sky, having meltdowns on social media and clawing madly at the doors of the Supreme Court.

“We need to stay angry about Kavanaugh,” E.J. Dionne Jr. fulminates in the Washington Post. But that’s nothing compared to the New York Times where the old gray lady is frenziedly distempered all the time.

“Get Angry, and Get Involved,” an op-ed screeches. “Tears, Fury or Action: How Do You Express Anger?”, an op-ed from a few days before shrills. “Fury Is a Political Weapon And Women Need to Wield It,” a third howls.  That’s a lot of anger from the megaphone of the privileged wealthy northeastern left.

There hasn’t been this much peevishness on Martha’s Vineyard since they raised the yacht docking fees.

The New York Times and the Washington Post are echoing Holder’s call for political anger. Rage will solve all of America’s problems. If the Democrats stay angry, they’ll take over the government and be truly ready to unleash their rage on “these people”. Otherwise known as the rest of the country.

Even as the media preaches the virtues of leftist rage, it warns about the threat of Republican anger.

“Brett Kavanaugh’s Anger May be Backfiring,” the Washington Post had hopefully speculated earlier. “Judge Kavanaugh is One Angry Man,” the New York Times spat. “Kavanaugh Borrows From Trump’s Playbook on White Male Anger,” it threw in.

But there’s a fundamental difference between Kavanaugh’s anger and that of the media left.

Brett Kavanaugh was angry because he had been falsely accused of rape by the media, with no actual evidence. His life was torn apart. His family, as he testified, had been “destroyed”. Democrats demanded that a 53-year-old man account for every detail of his high school and college years.

His accuser was held to zero standards while he was told to disprove an accusation lacking basic essentials like a specific time, place and witnesses. Had a black teen in the ghetto been hit with equally flimsy charges, the left would have gone into a rage tantrum in support of the accused rapist.

But, unlike Brett, the left wasn’t angry because it had been personally abused. Despite the efforts to pass off paid leftist activists as “sexual assault survivors”, the progressive bilious bile was purely political.

Obama activists, Senate Dems, Soros social justice flunkies, sleazy lawyers and fake news reporters put a decent man through hell so that they could, as Holder tweeted, “use the rage” in the midterm elections.

The media left demanded to know what right Brett Kavanaugh had to be angry. They mocked his pain, ridiculed his suffering with the venal contempt and snarky hatred that now passes for leftist comedy.

But a better question would be what right does the left have to its endless anger?

Eight years of running the country didn’t leave it any more generous toward its opponents, any less hungry for power, or any less tribal, partisan and furious than it had been in 2007. The left isn’t angry because it cares about rape victims. Not when it’s lining up to buy tickets to Bill and Hillary’s latest tour.

It’s angry because, as Holder tweeted, it wants power.

And some people have the right to be angry (New York Times and Washington Post readers) and others (Trump supporters and Front Page Magazine readers) don’t. The entitlement of double standards is essential to the leftist quest for power which is about manufacturing perceived inequality in order to administrate mandates of total inequality. Disparate impact justifies affirmative action. If black workers or students underperform, then poor white workers and students must go to the back of the line.

But if replacing the norms of political discourse with livid tantrums is bad, then it’s bad for everyone.

There’s no way to mandate anger as affirmative action. If you insult, deprive and oppress people, they will become angry. And the only thing you can do is get angry right back or outlaw their anger.

The choleric left is working on the latter. But in its conniption fits, it’s settling for the former.

It deprives people of their rights and it responds to their anger with more anger. In its rage, it wipes out every political and social norm it can manage until its opponents are being hounded out of restaurants, fired from their jobs, assaulted on the street, shot at charity baseball games, smeared as rapists, doxed by reporters and staffers, censored on the internet and eavesdropped on by corrupt federal agencies.

There isn’t a legal or political norm that Obama didn’t violate during his time in office. Reporters were spied on. So were Republicans. The IRS and the FBI were used to target political opponents. A man was sent to jail for making a YouTube video. The DOJ was used to go after folks who mocked Obama.

After eight years of political terror, the Democrats have settled into accusing their political opponents of treason and demanding their imprisonment, everything from intimidation to death threats to attempted murder, and trying to destroy a Supreme Court nominee based on the most baseless allegations.

The media claimed that Brett Kavanaugh should not sit on the Supreme Court by reason of his temperament. That’s rich coming from a deranged political movement getting high on its own fury.

“If you’re not angry yet, you should be,” a riled New York Times editorial yelps. A forum for readers discusses their struggles “expressing rage” and urges them to turn “anger into action”.

The media used to believe that basing national politics around anger was destructively bad. Now it’s been radicalized enough that it celebrates hate, rancor and rage. As long as it’s leftist rage.

Love can be one-sided. But anger rarely is.

When the media riles up leftist fury, it’s also rousing Republican anger. The Kavanaugh hearings are a clear example of how rage-driven abuses by the left lead to a wrathful reaction on the right.

The Democrats and their media allies furiously preach anger, and their rage is tearing apart America.