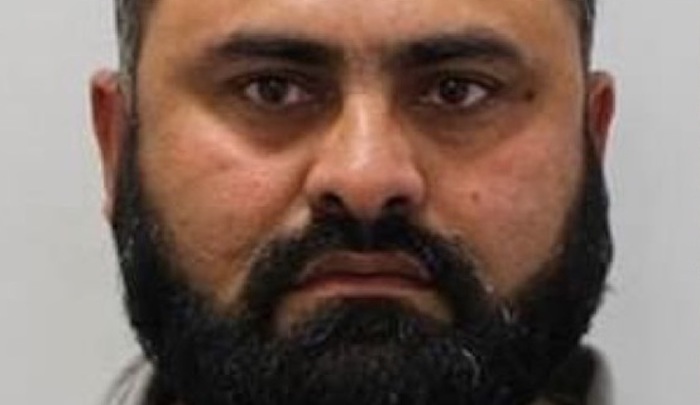 There are so many stories like this one. I don’t have to search for them. They’re out there every day in the news. A New York woman beheaded by her moderate Muslim husband, a woman beaten so bad that she swallowed her tongue and died, a woman set on fire by the Muslim who “loved her” ……This is Islamic misogyny. This is Islam. This is the true face of sharia — who speaks for the women who are routinely beaten because it’s in the Quran (4:34)? Where are the feminists? The hypocrisy of the left is evil.

“‘I’m going to kill her today’: Uber driver who boasted to family in Pakistan as he live-streamed himself beating his wife with a shoe and pretending to stab her is jailed for 14 months,” by Rory Tingle, Mailonline, October 4, 2018:

An Uber driver live-streamed footage showing him beating his wife to relatives in Pakistan, boasting: ‘I’m going to kill her today’.

Rahman Ullah, 38, repeatedly struck 34 year-old estranged wife Raja with the heel of his shoe, inflicting two black eyes and mimicked stabbing her with a kitchen knife while he held it in his hand.

The father-of-two pleaded guilty to assaulting his Tesco-manager wife, causing actual bodily harm, at their former matrimonial home in Croydon on May 9.

Sentencing him to 14 months imprisonment, Recorder Tom Forster told him: ‘You were engaged in a WhatsApp video call to Pakistan, informing them you were going to kill her.

‘Not content with your boorish behaviour you pursued her to the communal hallway and by her hair dragged her back into the flat.

‘She was understandably tearful and you tormented her with a knife, repeatedly making stabbing motions towards her and said you were going to kill her.

‘She got two very visible black eyes and obvious bruising to the sides of her face. You gave her a brutal beating.

‘You used the heel of a shoe as a weapon and used a knife as a weapon to threaten and filmed the whole thing on a phone.’

Prosecutor Faye Rolfe told Croydon Crown Court the couple had been married for thirteen years until splitting twelve months before the attack.

When Ullah arrived to drive their daughter to school he tricked her into handing over the front door key and let himself in.

‘His wife was shocked to see him and he was on his phone, making a WhatsApp video call to his mother and brother.

While holding the phone in a self-style he said: ‘I’m going to kill her today. He hit her with the heel of his shoe ten to fifteen times.’

Raja fled the flat barefoot, but only made it to the communal hallway.

‘He dragged her back down the hallway by her hair and she hit her head on the floor,’ added Ms Rolfe.

‘She is thrown onto the couch and Ullah goes to the kitchen for a knife and makes a stabbing motion towards her.

‘He said: “I’m going to stab you” and she genuinely thought she was going to be killed and this was still being filmed….