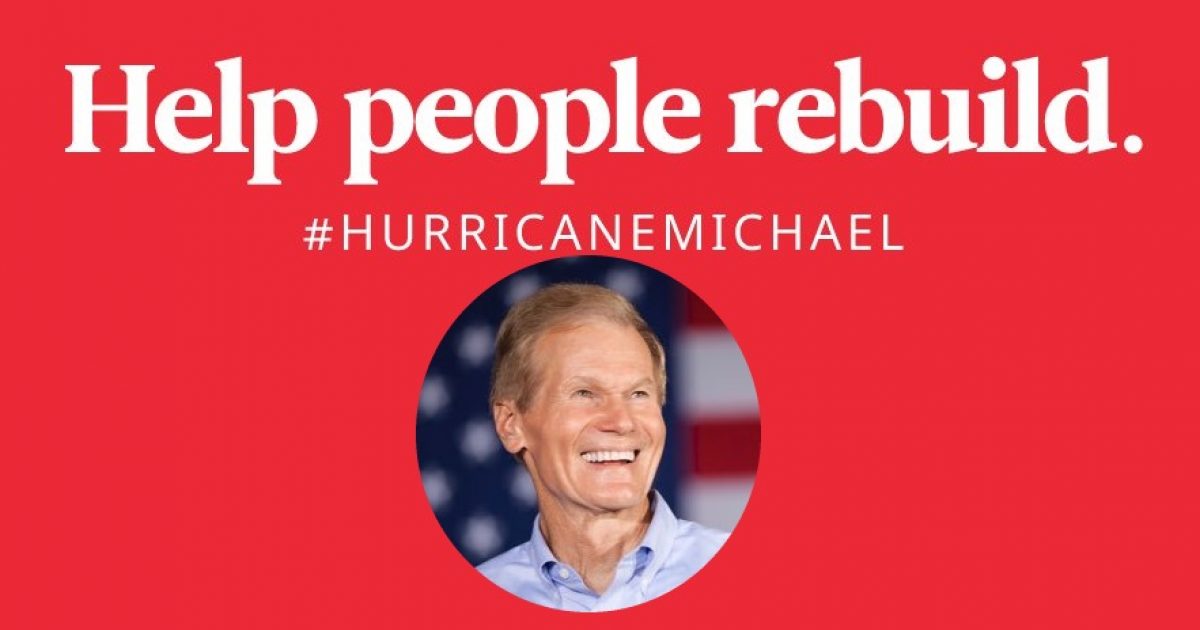 True to their mantra, “never let a crisis go to waste,” one Democrat Senator is taking advantage of those wanting to help victims of Hurricane Michael by funneling donors to a site used for data mining to place their donation.

Florida Democratic Senator Bill Nelson, who is campaigning for reelection, falsely misled individuals in a tweet where he “passed off collecting personal information for the left as a relief effort for Hurricane Michael.”

On Wednesday, Nelson tweeted, “The devastation from #HurricaneMichael is widespread across the Panhandle and Big Bend in Florida.  Anything you can give to these nonprofit organizations will help people with needed relief.”

The devastation from #HurricaneMichael is widespread across the Panhandle and Big Bend in Florida. Anything you can give to these nonprofit organizations will help people with needed relief. https://t.co/RFd59Dty4q pic.twitter.com/1MARpUE6C4

Instead of the link he added going straight to “nonprofit organizations,” it goes to ActBlue, a crowdfunding tool for Democrats which only serves leftist candidates and causes.

The site states that it is “a nonprofit, building fundraising technology for the left” that provides “the infrastructure for campaigns and organizations to fundraise online.”

ActBlue says that it powers “Democratic candidates, committees, parties, organizations, and c4s around the country,” and boasts that “Democratic campaigns get more donations through ActBlue than any other platform.”

“That’s why a majority of Democratic Senate and House campaigns — along with the DCCC, DSCC, DGA, over one-third of statewide campaigns, and advocacy organizations around the country — have chosen ActBlue,” the site reads.

In trying to appear altruistic, Nelson has been caught data mining information for Democratic organizations to reach individuals around the republic for potential support.  Using the link provided in the tweet, donors wishing to help victims of Hurricane Michael that devastated Florida’s panhandle have their personal information mined in order to create email lists – they also get your credit card information.  Nelson could have posted links to non-profit organizations needing donations for the hurricane relief efforts;  but, he chose to link to a platform whose main business is garnering donations for Democratic politician campaigns.  According to the site, “Your contribution will be divided evenly between National Diaper Bank Network, Team Rubicon and 7 other groups.”

If Sen. Nelson wanted to provide individuals an access for donation to organizations helping with Hurricane Michael relief efforts, why not list those organizations on his own website with a hyperlink so individuals can choose their preferred organization?  Better yet, why not provide the links to the relief effort organizations directly in the tweet?  Neither of these methods would provide Democrats with additional individuals to contact via email or phone for contributions. There is no disclosure to indicate your information will not be used by this site for additional purposes.

According to Conservative Tribune, “ActBlue itself has become the anti-Trump weapon of choice for many Democrats recently, with contributions made through the site spiking during Trump’s time in politics.”

Last year, ActBlue raised over $522 million for Democrat candidates and causes in 2017.

As they always say when dealing with sites on the internet, “Beware of those sites that collect your information without your knowledge.”  In this case, that would be ActBlue.