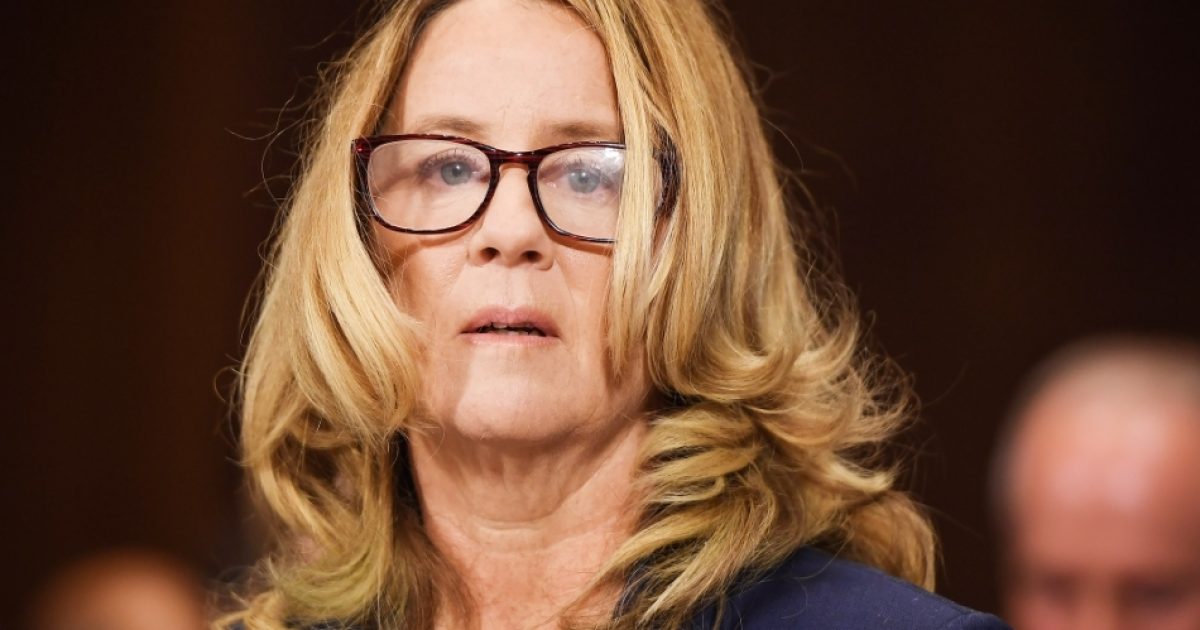 “…This letter nominating Dr. Blasey Ford is not about partisan politics: it is about recognizing that the simple act of speaking one’s truth, especially when that truth involves sexual assault, is an act of bravery.”

I agree it was an act of bravery, but for opposite reasons. It certainly does take a tremendous amount of courage to accuse an innocent man of attempted rape under oath, before members of the US Senate on national television. Yes, most of us would probably hesitate at this prospect. That might explain why the only genuine emotion a body language expert could detect in CBF was fear.

In the following tweet, a supporter says, “Christine Blasey Ford is braver than any US marine.”

An amusing (and well deserved) response from a Marine follows:

“(Redacted) Can confirm. I’m a Marine, and I don’t think I’m brave enough to falsely accuse a judge of rape in an effort to derail a Senate confirmation.”

“Dr. Blasey Ford talked about how the first few years at Carolina were difficult for her – that her attack at the age of fifteen had lasting implications,” Ho wrote.

She said CBF had never once mentioned that she had been sexually assaulted in high school. Instead, McAllister said they had “partied” together and “hooked up with guys at Henderson Street.”

Christine Blasey Ford was a classmate of mine at UNC. We graduated in 1988. I want to ask Christine if she remembers partying at Trolls, drinking at He’s Not Here. Hooking up with guys at Henderson Street. Eating at Time Out. Remember those days, Christine? Tell us about them.

Ho continues, “Dr. Blasey Ford giving her testimony, speaking truth to power, was an inspiration for so many of us. Her testimony prompted countless women to share their own stories of sexual harassment and assault.”

Actually, her testimony emboldened other Democratic activists to hop on the bandwagon, with each successive story becoming more and more fantastic.

CBF’s allegations became a foundation for others to build upon.

As the CBF camp sought one delay after another, cracks began to appear in that foundation in the form of a letter from a long-time boyfriend. He pointed out that he had never heard about her fear of flying or of small spaces. Also, in contrast to her sworn testimony, that he had witnessed her coaching her life-long friend, retired FBI special agent Monica McLean, on how to take a polygraph test. His letter led to revelations about McLean’s role and connections to Democratic Party operators. They had gone too far.

Anyway, the nomination letter was hard to read. CBF had made some very serious accusations against Kavanaugh and offered not one shred of evidence to back them up. But instead of investigating her role in what looks to be a deliberately planned campaign to prevent Kavanaugh’s confirmation, the media has gone silent. And now, she’s being nominated for her “courage” and for providing “inspiration” to sexual assault survivors. What a travesty.