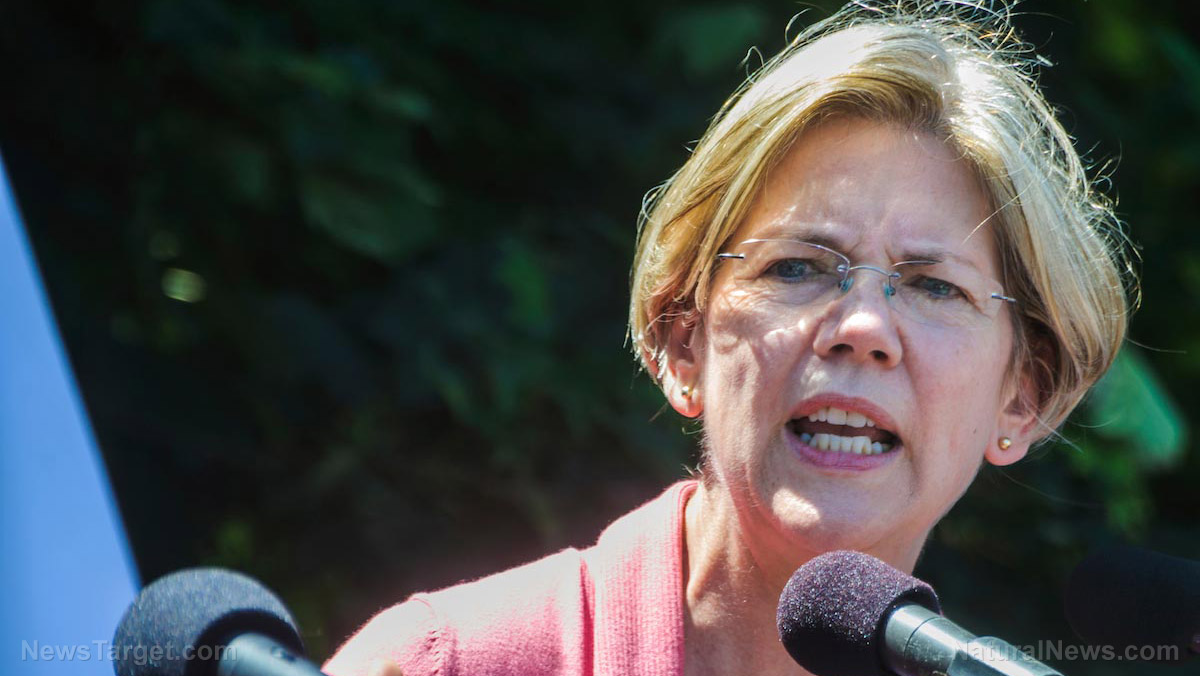 (Natural News) If you thought digging into Brett Kavanaugh’s high school yearbook revealed some bizarre history, look what internet sleuths have managed to dig up about Elizabeth Warren.

Warren, who falsely claims to be Native American (Cherokee), recently publicized a DNA test she says vindicates her claim. The DNA test showed her to be 1/1024th a combination of Colombian, Mexican and Peruvian DNA. No Native American DNA comparisons were conducted whatsoever. Furthermore, her claimed percentage of “Native American” ancestry (0.098%) is about half the level of Native American ancestry found in the average white American (0.18%).

Thus, Elizabeth Warren is no more “Indian” than any typical white woman in America.

But it gets even worse. Now, it turns out the husband of Warren’s so-called great-great-great grandmother was actually a militia member who rounded up Cherokee Indians, according to historical records, separating Cherokee from their families in one of the most brutal chapters of American history.

When recently asked to provide evidence of her ancestry, she pointed to an unsubstantiated claim on an 1894 Oklahoma Territory marriage license application by her great-great grand uncle William J. Crawford that his mother, O.C. Sarah Smith Crawford, Ms. Warren’s great-great-great grandmother, was a Cherokee.

O.C. Sarah Smith Crawford had no Cherokee heritage, was listed as “white” in the Census of 1860, and was most likely half Swedish and half English, Scottish, or German, or some combination thereof. (Note, the actual 1894 marriage license makes no claim of Cherokee ancestry.)

But the most stunning discovery about the life of O.C. Sarah Smith Crawford is that her husband, Ms. Warren’s great-great-great grandfather, was apparently a member of the Tennessee Militia who rounded up Cherokees from their family homes in the Southeastern United States and herded them into government-built stockades in what was then called Ross’s Landing (now Chattanooga), Tennessee–the point of origin for the horrific Trail of Tears, which began in January, 1837.

These were the troops responsible for removing Cherokee families from homes they had lived in for generations in the three states that the Cherokee Nations had considered their homelands for centuries: Georgia, North Carolina, and Tennessee.

Elizabeth Warren used her claim of Native American ancestry to gain “minority” advantages in law school and her professional career. At the University of Pennsylvania, for example, she requested the university change her faculty designation to “Native American.” She also self-identified as Native American in the Association of American Law Schools Directory.

Instead, what we do find is a record of those who brutalized the Cherokee. Will Elizabeth Warren now own up to that and admit she’s related to a militia member who separated Cherokee families via armed militia raids?

Doubtful. Like all liberals, Elizabeth Warren’s claims aren’t rooted in verifiable facts. Rather, Warren wants you to believe her fairy tale fiction, regardless of what actual DNA tests or historical records show. Facts may be stubborn things, but for liberals, they’re irrelevant to the narrative.

Elizabeth Warren owes an apology to all genuine Native Americans

In the big picture, the heritage of Elizabeth Warren doesn’t really matter, but a person who would lie about her own blood would obviously lie about almost anything. That’s the issue here: A pattern of deception and self-victimhood to achieve an unfair advantage over other women who are just as white as Elizabeth Warren herself.

Elizabeth Warren owes Native Americans an apology. In making her own false assertions, she makes a mockery of all genuine Native Americans, many of whom have suffered for their heritage, in great contrast to the way Elizabeth Warren exploited it for her own personal gain. Warren never suffered under the banner of being an “Injun.” Instead, she wrapped herself in the false banner of minority victimhood, then claimed to be “a woman of color” who needed an extra boost from society because of the grave injustices carried out against her ancestors.

It turns out her ancestors actually committed those grave injustices against the Cherokee. Go figure.

Shame on you, Elizabeth Warren. You owe an apology to all Americans… but especially Native Americans. You are an embarrassment to history, genetics and human dignity, all at once.