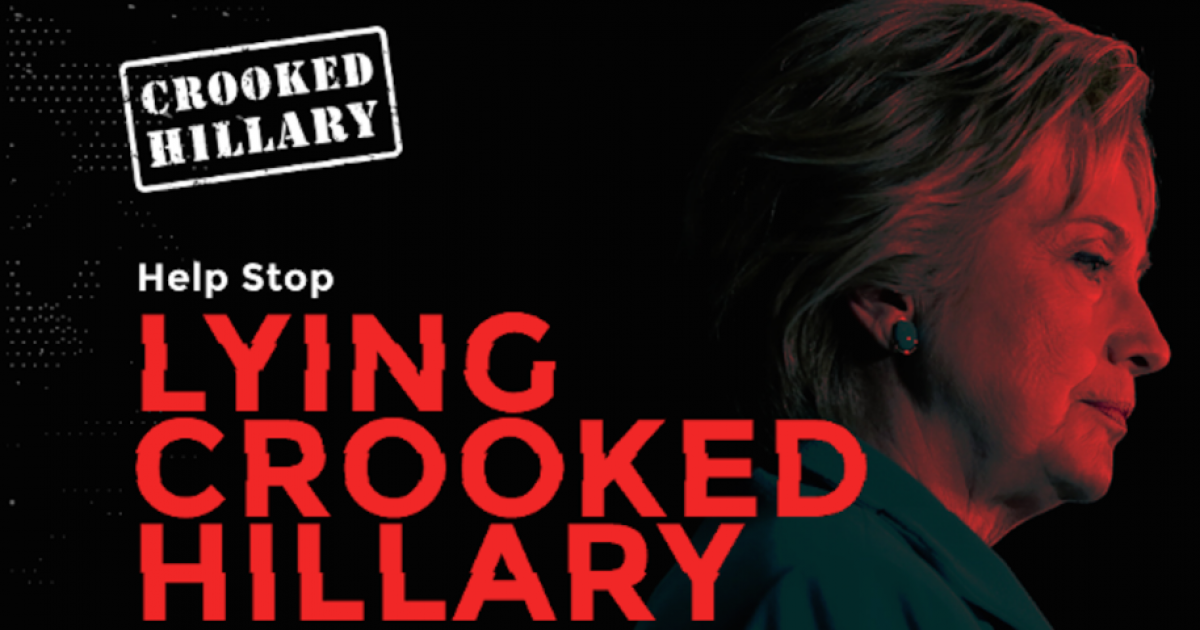 Senator Bob Menendez (D-NJ) is on the campaign trail attempting to get re-elected, and apparently, he thinks Hillary Clinton would be good for his campaign. As such, video captured the moment that Hillary Clinton’s driver was in such a hurry that he didn’t even see the concrete pillar in a parking garage and slammed into it. A dazed Clinton exited the vehicle bobbing around as she walked. All of this took place as more documents were released that continue to expose her crimes, crimes for which President Donald Trump has said she is “guilty as Hell,” and promised a special prosecutor just for her, but doesn’t want to “hurt” her because after all, she is “good people.”

Clinton’s motorcade was so quick to enter the campaign event for Menendez that her driver didn’t see the concrete pillar right in front of him.

While that part is actually funny, information released today by government watchdog Judicial Watch only documents more of Hillary’s crimes regarding her illegal email server.

First, Judicial Watch reported that 45 pages of newly released documents “reveal a ‘significant number’ of 340,000 emails on the laptop of disgraced former Congressman Anthony Weiner were between the former Secretary of State Hillary Clinton and her top aide Huma Abedin.”

Judicial Watch obtained the documents as the result of a September 2018 Freedom of Information Act (FOIA) lawsuit filed after the Justice Department did not act on two FOIA requests for Anthony Weiner laptop investigation documents, including any Clinton emails found on the laptop (Judicial Watch v. U.S. Department of Justice (No.1:18-cv-02105)).

The new documents include an October 3, 2016, email to a FBI official in New York that reads:

Just putting this on the record because of the optics of this case.

During the course of my review of a computer seized from Anthony Weiner, a seizure and search of which was authorized by an SDNY [Southern District of New York] Search Warrant, I encountered approximately/at least 340,000 emails stored on the computer. The large number of emails appears to be a result of a mail client program installed on that computer (such as Outlook) that pulled emails from servers belonging to both Anthony Weiner and Huma Abedin.

A significant number of these 340,000 emails appeared to be between Huma Abedin and Hillary Clinton (the latter who appears to have used a number of different email addresses). This is based simply a review of the header information. I did not review content of these emails, as the warrant only authorized me to view items that would give me probable cause to believe that CP [child pornography] evidence may reside therein.

SDNY is comfortable with me continuing my review as I have, which is to NOT read any emails to/from Anthony Weiner to which his wife, or a possible attorney is a party. Even if there is a third party on those emails, I will not review their content out of an abundance of caution. Obviously, I will not review any emails to which Anthony Weiner is not a party (such as emails between Ms. Abedin and Mrs. Clinton). I just wanted to formally bring this to your attention due to the pending election, the ongoing Congressional investigation into the FBI’s own investigation into Ms. Clinton’s email activities, etc.

The documents also include a September 29, 2016, FBI report indicating that after agents served unidentified persons with a grand jury subpoena on September 22, “Discussions immediately ensued between the US Attorneys’ Offices in the Southern District of New York (SDNY) and [redacted], as well as the Department of Justice in Washington, DC.”

“These new documents show the FBI knowingly sat on the Clinton emails for over a month before notifying Congress,” said Judicial Watch President Tom Fitton. “And even worse, we now know the FBI didn’t even bother to look at the emails, and then again only partially, for weeks. The Clinton email scandal needs to be reviewed again and immediately by the Justice Department.”

On top of that, US District Court Judge Royce C. Lamberth blasted the State Department saying, “The information that I was provided was clearly false regarding the adequacy of the [Clinton email] search and… what we now know turned out to be the Secretary’s email system.”

I had myself found that Cheryl Mills had committed perjury and lied under oath in a published opinion I had issued in a Judicial Watch case where I found her unworthy of belief, and I was quite shocked to find out she had been given immunity in — by the Justice Department in the Hillary Clinton email case. So I did not know that until I read the IG report and learned that and that she had accompanied the Secretary to her interview.

“President Trump should ask why his State Department is still refusing to answer basic questions about the Clinton email scandal,” said Judicial Watch President Tom Fitton. “Hillary Clinton’s and the State Department’s email cover up abused the FOIA, the courts, and the American people’s right to know.”

And people seem to be just fine with Hillary being at large and Trump not doing a thing to prosecute her as promised.