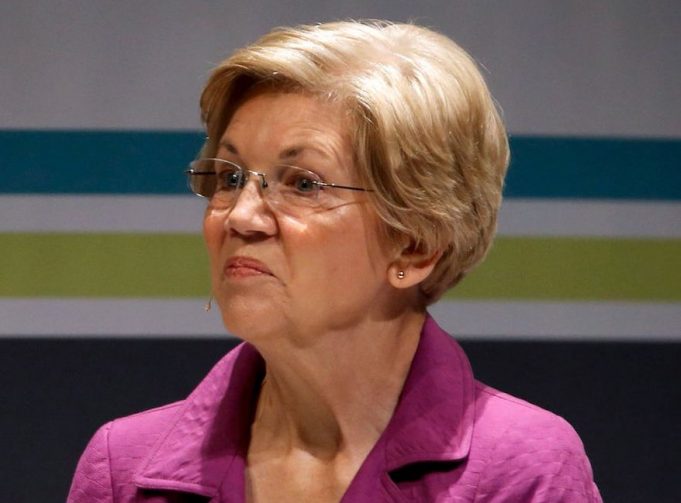 Elizabeth Warren is up for reelection on November 6th, but voters in Massachusetts should look into her history of making false claims and practicing law in Massachusetts without a license.

Besides the fact that she herself recently proved that her claim of being a Cherokee native is false, she has done and said other things that are rather disturbing for someone who holds office in the US Senate and someone who makes decisions that affect all of our lives.

One false claim Warren made was in 2009 where she claimed that 60 percent of bankruptcies in the U.S. were caused by extreme medical debt.

Warren backed her claim with her own study while at the time, Megan McArdle of The Atlantic wrote that every other study she read disagreed with Warren’s study and that Warren’s study was extremely flawed in more than one point.

In 2012 it was revealed that Elizabeth warren had been using her Cambridge, Massachusetts law school address as her office from which she provided legal services. The problem is, she was not licensed to practice law in Massachusetts.

Add to this, Warren refused to fully disclose the full extent of her private law practice. She was only willing to release an incomplete list of cases, right before a Senatorial debate.

As of 2002, Warren had at least 10 private legal matters and charged $675 per hour. Research revealed that there were at least 22 court cases in which Warren represented clients from her office in Massachusetts.

At the time, a former U.S. Attorney called for an investigation of Warren’s law practice and a substantial majority of Massachusetts Lawyers, who were polled, also requested an investigation. Regardless of this, supporters of Warren brushed it off while the mainstream media completely ignored the issue,

Add to this, there is the issue of Warren plagiarizing recipes for a cookbook called Pow Wow Chow.

The cookbook presented recipes from Native American tribes. Warren published two recipes in the book that were word-for-word the same two recipes published in the Virgin Islands Daily News by Pierre Franey in 1979.

In addition to her plagiarism in the book, she falsely claimed to be a Cherokee native.

Despite Warren’s crocodile tears for people who lost their homes due to foreclosure during the financial crisis, between 1993 and 1998, Warren and her husband flipped at least five houses in Oklahoma City for profit, including a home built in 1924 that they sold for $115,000 more than they paid for it.

In total, Warren and her husband profited $240,500 by flipping houses.

In her 2014 autobiography, Warren wrote of the events that induced the financial crisis, including the comment “everyone seems to have a story about someone they knew who was getting rich by flipping houses.”

She was likely included in a few of those stories.

Returning back to Warren’s claim that she is a Cherokee native, she also claimed she never used it for preferential treatment, although there is much evidence to the contrary.

While under pressure to diversify staff, Harvard Law School hired Warren. Warren was considered by some to be a “minority hire” and touted as the school’s “first woman of color.” She listed herself as a minority on a legal directory reviewed by deans and hiring committees. The University of Pennsylvania also listed her as a “minority faculty member.”

After all this time, Warren releases a DNA test in a failed attempt to end the controversy, right before the mid term elections.

The staffers and advisers who came up with the DNA gimmick no doubt thought that it would settle the issue, but all it did was prove her claim was false and offended the Cherokee Nation.

The DNA test actually proved Warren is as white as the average white American.

Native American DNA does not exist in researchers databases because tribal leaders discourage members from participating in genetic testing. The legitimacy of Warren’s DNA test depended on a theory that the Cherokee were descended from common ancestors who came to America over the Bering Strait, so samples from Mexico, Peru, and Colombia were used to stand in for Native American.

Added to this, Warren ignored the fact that Native American tribes require proof of decedents to be considered authentic.

The Cherokee Nation released this statement:

“A DNA test is useless to determine tribal citizenship,” Cherokee Nation Secretary of State Chuck Hoskin Jr. said. “Sovereign tribal nations set their own legal requirements for citizenship, and while DNA tests can be used to determine lineage, such as paternity to an individual, it is not evidence for tribal affiliation. Using a DNA test to lay claim to any connection to the Cherokee Nation or any tribal nation, even vaguely, is inappropriate and wrong. It makes a mockery out of DNA tests and its legitimate uses while also dishonoring legitimate tribal governments and their citizens.”

The Cherokee Nation did not embrace Warren before this event and she managed to drive them even farther away.

Warren is also a chameleon. She represented Travelers insurance company in an asbestos case before becoming a consumer rights crusader. She was paid $350,000 to teach a single course at Harvard, before deciding to fight student debt. She was a Republican, then flipped to become a Democrat. She has evolve into a fervent socialist while proclaiming “I am a capitalist to my bones.”

Warren is a typical shyster politician who has faked her way through life and into the U.S. Senate. She is untrustworthy and her agenda is to profit from her position, gain more power and inflict socialism on the rest of us.