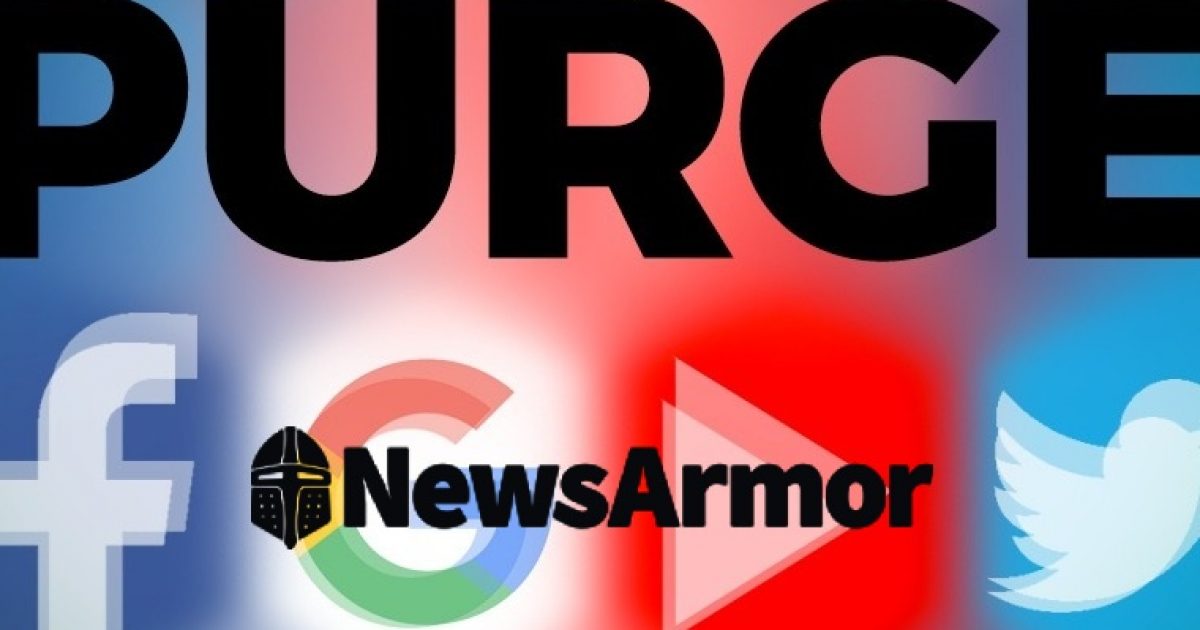 I’m happy to announce the start of a new website, NewsArmor.com.  The site was started as a response to the newly formed and heavily funded NewsGuardTech.com, which is another self-proclaimed fact-checking site, disguised as a site that claims it just wants transparency.  However, before the first articles could be published, some of which are my own contributions, Facebook went into high gear in their Nazi-style censorship, unpublishing nearly 800 pages, most of them conservative, and is preparing to do more running up to the 2018 midterm elections.  That’s why NewsArmor is setting the groundwork for a class-action lawsuit against Facebook and they need your help.

NewsArmor.com set up a GoFundMe page to call on those in America who believe in free speech, the free flow of information and the exchange of ideas to assist them in raising funds to acquire a team of attorneys to bring the law to bear against Facebook.

According to the GoFundMe page:

On Thursday, October 11, 2018, Facebook unpublished 800 pages (mostly conservative) and hundreds of personal accounts under the guise of protecting the midterm elections in November. Oddly enough Twitter also banned accounts on their platform for the same publishers at the same time. Isn’t it interesting that they took down hundreds of pages that are supporting Republican candidates 30 days before the election? The likely truth is they did this to help Democrats win the midterm elections and they had outsiders like Media Matters and New Knowledge assisting in ensuring the undoing of the conservative movement via social platforms.

The day after Donald Trump won the presidential election, immediately Liberals turned their attention to Conservative and anti-establishment blogs and websites – looking for any way they could to eliminate us!

The Mainstream Media couldn’t figure out why the nation tuned them out and turned to conservative blogs. The reason was simple: the American people were FED UP with the non-stop negative attacks on Donald Trump and the Republican Party, while the MSM acted as the communications wing of the Democrat Party!

Meanwhile, Democrats like Cory Booker, Maxine Waters, Eric Holder, Nancy Pelosi, and others are calling for violent tactics to be used against conservative members of Congress and the Trump administration, and people are acting on it! And GETTING AWAY WITH IT!

Of course, to fight the social media giant, it does take money.

According to NewsArmor, the money will be used to “hire a KILLER legal team to combat this blatant showcase of bias toward free speech,” and I’ll add fraud in some cases.

To make the case for fraud, disabled veteran Brian Kolfage, who paid more than $300,000 to Facebook for promotions and ads and then had his pages unpublished, spoke to Laura Ingraham on Thursday evening.  One of those pages was simply a coffee page, no politics involved in it.

On Friday, it was reported that major shareholders in Facebook have called for Mark Zuckerburg to be removed as chairman.  Could this be the move that people have been waiting on?  Possibly, but don’t hold your breath just yet.

While Facebook is publicly traded, I believe that because they received government money for their censorship arm of the company that they should be held to the very same standards that we hold our government to and that is that since Congress can’t make any law regarding freedom of speech, Facebook should not be allowed to willy nilly kill it either.

If you believe Facebook needs to be held lawfully accountable, click here to donate to the cause.