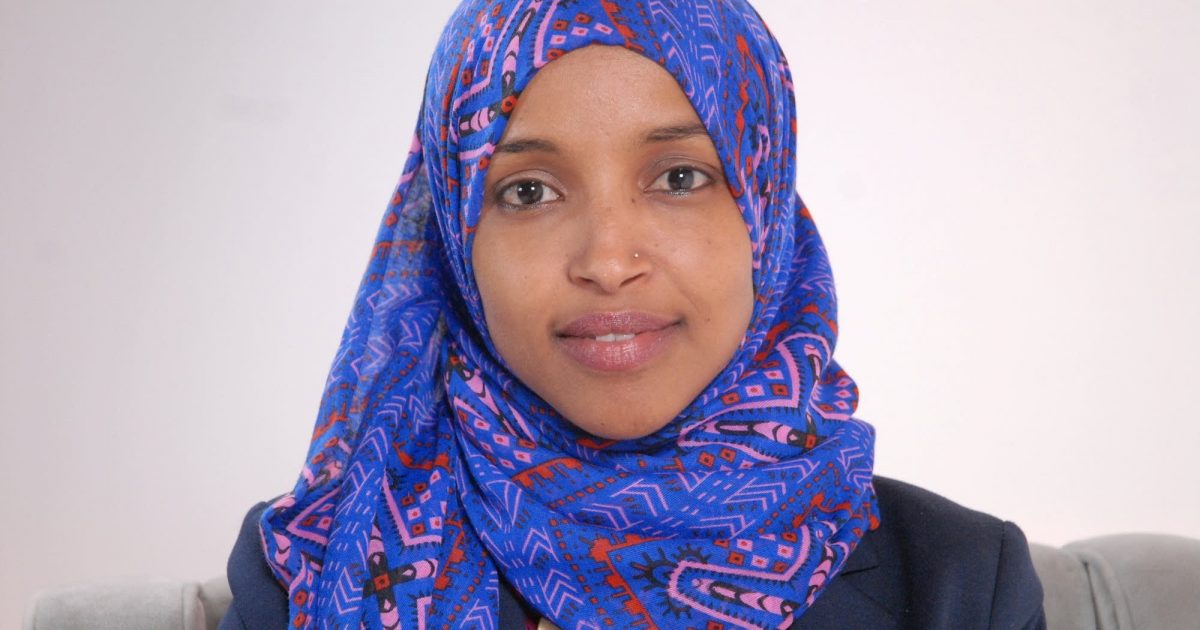 Ilhan Omar is running for woman beater Hakim Muhammad (aka Keith Ellison)’s seat. She should be deported. Instead, she will most likely be a member of Congress.

Ellison/Muhammad is the former Nation of Islam “activist” who has a long history of promoting and associating with antisemitic groups. Ellison embodied the leftist Islamic alliance, far-left and jihad anti-Israel politics.

Ilhan Omar is worse. Omar, a Muslim Somali-American who has come under fire for her harsh criticism of Israel, was one of just two lawmakers in 2017 who voted against a Minnesota bill to deny life insurance payments to any person convicted of aiding or committing terror acts.

Minnesota’s largest newspapers — along with every other mainstream outlet in the country — just whiffed on covering this: Signed, notarized court documents and time-stamped photos showing the Democratic frontrunner for Minnesota’s highest-profile House seat appearing to commit perjury.

The 2016 coverage of Rep. Omar’s marriage — which presumably motivated her filing for default divorce just a few months later — was global. Frankly, these court records may depict the most (only?) high-profile default divorce in U.S. political history.

Omar married her own brother to assist him in committing immigration fraud or some other crime.

A US Democratic candidate who has labeled Israel an “apartheid regime” that has “hypnotized the world” is facing charges that she married her brother and committed immigration fraud.

A Minnesota Democratic candidate for Congress who could become the first Somali-American elected to the US House has denounced claims that she married her brother and committed immigration fraud as “disgusting lies.”

Ilhan Omar, who is running in Minnesota’s liberal 5th District, continues to be dogged by conservatives who have raised questions about her past. As the election approaches, the attacks are intensifying: Last week, Minnesota Republicans in the 5th District began a digital billboard campaign and launched a website that highlights the allegations, many of which were first raised by conservative media outlets in 2016 when Omar was running for her seat in the Minnesota Legislature.

Omar broadly denied the allegations in a statement to The Associated Press but she declined to provide documents or answer specific questions when pressed.

“We choose not to further the narrative of those who oppose us,” Omar’s statement said, adding that she believes the claims are being made by people who want to stop a black, female Muslim from sitting in Congress.

She faces Republican opponent Jennifer Zielinski in a congressional district that includes all of Minneapolis and hasn’t been represented by a Republican since 1962. The seat is being vacated by notorious anti-Israel Rep. Keith Ellison, who is running for Minnesota attorney general.

Omar is favored to take a seat in Congress. The Jewish Democratic Council of America (JDCA) stated after her victory that it “strongly condemns Ms. Omar’s past statements characterizing Israel as an ‘apartheid state’ as well as her egregious allegation that Israel is ‘hypnotizing the world’ to ignore its so-called ‘evil doings.’ ”

“Now that Ms. Omar has emerged as the Democratic candidate, JDCA will not support her candidacy—and certainly will not endorse her—because her views are not aligned with our positions and values,” said the group.

Conservative bloggers alleged in 2016 that Omar was married to two men at the same time. Polygamy is illegal in the U.S.

A timeline provided by Omar, and detailed marriage and divorce records, suggest she was not married to two men at once.
Similarly, conservative online sites have alleged that Elmi, one of Omar’s former husbands, is her brother and she married him to commit immigration fraud.

It’s unclear exactly what type of fraud is alleged, but spouses of US citizens typically have a quicker path to citizenship than siblings, though neither is guaranteed citizenship. In addition, marriage fraud is a federal crime and could result in a prison sentence of up to five years.

Sorting out these claims is difficult without access to immigration records, birth certificates or other documents that could prove parentage or family lineage.

Omar and her campaign have declined to provide the AP with a list of her siblings but she has said publicly that she is the youngest of seven children. Elmi’s birthdate on the couple’s marriage certificate would make him three years younger than her.