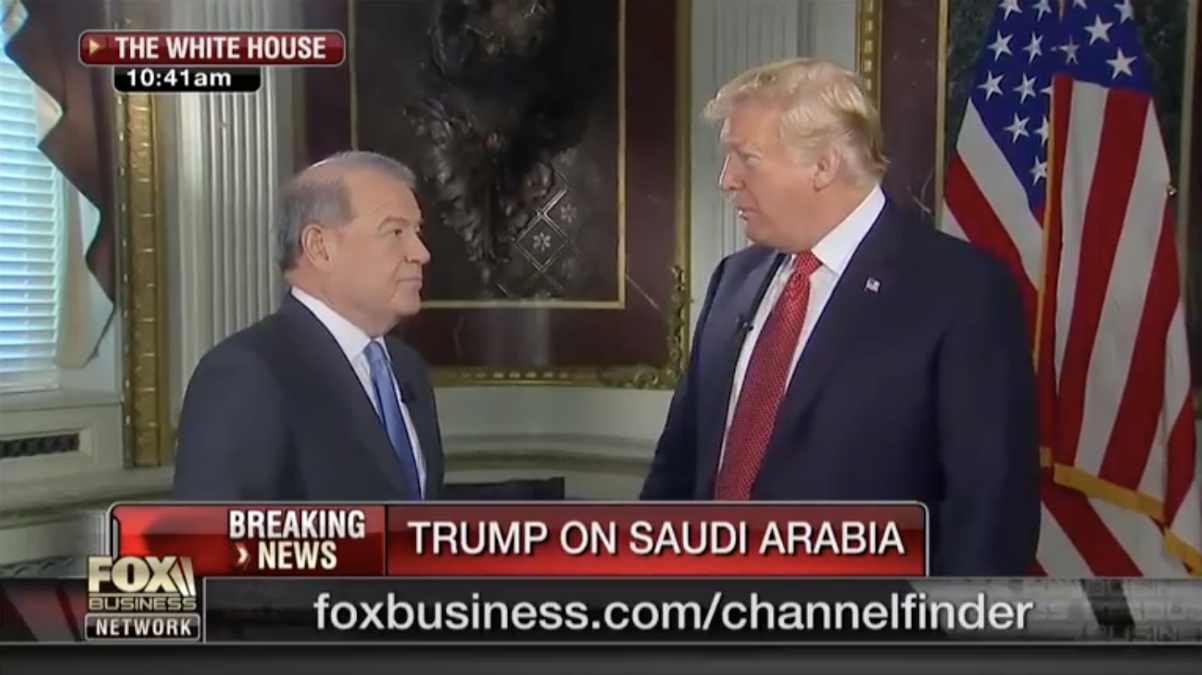 (Natural News) You can always tell these days what the disgustingly dishonest “establishment” media thinks will be ‘the thing’ that brings down POTUS Donald Trump because they cover the issue wall-to-wall and pretend as though it’s the most important thing ever, in the history of our country.

This week the ‘issue’ was the likely murder of Jamal Kashoggi, a Saudi Arabian journalist and frequent critic of the Saudi monarchy. If you haven’t heard, reports claim he was killed and dismembered inside the Saudi embassy in Turkey about a week or so ago.

No matter what you may think of the Saudi monarchy, the real story here is the American lamestream media’s pretend outrage over what may have happened to Kashoggi, as well as their angst regarding the Kingdom while ignoring some well-known facts along the way.

For instance, as Breitbart News notes, the American press was heavily reliant on the Turkish press and anonymous Turkish sources this week as details about what happened were scant. That in and of itself is the height of hypocrisy given the reputation of Turkey’s government toward members of the media.

The Turkish government “often uses false charges of terrorism to imprison journalists or dismiss government employees,” writes Breitbart’s Frances Martel. “Yet the American journalists relying on the steady trickle of gossip from Ankara have done little to highlight the poor reputation of the Turkish legal system and Turkey’s status as the world’s most prolific jailer of journalists.”

The Turkish president, Recep Tayyip Erdogan, has near-complete control over any and all information related to Kashoggi’s disappearance. So nothing will be ‘leaked’ or released without his approval. That’s just how it works in Turkey.

As for the missing journalist, there is a lot about him, personally, the American media is completely (and purposefully) refusing to mention. Breitbart’s John Nolte writes that if the reports are true that he was unwittingly preyed upon as he sought a marriage license in the Saudi embassy in Turkey and murdered, that is, of course, a horrific thing.

That said, “in the overall, existential scheme of things, it is time to turn off CNN and stop playing pretend” because “these things happen pretty much every day in that part of the world, and now we are being conned… Conned by the establishment media with a shiny piece of fake news,” Nolte writes. (Related: POTUS Trump to CBS News: Reports of ‘chaos’ in White House ‘FAKE news’.)

Our press doesn’t care about this man

The American media’s objective in the slanted way they are covering this story is so Americans will punt on their support for POTUS Trump while at the same time pushing for the U.S. to drop all support for Saudi Arabia, while at the same time ditching a vital ally in containing Iran and blow up a $100 billion arms deal that will benefit American workers and our country.

All because a “non-American was killed not on American soil,” Nolte says.

What the American press isn’t telling anyone about Kashoggi is that:

— He was a long-time friend of Osama bin Laden (since childhood);

— He was associated with the Muslim Brotherhood, an Islamic political organization that seeks a unified Arab world aligned against the West; and

— He knew that his constant public criticism of the Saudi monarchy was akin to playing with fire.

So, what is the deal, then? Why are Americans supposed to care so much? Because he was a journalist, you see, and we can’t have our allies killing journalists (especially when they are Washington Post contributors like Kashoggi).

As Nolte says, we shouldn’t dismiss what may have happened to this man but at the same time we can’t blow up a strategic alliance when many terrible things happen to people all over the world, every single day (including in Chicago, were part of the city has become a shooting gallery taking the lives of young black men).

The American media doesn’t care about Kashoggi. They care about dismantling POTUS Trump and destroying his legacy.

This is just the latest grasp at that straw.

Read more about the dishonest American media at NewFakes.com.