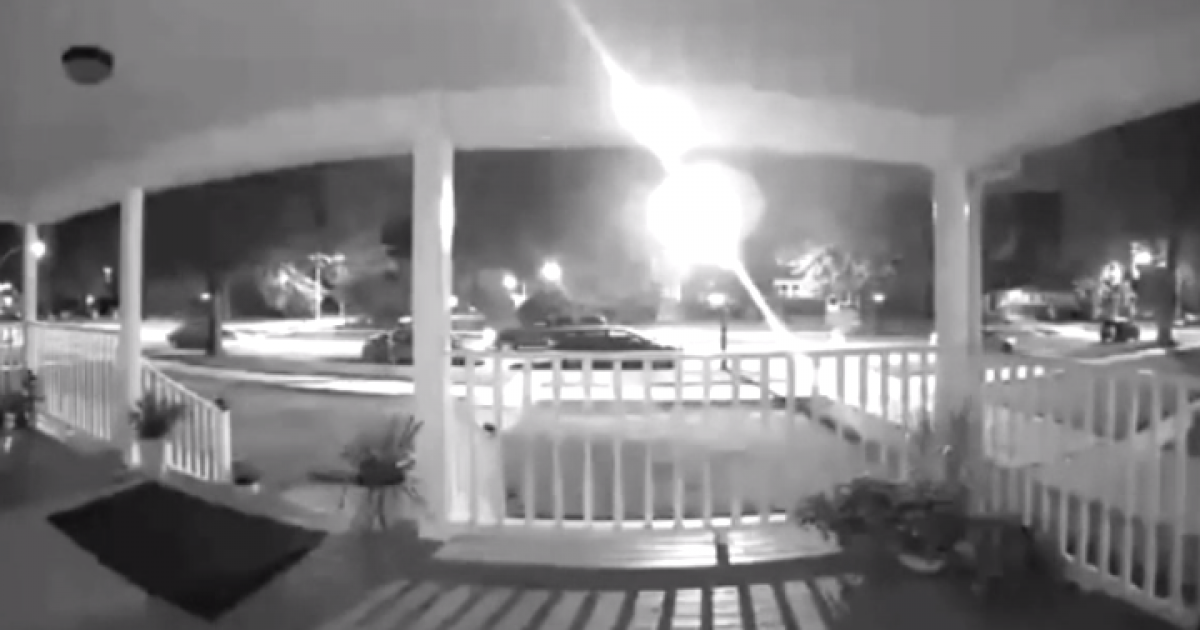 Chicago, IL — Ricky Hayes is described as having “developmental disabilities” with “the cognitive level of a child” and “difficulty communicating.” So, when a Chicago cop, Sergeant Khalil Muhammad shot this innocent teen last year, the community was shocked. Now, video of the incident has just been released showing just how shocking this shooting actually was.

The Civilian Office of Police Accountability has released video of the incident showing Muhammad shoot the autistic teen. It completely contradicts the officer’s version of events and shows little more than the attempted murder of an innocent teen with autism.

The video was from a nearby home surveillance system which caught the off-duty officer open fire from inside his truck and shoot the teen in his chest and arm.

Dashcam footage from another officer’s car shows Hayes running in the city’s Morgan Park neighborhood in the early morning of August 13, 2017, reports ABC 7.

Hayes had somehow gotten out of his house that night and was lost. However, because he had the mental capacity of a child, his behavior seemed odd to the untrained officer.

As the video shows, Hayes stops in front of a home and stands there for a minute as
Muhammad approaches him in his unmarked person vehicle. When Hayes begins to slowly move again, Muhammad opens fire from inside his truck and tries to kill the boy.

After he shot Hayes, the officer called 911, similar to how Amber Guyger did after shooting and killing the innocent Botham Jean.

“What happened?” the operator asks.

“The guy pulled like he was about to pull a gun on me, walked up to the car, and I had to shoot,” Muhammad answers.

Muhammad filled out a report claiming that he was in fear of his life and thought the teen was either going to shoot him or beat him up, so he had no other choice but to open fire.

But the video shows this simply isn’t true and no weapon was recovered. The innocent teen was simply standing there when the cop pulled up and carried out what looked like a drive-by shooting.

What was actually happening, according to Hayes’ attorney, is that the autistic teen was lost and had been skipping and running around his neighborhood like a child when he was nearly murdered.

“I was horrified and shocked by this video, and I think most everybody will be,” Hardy said.

While the video was just released, the shooting happened over 14 months ago and during that time, Muhammad has been on paid vacation as the department investigates.

The Illinois ACLU released the following statement in regard to the video.

On August 13, 2017, Ricky Hayes needed help from the police because he had left his home late at night and gotten lost. Instead of receiving help, an off-duty Chicago Police officer chased and shot him multiple times without even getting out of his vehicle first. As a black teenager with disabilities, Ricky was at a heightened risk for police violence. Thankfully, he survived – but he should never have been shot. The video shows both that there was no justification for the officer to shoot him and that initial stories told by CPD officials about the shooting—that the ‘encounter escalated’—were false.

Finally, the release of the video today should raise another important question: why was there such a long delay in releasing a video of an August 2017 shooting? For too long, the Chicago Police Department has suspended transparency for the sake of politics. This kind of ‘code of silence’ behavior should have ended with the release of the video of the shooting of Laquan McDonald. For there to be any trust that these kinds of games have ended, an independent monitor and the court must start oversight of this broken department as soon as possible.

Below is the raw video of the shooting. WARNING it is graphic.