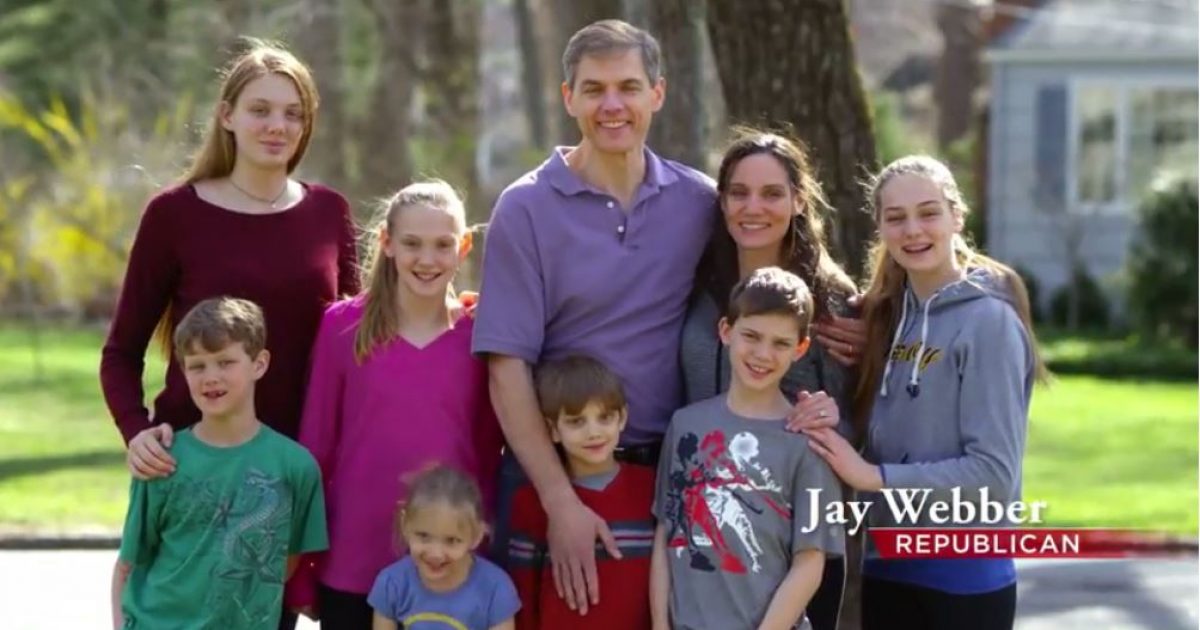 On Wednesday, NJ.com reported that New Jersey state Assemblyman Jay Webber, a Republican running for Congress from the state’s 11th Congressional District, received a threat directed at his seven children.

The report said the note was packaged with a torn campaign sign.

Webber has frequently incorporated his wife Johanna and their seven children into his campaign, featuring them in campaign ads.

The threat, which arrived with a cut up Webber for Congress sign, has been referred to the state police for investigation, according to Ronica Cleary, a spokesperson for the campaign.

The race for New Jersey’s 11th congressional district, which includes Morris and Essex Counties, is hotly contested and closely watched. U.S. Rep. Rodney Frelinghuysen, R-11, held the seat for decades never winning by less than 19 points, but Hillary Clinton lost the district by a single point in 2016. National Democrats view it as a key district in their goal to gain control of the House of Representatives.

Criticizing a candidate on the issues is part of politics. Threatening my children is not. We are thankful for the support of law enforcement as we work to find whoever is behind this gutless act. We will not be intimidated as we work to make #NJ11 better for everyone. pic.twitter.com/nmVRuV9ATH

The threat reportedly came in the mail a day after he addressed left-wing violence, incited by prominent leftists like Maxine Waters.

WATCH: The angry left is fully unhinged. Maybe b/c the left’s leaders in Washington encourage violence! Don’t retaliate! Respond by putting up more #WebberForCongress signs & volunteering. Let's win this the right way & work together to make #NJ11 better for everyone. pic.twitter.com/zgw6f4IMxm

The threat has been turned over to state police for investigation, campaign spokesperson Ronica Cleary said.

“We are thankful for the immediate responsiveness and support of law enforcement in light of this threat,” Cleary added. “Vehement criticism of a candidate on issues of public concern is part of politics, but when anonymous individuals menace a candidate and his family, things have gotten out of hand.”

“No one who decides to run for public office should feel that, by doing so, they are putting their family in danger,” she said. “I condemn this in the strongest terms and hope law enforcement determines who was behind this and holds them accountable.”

NJ.com said “anyone with information about the incident should contact state police’s regional operations intelligence center’s Watch and Warning Unit at (609) 963-6900, option 1.”