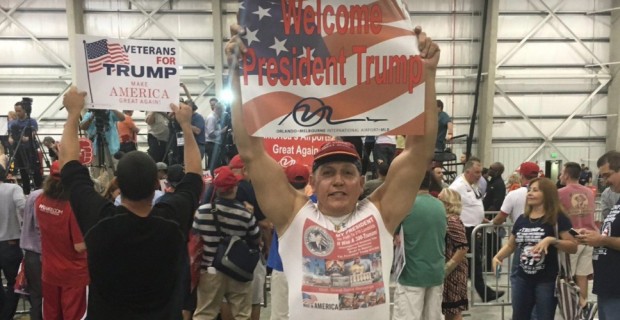 Despite his vehicle being festooned with pro-Trump stickers and him attending Trump rallies, so-called ‘MAGA bomber’ Cesar Sayoc doesn’t follow any Republicans or conservatives on Twitter, choosing instead to follow left-wing personalities like Lena Dunham, Jimmy Kimmel and Barack Obama.

Following his capture in Plantation, Florida, leftists gushed with excitement at seeing images of Sayoc’s van covered with pro-Trump stickers alongside some of the targets of his dud mail bombs, including HiIlary Clinton, in crosshairs.

However, the alleged bomber’s Twitter follower activity seems a little at odds with the image of him being a Trump voter.

Out of the 32 people Sayoc follows on Twitter, none of them are Republicans or conservatives. He doesn’t even follow Trump himself.

Some of the people who follow Sayoc are also Democrats with ‘blue wave’ emojis in their profiles.

However, all of Sayoc’s tweets are pro-Trump and anti-Democrat. He also attended numerous Trump rallies.