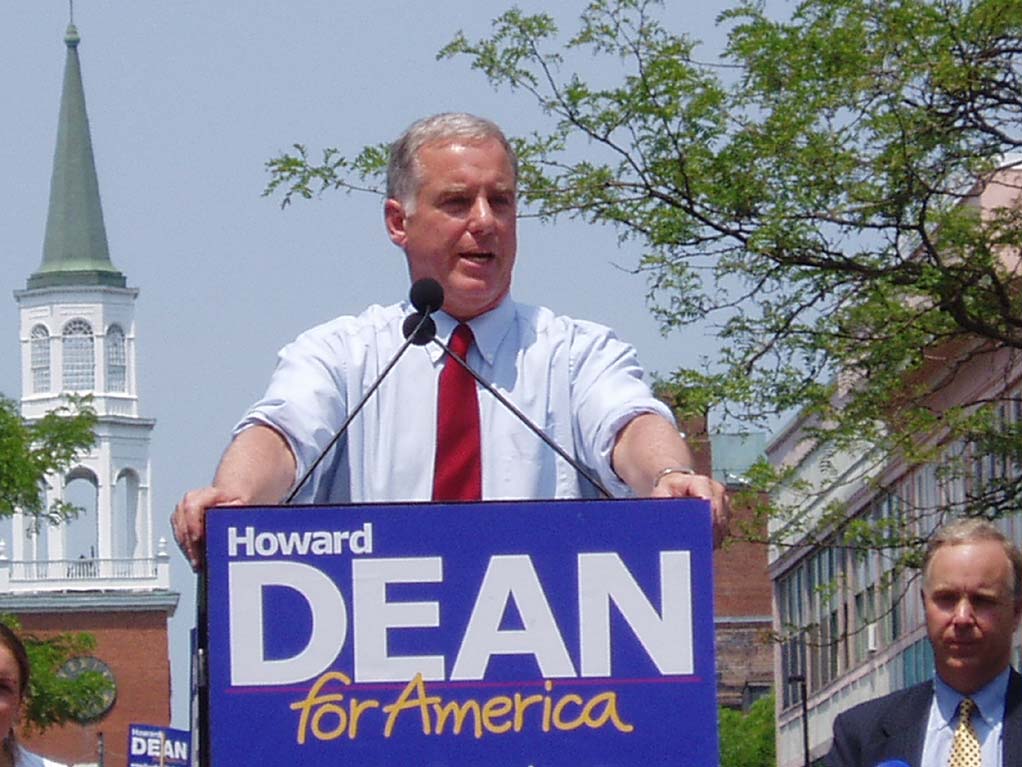 On Sunday, former DNC boss Howard Dean said on Twitter that the Twitter alternative Gab.com should be tried as an accomplice to murder in the Tree of Life synagogue shooting.

“You are a facilitator of neo nazis and other haters. You should be tried for being an accomplice to murder. You’re lucky shutting you down is all you get. A lot luckier than the 11 Jews in Pittsburgh were or the two African Americans murdered in Kentucky were,” he said.

You are a facilitator of neo nazis and other haters. You should be tried for being an accomplice to murder. You’re lucky shutting you down is all you get. A lot luckier than the 11 Jews in Pittsburgh were or the two African Americans murdered in Kentucky were. https://t.co/BjJyTbP4dC

Quite a few of his followers agreed, but many others took him to task for his hypocrisy.

Twitter should be tried as an accomplice to terrorism with Sayoc, shouldn't it? Also, since Richard Spencer is a verified check mark, Twitter's a facilitator of neo-Nazis, aren't they? Either you're a geezer who doesn't know what he's talking about, or you're a liar.

Sayoc was quite active on Twitter, and followed notable leftists, including Barack Obama — one of those who was targeted with a device Sayoc allegedly sent him.

Delete this tweet.
This is an embarrassment, even for you.

Dean isn’t actually holding office any longer, but we understand the sentiment.

Read some of the Lefty comments on The Hill sometime. By your standards The Hill should be deplatformed too. It may take awhile, but eventually you are not going to like the new rules you are making.

Good point.  Quite a few criminals have been active on social media, including Facebook and Twitter.  By Dean’s alleged “logic,” all of those sites should also be tried as accomplices.

You are against free speech! What about those killing talks on Twitter, fb? Waiting to hear you say the same to them…What?You're afraid because they are big tech?

So why target Gab, which, as of this writing, is not available?  According to the Pitt News, the alleged shooter posted a message which read, “I can’t sit by and watch my people get slaughtered. Screw your optics. I’m going in.”

The social media site stated in its community guidelines, which are no longer accessible, that “Gab’s mission is to put people and free speech first. We believe that the only valid form of censorship is an individual’s own choice to opt-out.”

Gab also prohibits users “calling for the acts of violence against others, promoting or engaging in self-harm, and/or acts of cruelty, threatening language or behavior that clearly, directly and incontrovertibly infringes on the safety of another user or individual(s).”

On Saturday evening, Gab released a statement via Medium regarding the Tree of Life massacre. In the message, which has since been taken down but is available on an internet archive page, Gab defended its online presence, condemned the murders and advocated for more free speech.

“Gab unequivocally disavows and condemns all acts of terrorism and violence. This has always been our policy. We are saddened and disgusted by the news of violence in Pittsburgh and are keeping the families and friends of all victims in our thoughts and prayers,” the statement said. “The answer to ‘bad speech’ is more speech. Censorship and pushing people into the shadows will never be the answer. Words do not kill people. Guns do not kill people. Social media platforms do not kill people. People kill people.”

Because the shooting suspect had an account on Gab, the site was banned by a number of online providers, including PayPal.

Moreover, Twitchy said, “their provider, GoDaddy.com, gave them until tomorrow to switch providers.”

The site has threatened legal action if GoDaddy follows through with its action.

Andrew Torba, the CEO and founder of Gab, spoke with Infowars’ Alex Jones about the issue on Sunday.

“Gab did not kill anybody, no social media post ever killed anybody, the only person responsible here is the individual and I think it’s disgusting that I’m being attacked, my face is being put up next to this guy as if I’m the terrorist, we’re receiving death threats,” Torba said.

“Every single day we see thousands of tweets calling for people to kill the president of the United States and this is allowed, we see live streamed murders on Facebook, we see criminal activity in very high volumes across all of the mainstream social media platforms, including ISIS terror cells and pedophiles preying on children and nobody is calling for Facebook to be shut down, nobody is calling for Twitter to be shut down,” he added. “So to take the disgusting actions of one man and shut down an entire platform….demonize me and make me out to be some form of terrorist for allowing free expression and individual liberty online for all people is absurd.”

But sadly, “absurd” has become the left’s stock in trade.